Another Troll climbed down the Hill

I've just finished the second of the total of five gigantic Hill Trolls John did for the Wargames Foundry's fantasy range.

First one I painted was the Troll Champion. For this second one I choose the Axe-Bearer. This guy holds a ridiculous huge axe. The Troll is about 3½" tall in itself - but the axe ...? it's bigger ... almost 4½" - this guy will take down a house, if he has to :)

Again, it was a enjoyable miniature painting. I just love these Troll characters. Sculpted with such great humor and love details breaking up the enormous skin areas.

The guy is really top heavy so it really need some base weight. So spend quite a bit of time making it as I had to use slate stone to give it enough weight but also needed to pin the miniature down. 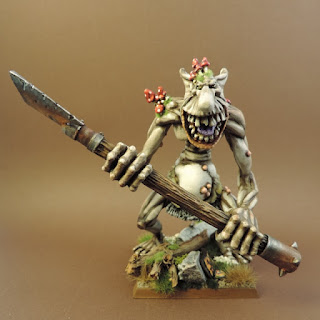 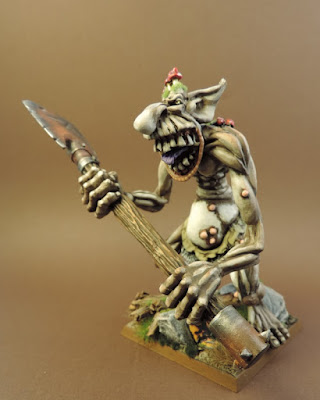 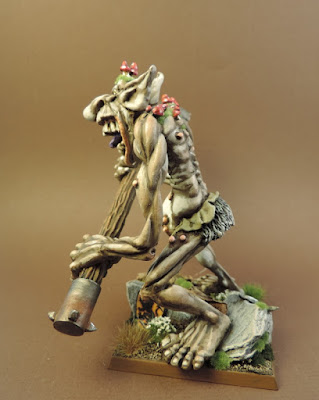 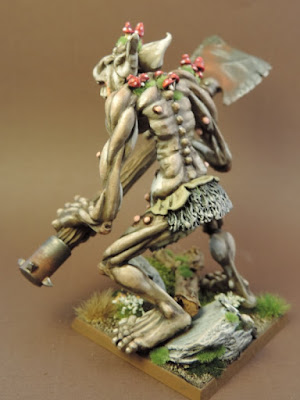 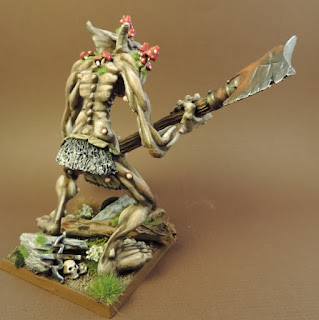 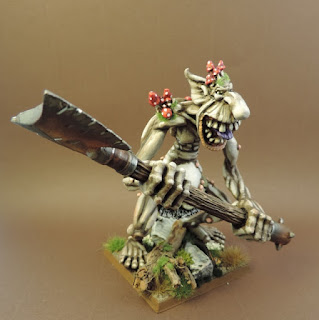 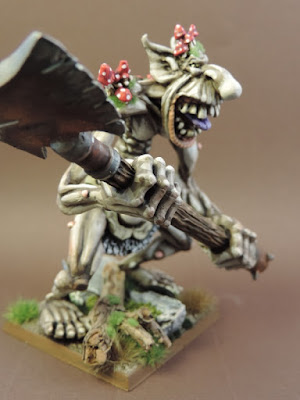 And as you see on the pictures they were actually rather challenging taking without stealing the focus :) - so here's some pictures zooming in on some of the details. 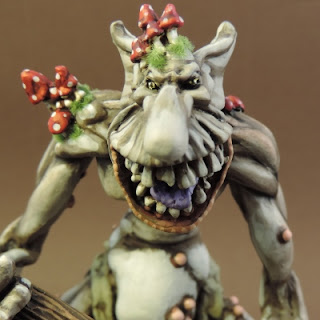 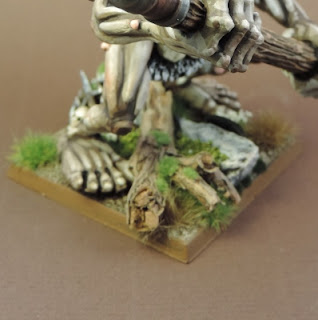 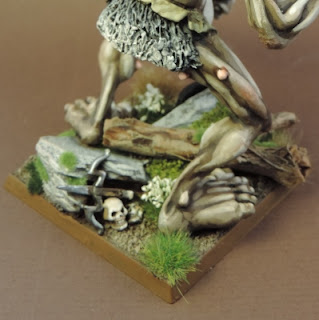 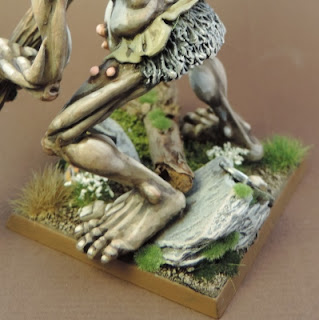 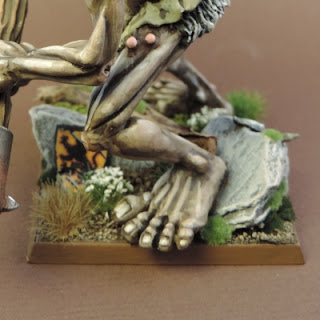 And last, the two brothers-in-arms - just three more to go :) 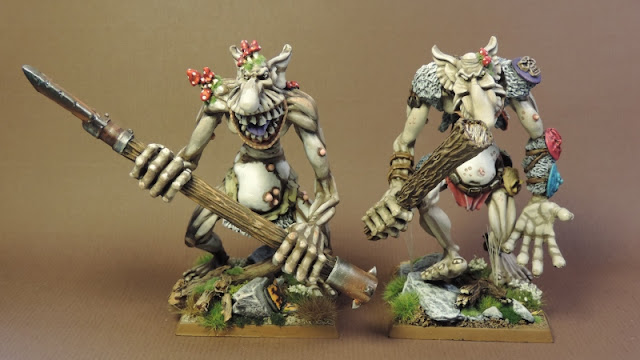