Third Hill Troll is done - and this one was quite a challenge. Been sitting here - finished - for 3 weeks, without posting - as I really didn't like talking about it :(

This one is the first one of the throwing ones, and I decide doing the one chucking a rock - and I must say that this "one foot base-contact pose" was almost destroying the miniature.

I should have noticed this from the very start, as the weight balance is a bit strange on this one here. But I didn't - and close to finishing it broke by the ankle. Wonder why I needed a toothpick when doing this WIP picture? Lesson learned, I hope. 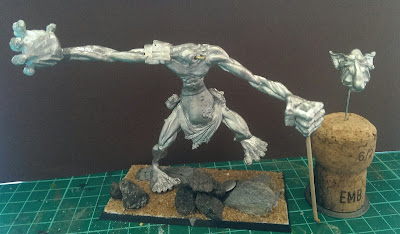 I drilled a 2mm hole through foot and lower leg and pinned it with brass rod and then repaired it with green stuff. And then repainted the ankle area. Thought I that had saved it, but no - the repair was weak and after a day it started leaning forward and the left almost touched the ground. Bending it back broke the ankle again. So had to start all over and ended up pinning the left foot to the base, too. 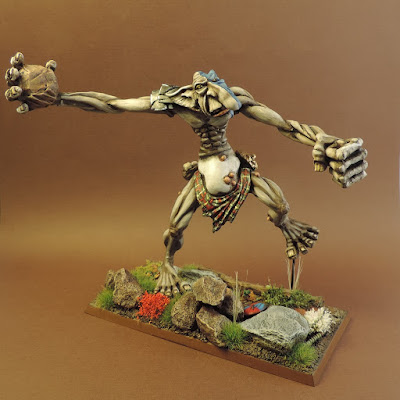 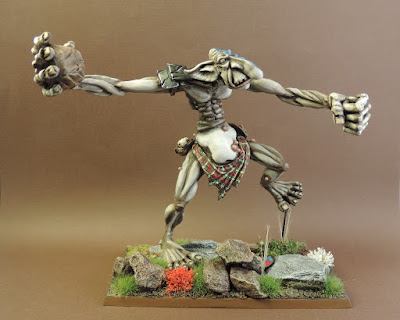 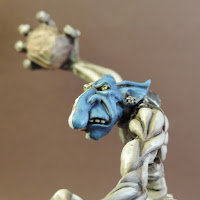 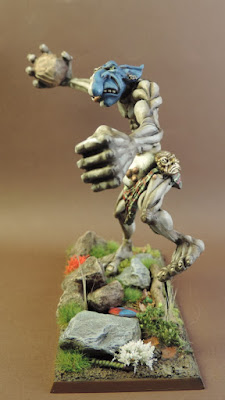 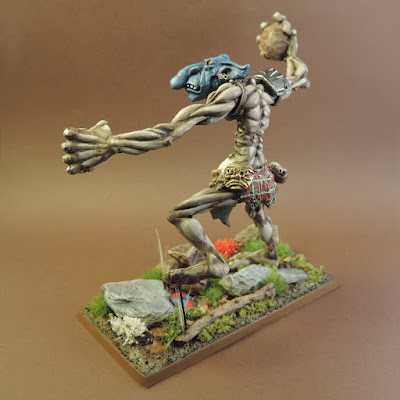 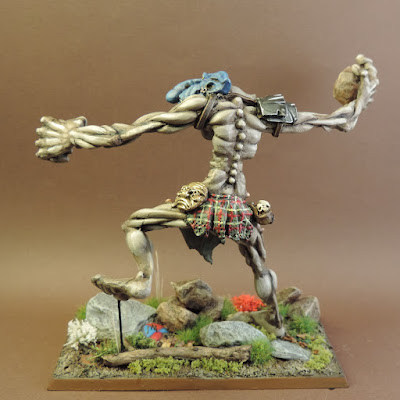 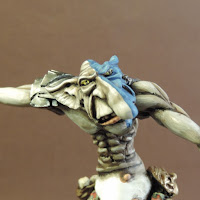 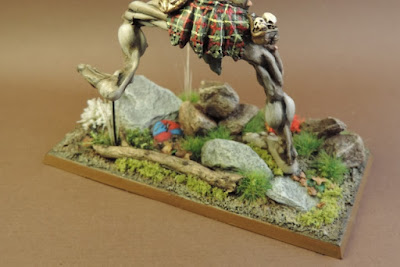 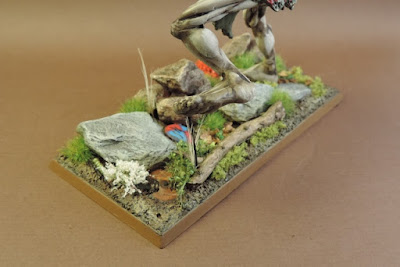 That's the third Giant Hill Troll done and dusted. Two left to go but I'll have to sit on this for some time. An awful experience, it was - and I don't really feel like start doing another right now - especially not the para-glider one.