Those of you that follow my adventure into miniatures making will know today's painted piece, as it has already been released as part of my Ewal Dvergar project.

This one is a rather strange creature. Definitely not a classic evil dwarf creature being part Dvergr, part Pony - cause yes, he is actually a "pony centaur" - I know, a  rather stupid concept isn't it?

Back in 2005, when I returned to the Chaos Dwarfs (after abandoning them in the mid '90s), Like many, I began scratch build Chaos Dwarfs from WFB 6th edt. Battle for Skull Pass (BfSP) dwarfs.

I was rather hooked on the project but it lacked a good alternative for the elite cavalry. Some began using the Bull Centaurs from the 5th edt Big Hats but I'd never really fancied the cow-approach to Chaos Dwarfs and I didn't really think it matched the cheap, scratch building, diy BfSP-Chaos Dwarfs army project, so I started looking into alternatives.
I played around with Goblin Wolves and Orc Boars, but I never found a strong enough concept. I began looking at what others have done and saw they had turned their eyes at the pony wagons found in both the BfSP and GW Dwarf Miners boxes. I've seen much during those years, but I think the idea of a "Pony Centaur" was what nailed it and made me bag the scratch building project for good and made me start re-collecting the true original chaos dwarfs/mini chaos warriors again (those Citadel and Marauder Miniatures made in the mid/late'80s) again. Pony Centaurs .... that's the stupidest idea I'd ever heard of - and definitely hadn't anything to do with evilness and chaos (IMHO) :-)

During the Ewal Dvergar devolepment I've spoke with John Pickford about making centaurs for my project - and I was rather choked when he dared suggesting: "Pony Centaurs". At the time he and White Knight was building the wonderful Dwarf Pony Cavalry and as he had some left overs laying around, John asked me to sent my favourite Ewal Dwarf body, and he'd prove that the concept could work.

Out of that came Finngálkin  - and with the permission from White Knight this beauty has been borned: 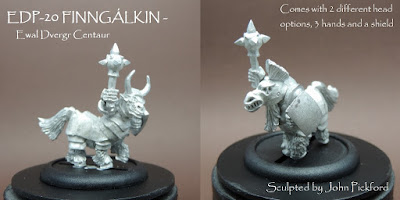 And it certainly forced me to eat my words again as I think John really got the best out of it - helped along with the humours Cow-masked and Pony-visored helmets. Absolutely brilliant. 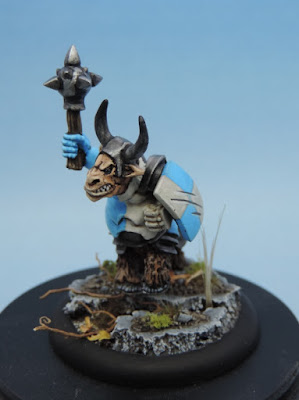 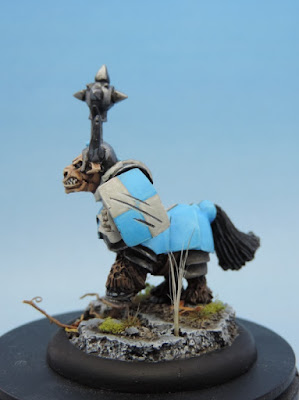 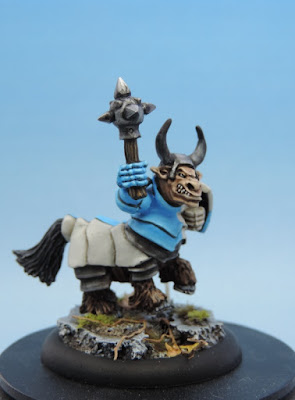 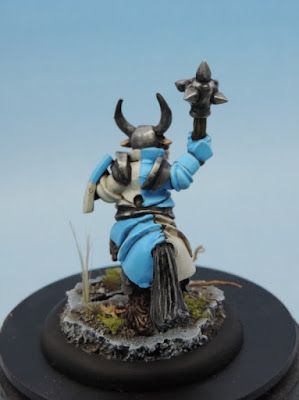