When returning to the hobby, back in 1999, I began building a 40K Ork army. I had big plans for this army but I soon realised that the changed Warhammer 40.000 game wasn't really for me. I came to Warhammer in the Rogue Trader years, and hadn't paid much attention to the big rule changes that followed. So after a short "love affair" I boxed it all and put it aside.

Years after, I gave it all to my oldest son, when he found an interest for miniatures painting and gaming. He did paint a few pieces but else played with it unpainted.

However, one miniature was special to him and he has often asked me to paint it for him. And like all dads I've answered in the usual "yeah, of course my son"-kind-of-way - but never got round doing so.

Years has went past as he has just turned 14, and I've almost forgot about it. Till recently, when he turned to me and said that it would mean a lot if I would paint it as a gift for his confirmation ..... I'd done similar for his cousin some years ago and apparently he remembered that. I couldn't of course turn him down and say "no" - so with only a few spare hobby hours and a very strict deadline, I set out to fulfil his expectations.

The figure, that's so special to him, was a simple head swap conversion - utterly stolen from and old White Dwarf Magazine back then. It has a metal Ghazghkull Thraka Ork Warlord base with a Black Orc standard as a head - nothing really special about it - other than it's size - and the huge power claw ... 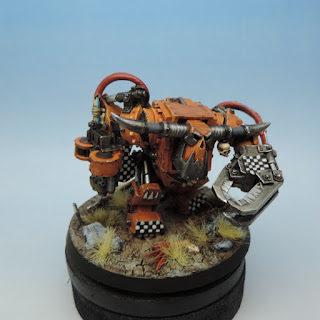 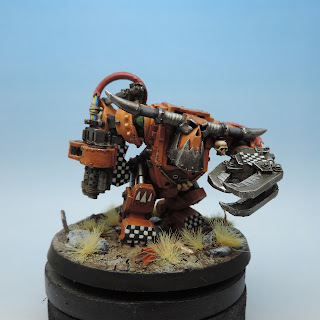 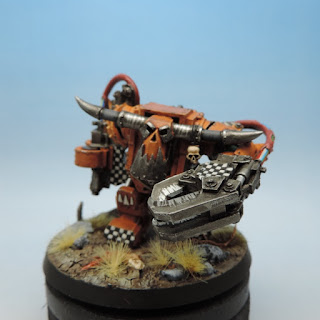 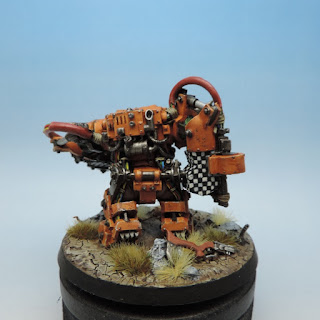 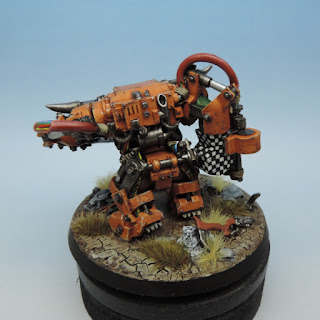 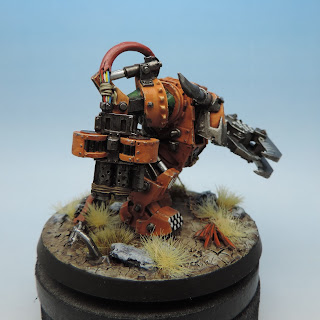 It was a tight deadline. It could have benefited from a few more high lights here and there but I'm overall pleased and so happy, that I could fulfil my sons great wish and present him with this on his big day - 6th of May 2017. Will probably never see play and therefor glued into this glass dome 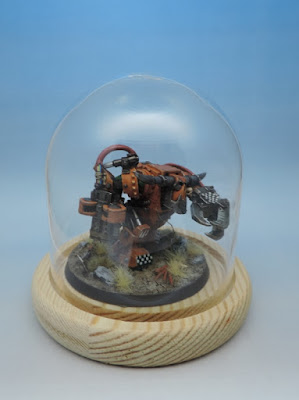 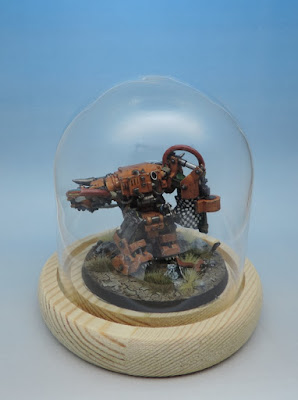 Congratulations on your confirmation, son - mom and I are so proud of you.
Posted by CLAM at 11:40 AM