Sorry for the quietness, but I have had a doctor's appointment - an appointment with the FU UK! Faceless Stalker/Asylum Doctor - another gem from my Pickford collection.

The Doctor was an entry for the 2006 FU UK! Sculpting Contest: "Asylum" (@the Frothers Unite-forum). 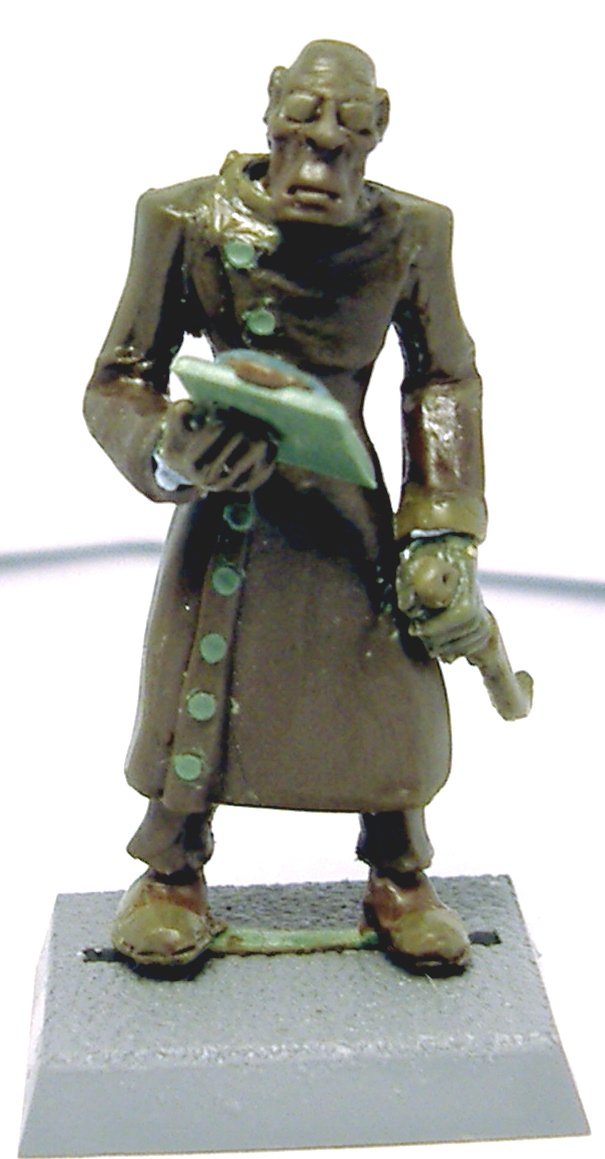 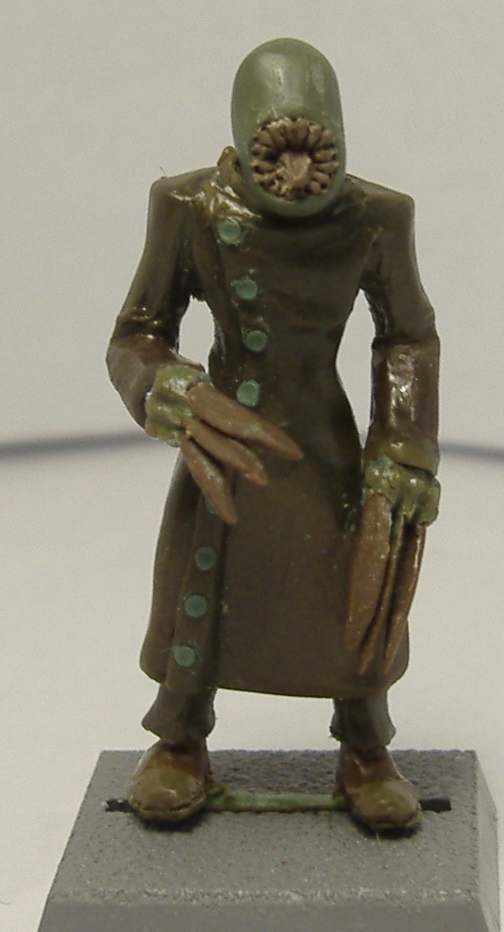 The miniature didn't win anything but was picked up by White Knight and moulded, but unfortunately never released. Luckily I have been given a copy of the initial master run of this wonderful piece (though I wish it would have been commercially available so I could have had two, as it was very hard to decide which head/hands to use) - but I went for the Asylum doctor's look - but instead of using the knifes hand I converted him slightly and gave him a pen. 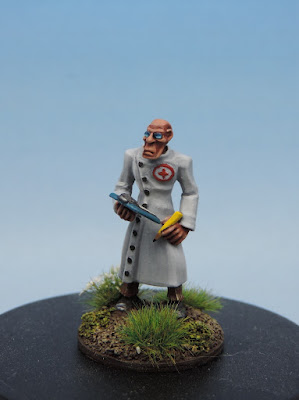 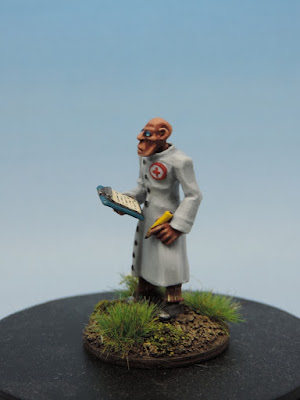 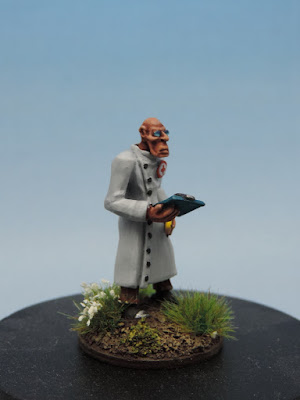 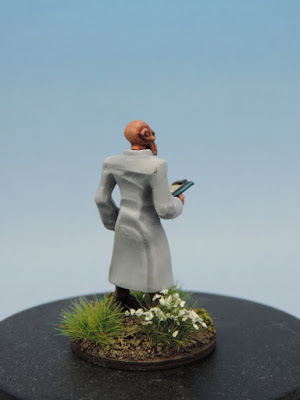 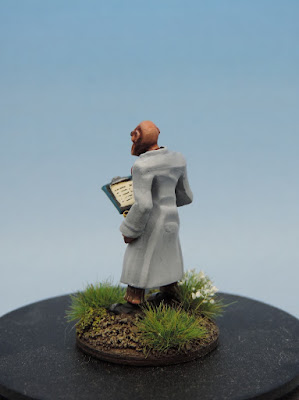