The Secret of the White Knight

As announced last, there would soon be even more dwarfs found here. And, I won't let the dwarf fans here down :-)

9 months ago I saw the beginning of the most interesting private dwarf project at Frothers Unite. The project was about doing multipart dwarfs in a Renaissance themed design fitting the style and scale of old dwarfs from Marauder Miniatures. I have always loved the old Marauder Miniature dwarf/Chaos Dwarf miniature line - but for me, the most interesting part was that he had commissioned Mr. John Pickford to do him a personal army.

The brain behind the project is a highly valued hobbyist White Knight. White Knight is a great asset in the miniature hobby world and is doing a fantastic job at hobby communities like Frothers Unite and Lead Adventure (and probably more).

As said, it's a personal project for White Knight, but in May he gave others a chance getting insight into his secret project - and opened up selling off some of the extra sets that has been made.

An offer I couldn't refuse - and also advertised a bit here.

If you want to learn more, you should visit the WK Miniature Imperium.

And not only an offer I couldn't refuse - but also a set of miniatures in such a style and quality that I couldn't resist start painting some of them.

So, I did these three here for the monthly painting challenge at Powerfist (a Danish Miniature Forum). 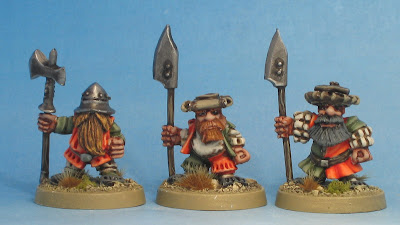 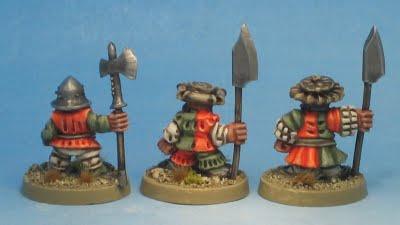 Such a joy painting and I'm rather sure that the last 5 of my Halberds/Poleaxes will soon get painted (Ohh, should probably have said 4 and my converted Champion :-P). Also got a set of the WKD-01A: Dwarf Core Infantry with Spears/Pikes 1- and already thinking of a colour scheme for those, so .... more dwarfs are coming, but first i have to fulfil my commitment to other painting projects.
Posted by CLAM at 8:51 AM