As said yesterday, I've been painting for a "commission" I took back in September 2011. A good friend asked for help painting his Orcs and Goblins, and offered my help especially after knowing that part of his collection was some of Wargames Foundry Renaissance Orcs (or Ogres, as they like to call them now).

Painted the first one straight away, but the other two kept sitting on my desk. Been felling so bad not finishing these, so now that I'm back I "forced" myself finishing them - asap. Not that I needed to be forced, though. The miniatures are done by Kev Adams and ooze of character and was rather fun painting - so when I first started the miniatures painted themselves, so to say. Only distraction has been my Brush Slave League (BSL) round 2 team.

So here are they: 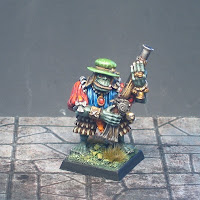 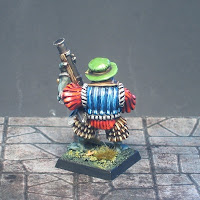 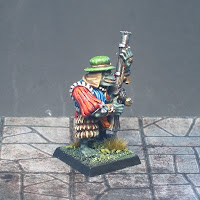 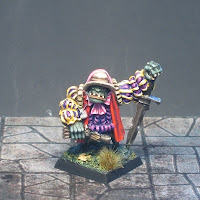 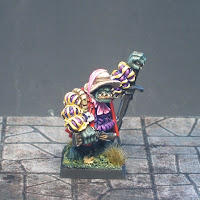 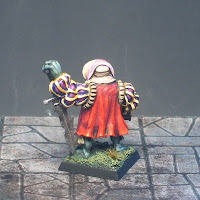 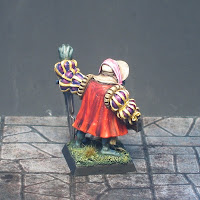 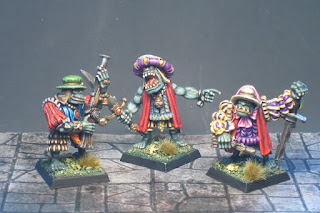 But please remind me of this, next time I say yes to do something like this :)


Another piece I've been looking forward painting is now finished. Many years ago I was the lucky owner of the unreleased Marauder Miniatures Dwarf on Pony, but traded it for something more needed 8-10 years ago, and have (of course) regretted it many times since. Why do we never learn?

But with WKs awesome stuff, I now had the chance to create myself a new heroic leader for my Pickford/Marauder dwarfs.

Back in October I shared this at Twitter.com:

It's a converted WKmini Light Cavalry Pony Rider turned into a classic Lance Knight with some accessories from Miniature-Heroes - and would now do the job perfectly. 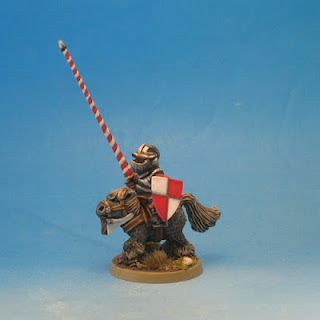 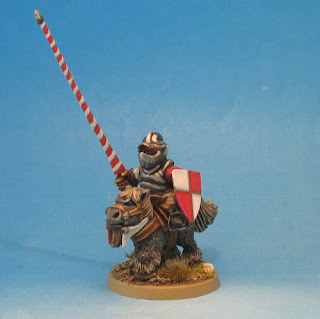 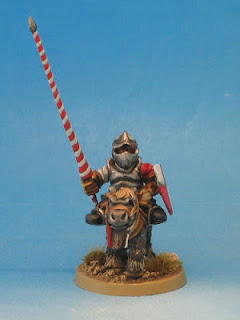 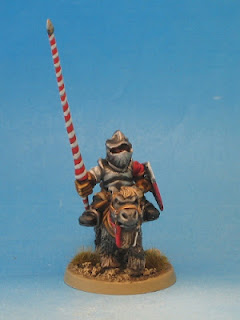 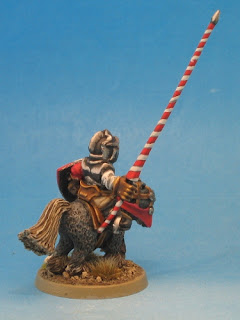 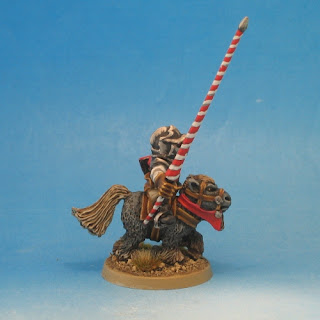 Quite pleased with him actually - and think I might do one or two more :-D But next (WKminis) on the list are the Pony Rider Command with converted banner bearer and drummer, but I might save them for the BSL round 5 :-P
Posted by CLAM at 10:36 PM