Been trying to get this here poster all week, but my life is a bit hectic right now (in a good way) - so haven't really had the time. But, as I have just finished a small "commission" and my second round team for the 2nd round of the Brush Slave League I need to calm down a bit before I can go to sleep, so why not spend the time wisely and share this little piece of exciting news.

And yes, it's White Knight again - and this time it's a fantastic set of command figures for the core infantry men.

As always multiparts with lots of options for you to customize your miniatures.

So lets start with the single part musician, shall we :-P

A classic dwarf drummer, but John has really spend some time doing the details right - and the end result is fantastic. Lovely character. And saying its a single part miniature ain't quite right, as he has a separated head, of course. So, most small beard heads from the range will sit rather well on this guy, I guess.

Next, the standard bearer! Lots of options for this guy. Separate head and the choice of 3 different standards - should really give you the possibility to personalize each bearer. 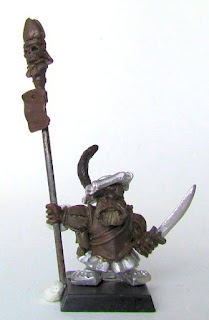 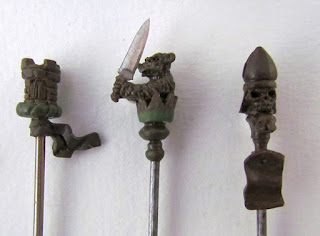 And last, my favourite, the Champion. A quite dynamic character with the option of 3 different weapon hands (pistol, sword and hammer) - and 2 different shields. And again a separate head so you can make even more variants. 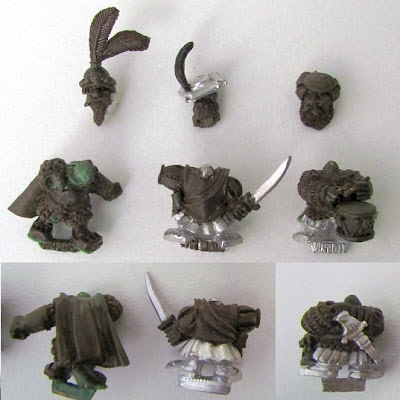 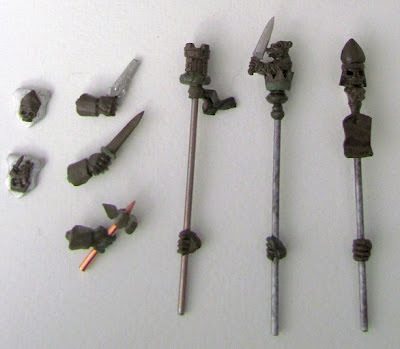 Another strong release, I must say - and definitely on my list of April purchases, as these are expected to be out within a few weeks.


White Knight has also been experimenting doing some minor conversions, himself - so not exactly Pickford sculpts, but close (but is it close enough? ;-) ) 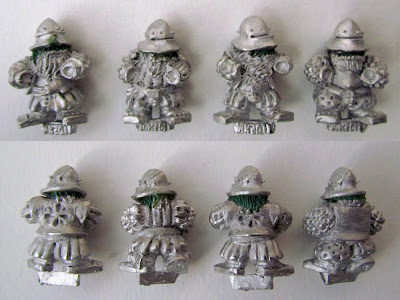 Would certainly look cool doing a unit of these armed with spears - unfortunately I don't think they would rank up that well on 20x20mm square bases, though.

Last "home made" conversion is a 4th body for the rank and file Zweihänder - where the great sword is replaced with the flambergé. 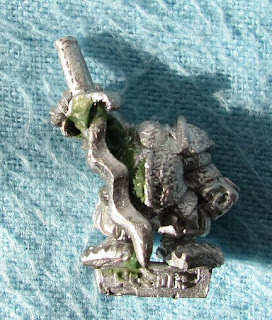 A clever conversion, in my opinion and will make a great addition to the coming range of Great Swords.

All-in-all some great miniatures coming to keep an eye out for.
Posted by CLAM at 2:01 AM