Sorry for the absence here on the blog :(

Health has, yet again, had a major influence on my hobby and time for painting miniatures. It has even been a struggled keeping the Collecting John Pickford news-section up to date, ignoring the fact it doesn't involve much "work".
I've had changes made to my medication and have also managed to increase the physical training, but at the cost of hobby-hours. But there has been some small progress, and I have managed finishing quite a few pieces that have been standing here way to long.

Today's miniature was my entry for the 2nd round of the Brush Slave League, but due to the changes in format, it was held in reserve and was first entered in the 3th round.

The miniature is a conversion of the Impact! Miniatures Zoat the Bibbisaur by John Pickford (also look here). Started working on this piece 8 months ago, but was never finished. BSL was the perfect excuse to finish it, as big creatures are rewarded.

The Bibbisaur is originally made for Fantasy Football, but as I'm no longer into the genre, I decided to fantasize it a bit. A rather straight forward job, as all the iconic Fantasy Football spiky bits are all separate pieces. 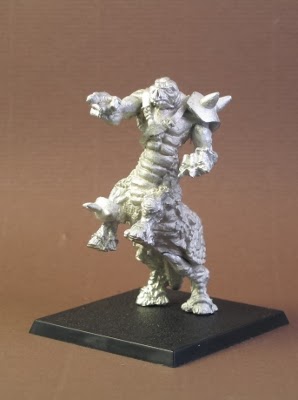 So, I gave it new shoulder guards made from some plastic Chaos Warriors and a  plastic sword (think its from some GW Ogres), found in the bitz box. Kneepad was replaced with a Dwarf buckler shield and a Marauder Miniature shield (Dark Elf) was then glued  to the back.

Impact! Miniatures: Fantasy Zoat (conversion of their Zoat the Bibbisaur) 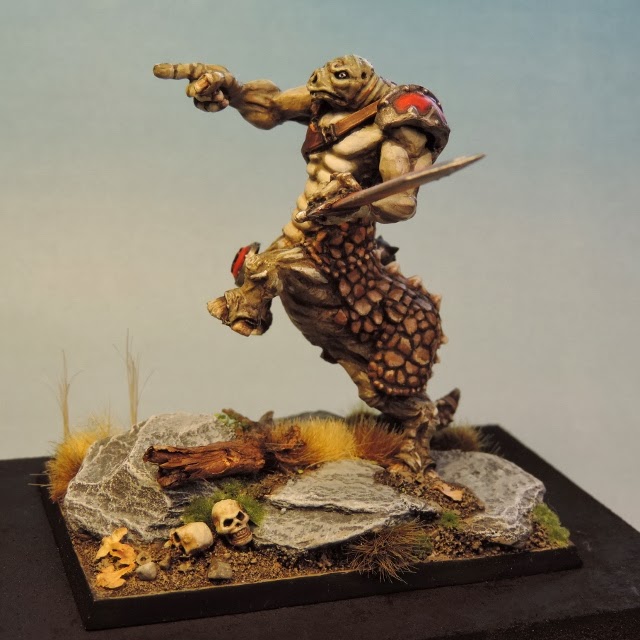 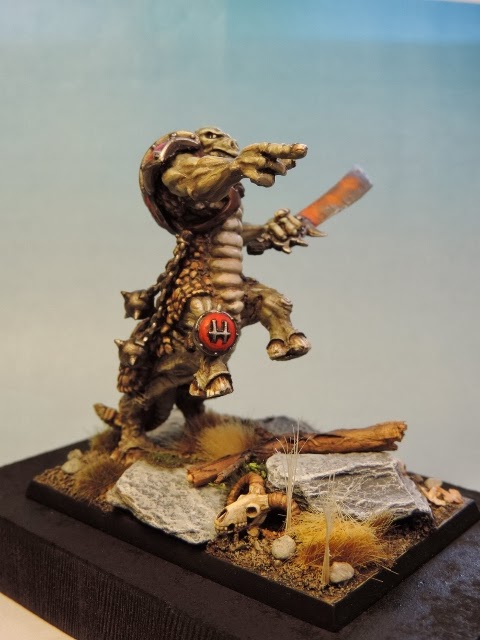 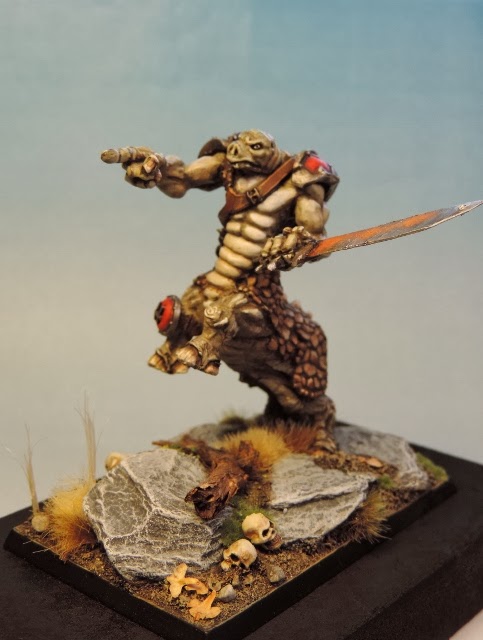 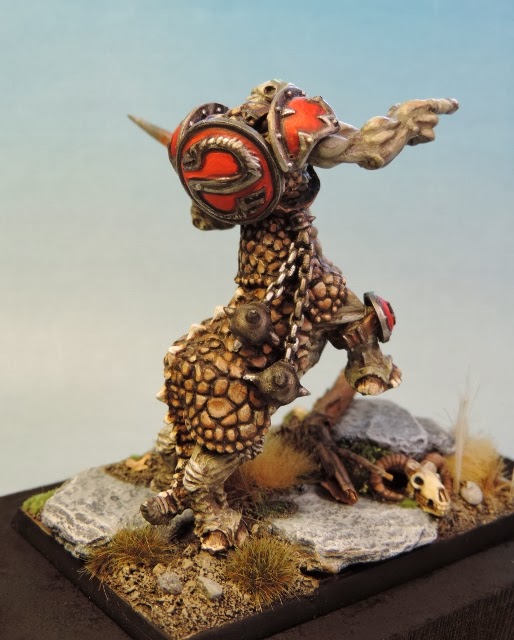 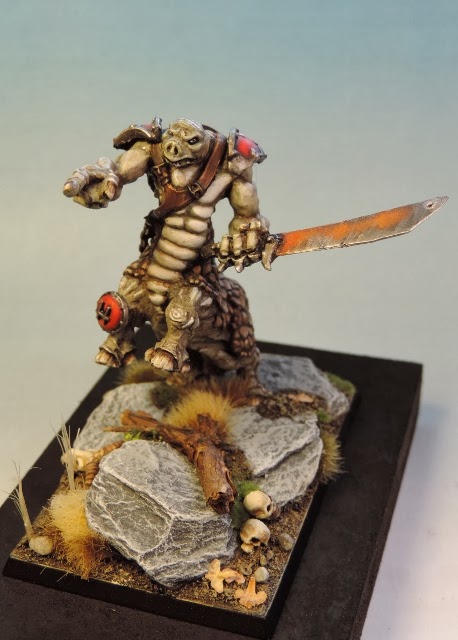 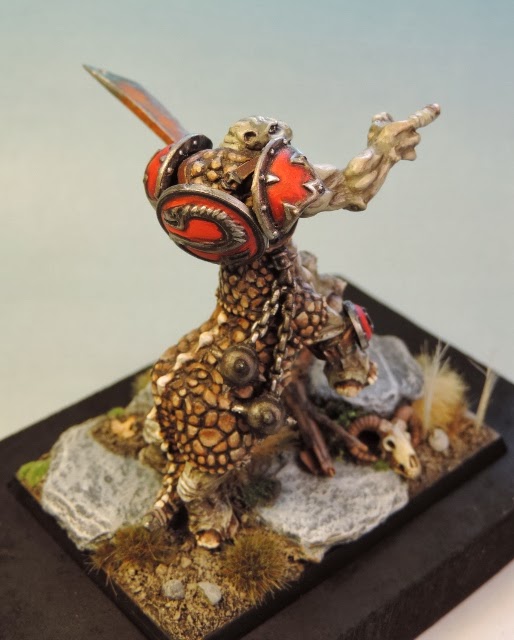 Think I might be getting a few more of these. Will look nice side-by-side as a little cavalry unite, I think. Will probably have to change the pose a bit - can't have all those guys pointing at you, like that :)