For long, I thought the story of John Pickford doing a Dragon was nothing but a Myth. Much has been said about such a creature exists, but I'd never seen one piece of evidence - and even John had barely any recollection of a such. All he gave me was a few key words like "maybe there was, but its gone and wasn't really good" or "lost, broke apart during moulding" - you know, just like in most dragon tales - they are said to be there, but no one have ever really seen them.

So, you can probably imagine how surprised I was finding this pair of wings .... 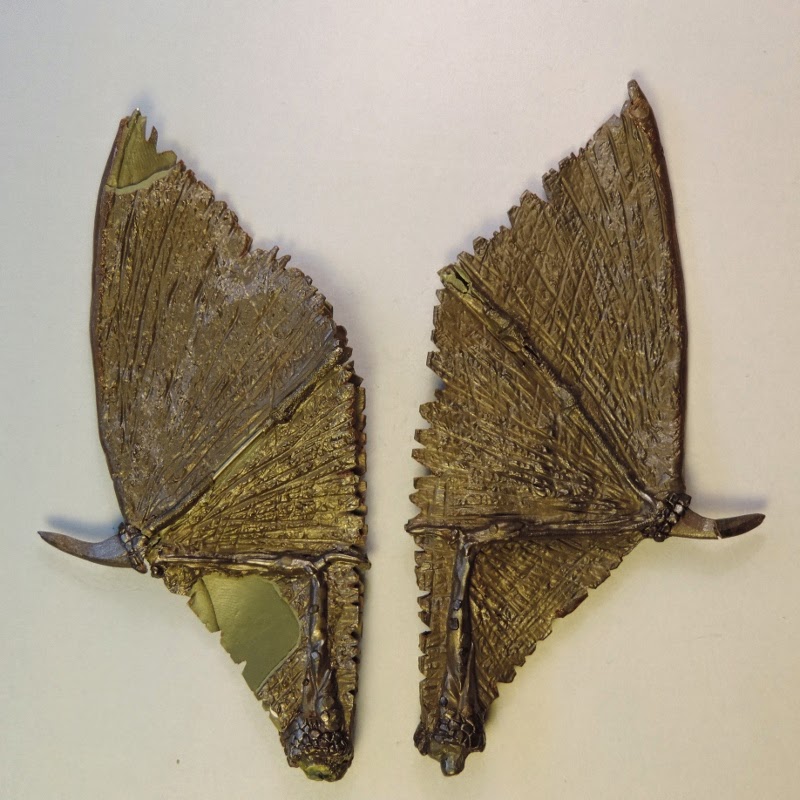 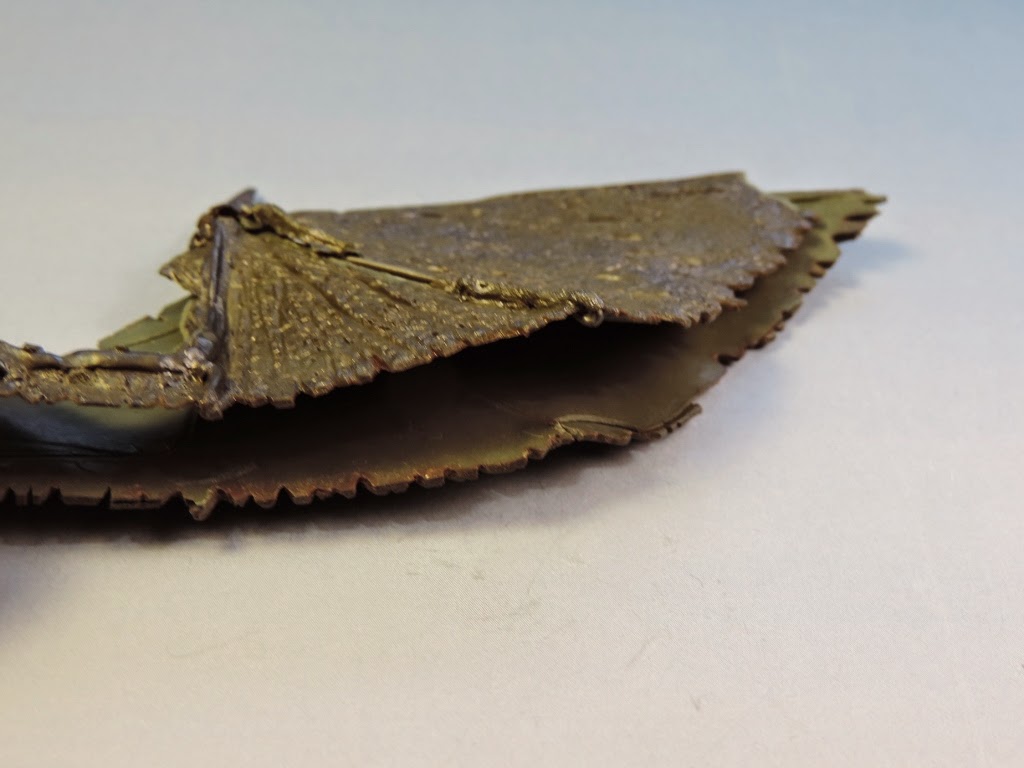 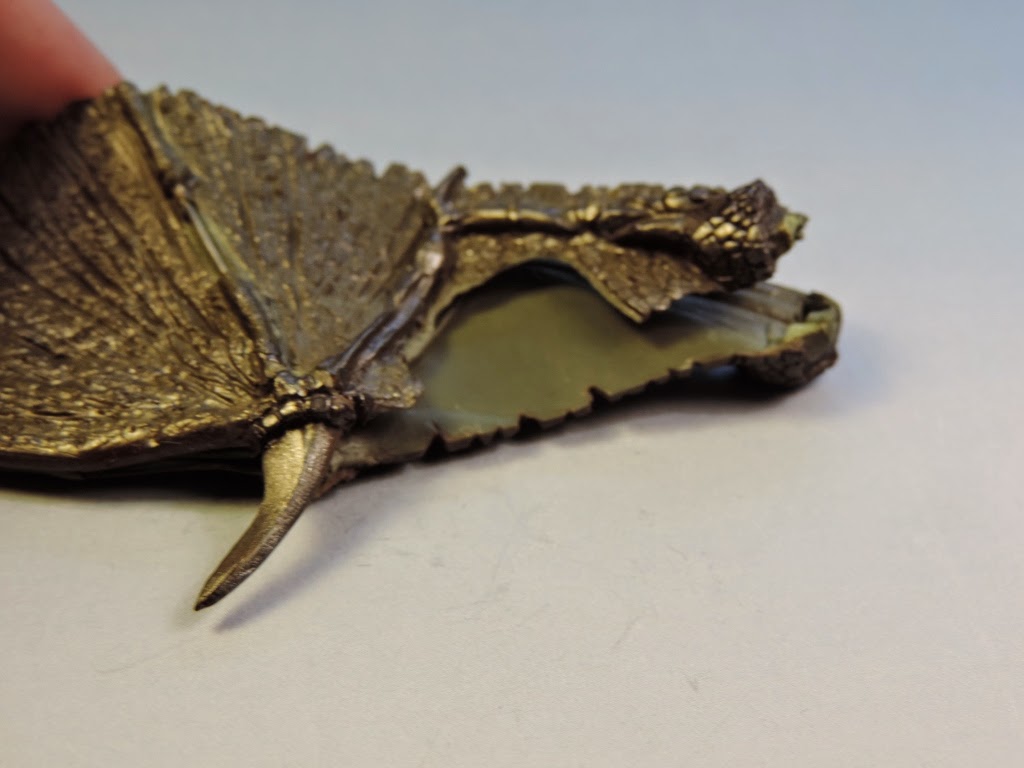 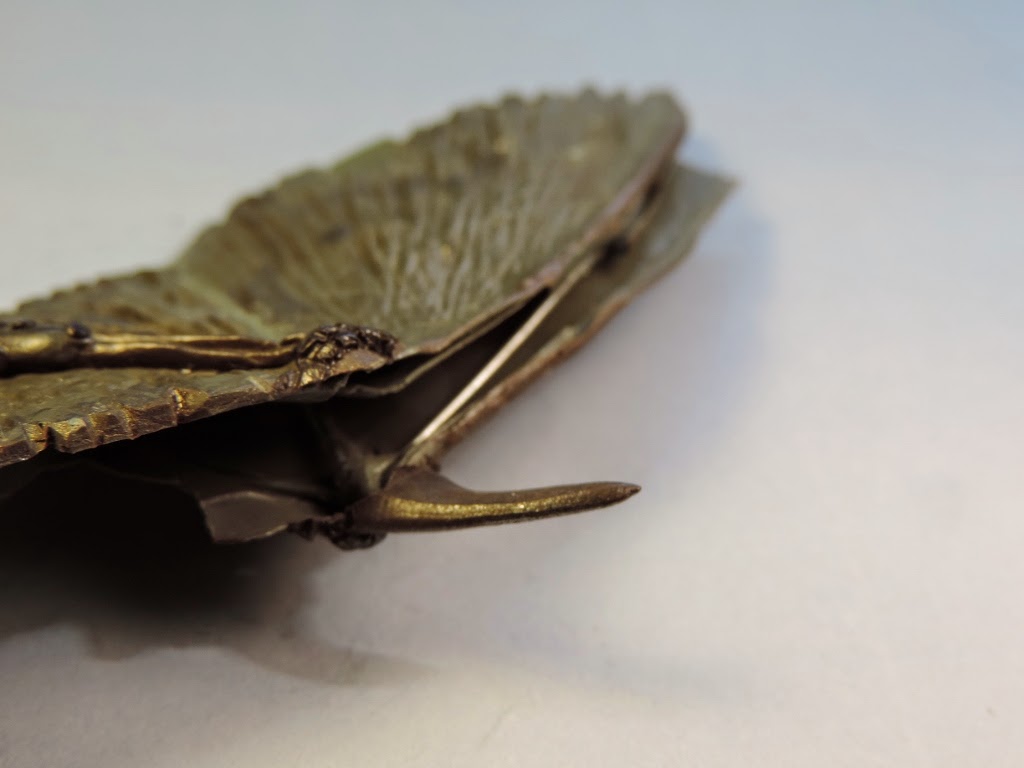 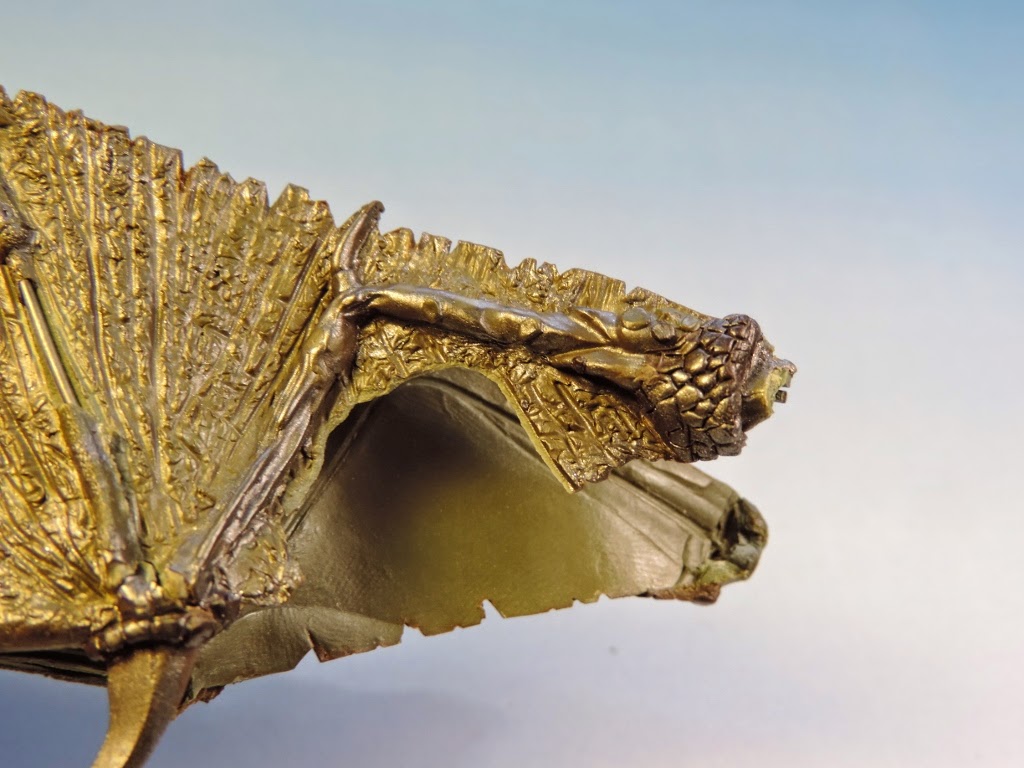 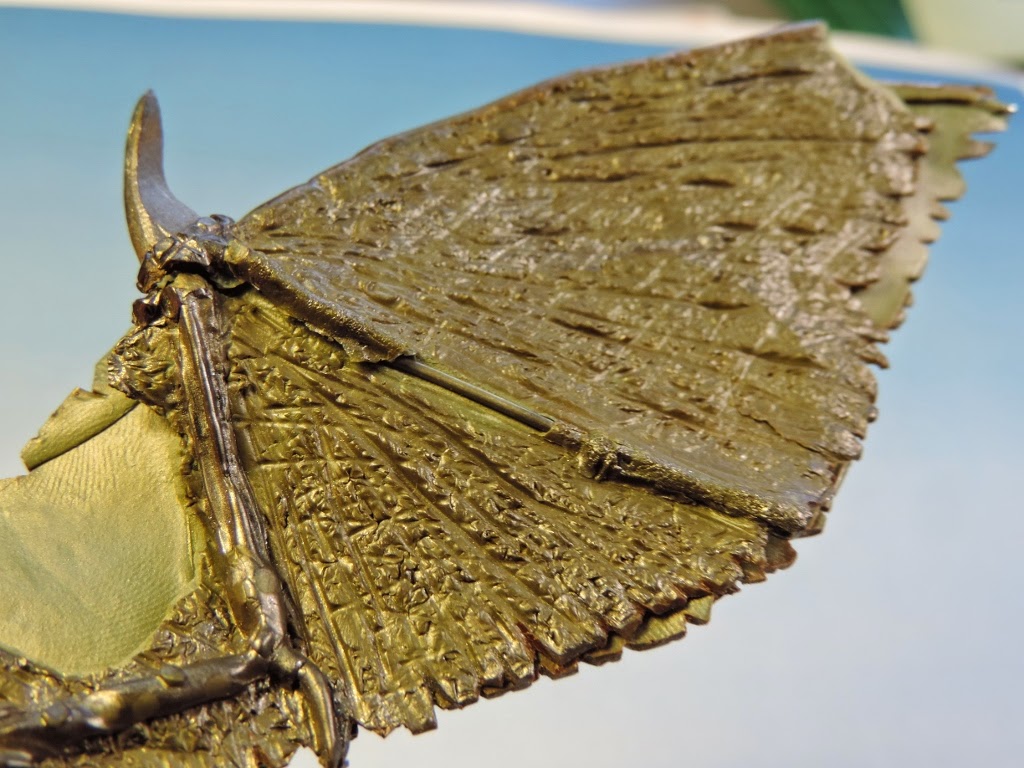 I was rather convinced that this here was the proof I'd been looking for. Here it was, the strongest argument for that there really had been a dragon. And just like any paleontologist I started laying out the puzzle pieces and building an image in my head, what the creature would have looked like.

But why bother? Cause, if I had just started emptying the hole box in the first place, I'd seen, that all answers would be in there :) Because there it was. Deep down the bottom, in a nice zip lock bag, a perfect master cast of the entire dragon body (and dragon rider) where to be found. 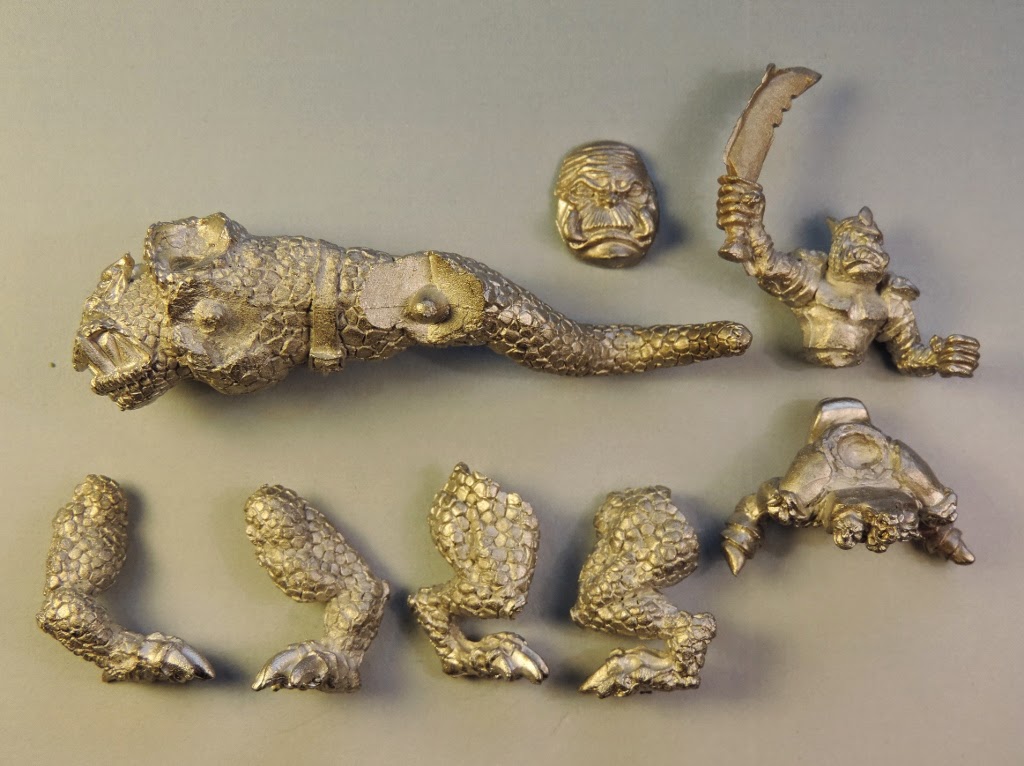 And all metal pieces fits perfectly together - so with a little blu-tac I can proudly present: the for a long time thought lost, Orc King on Dragon by John Pickford : 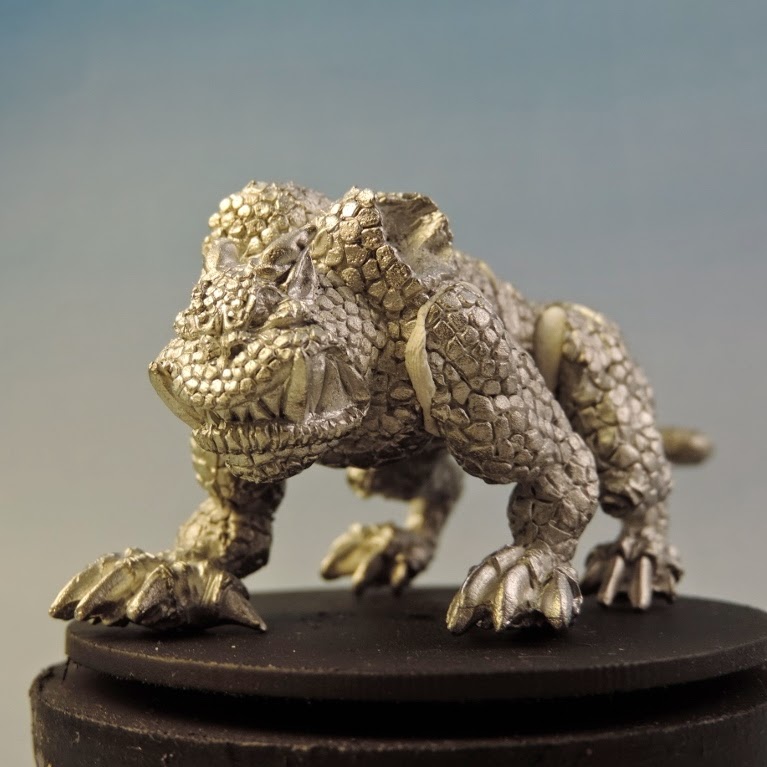 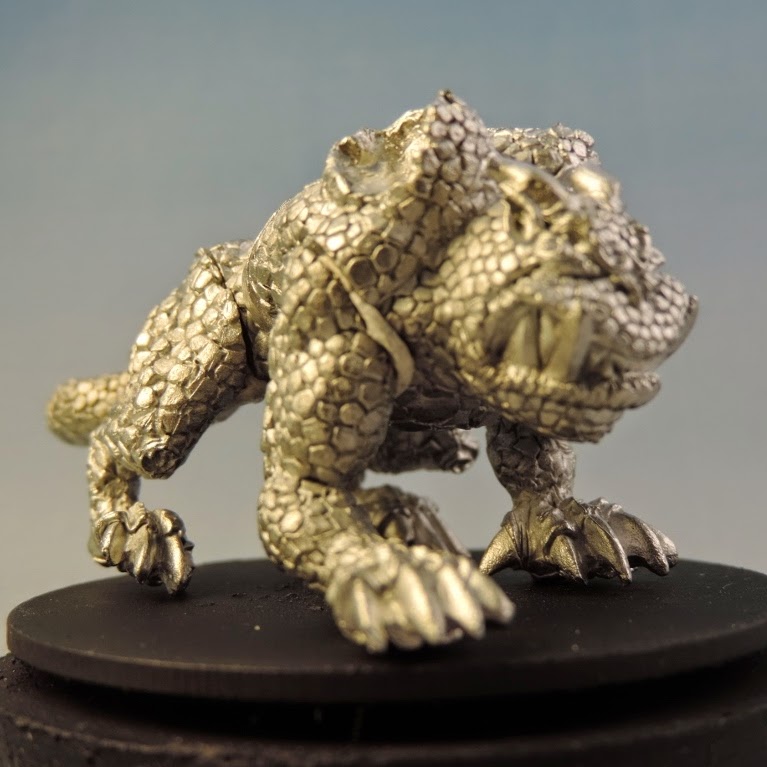 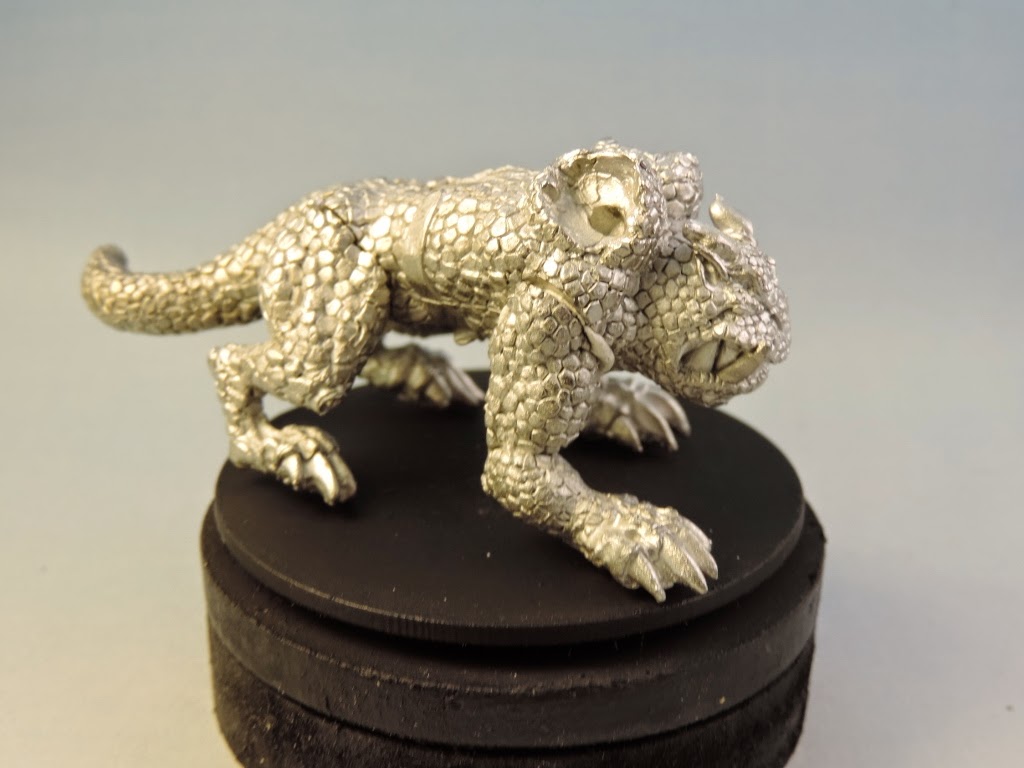 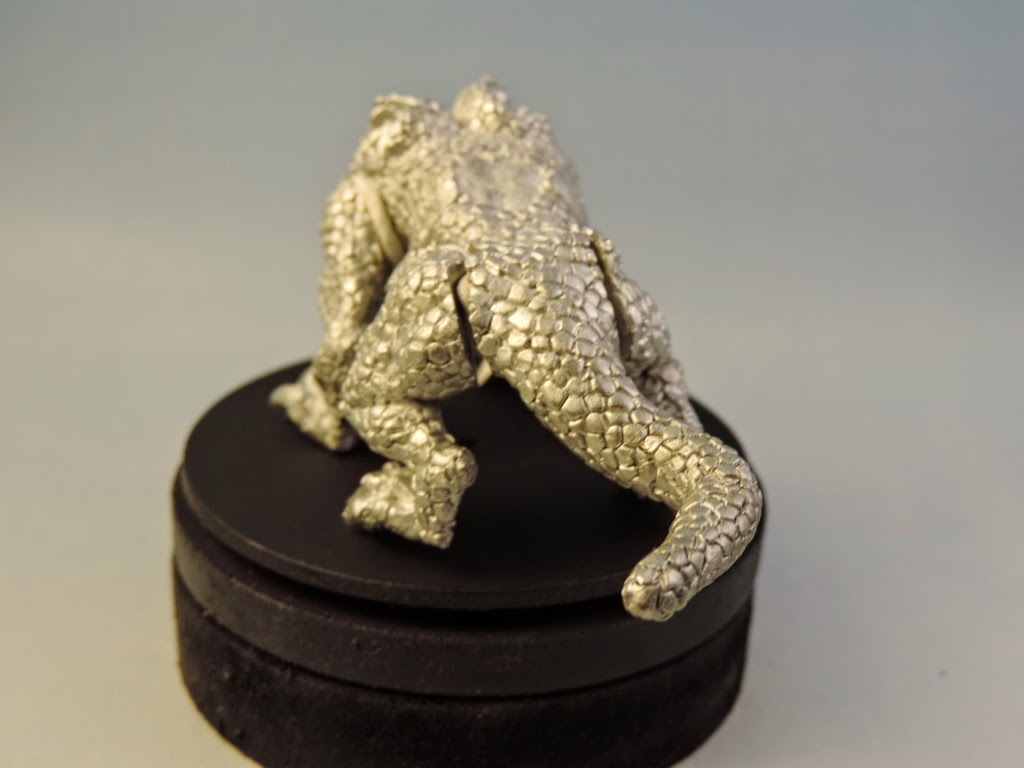 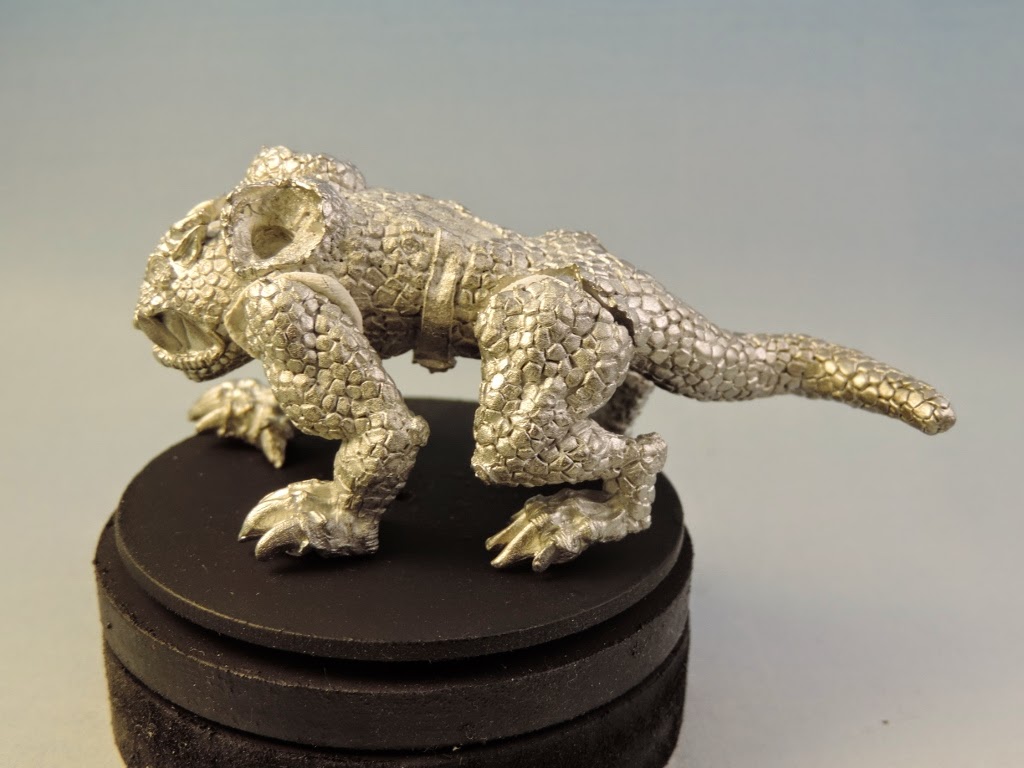 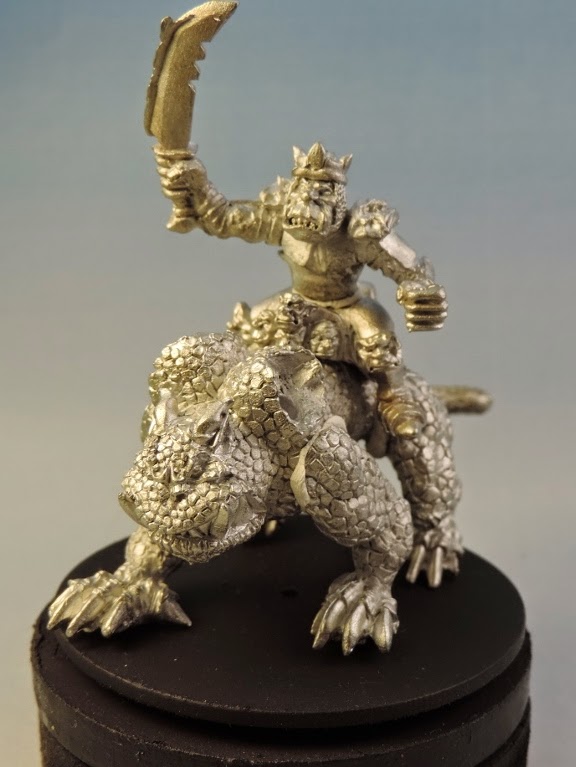 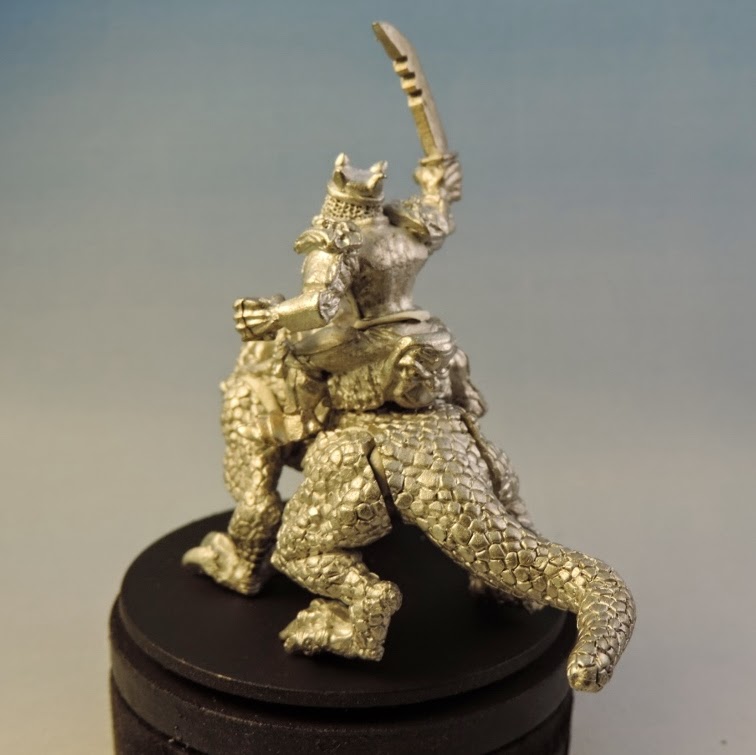 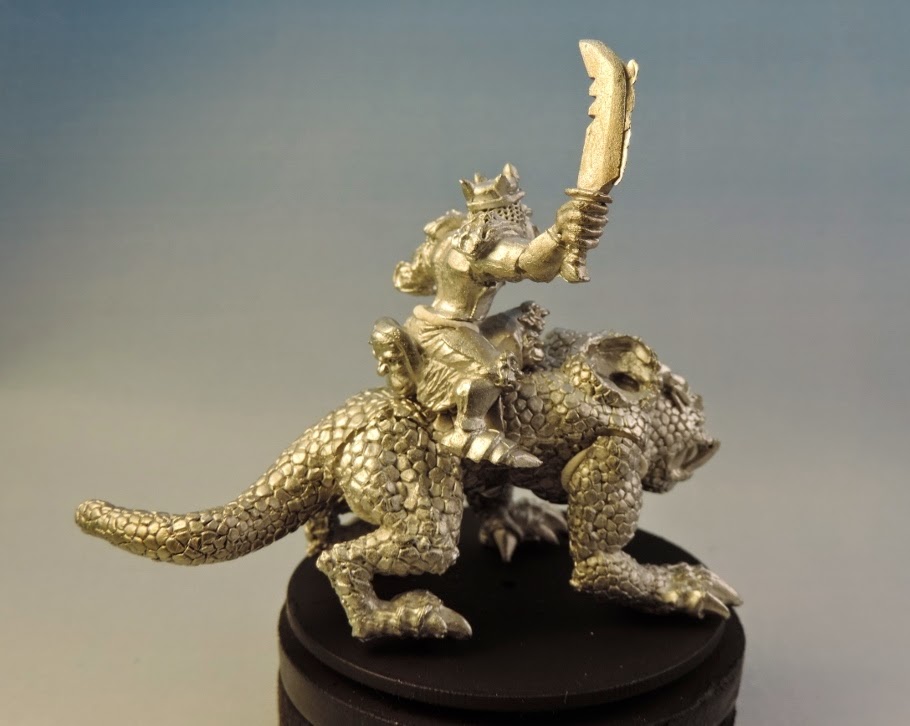 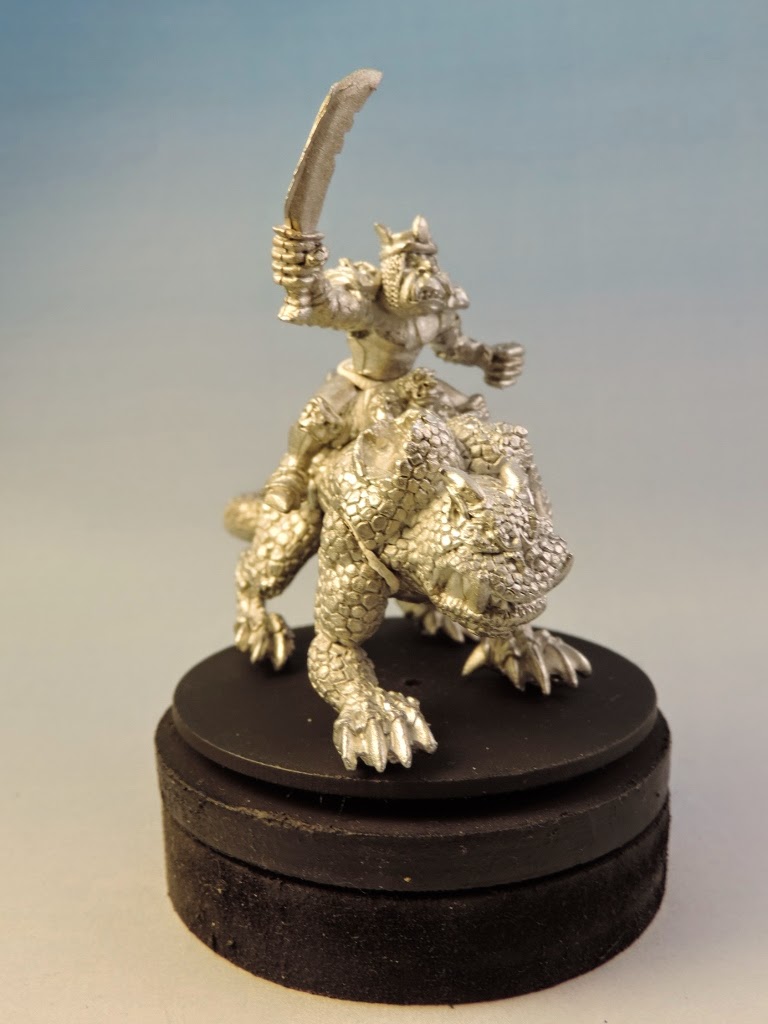 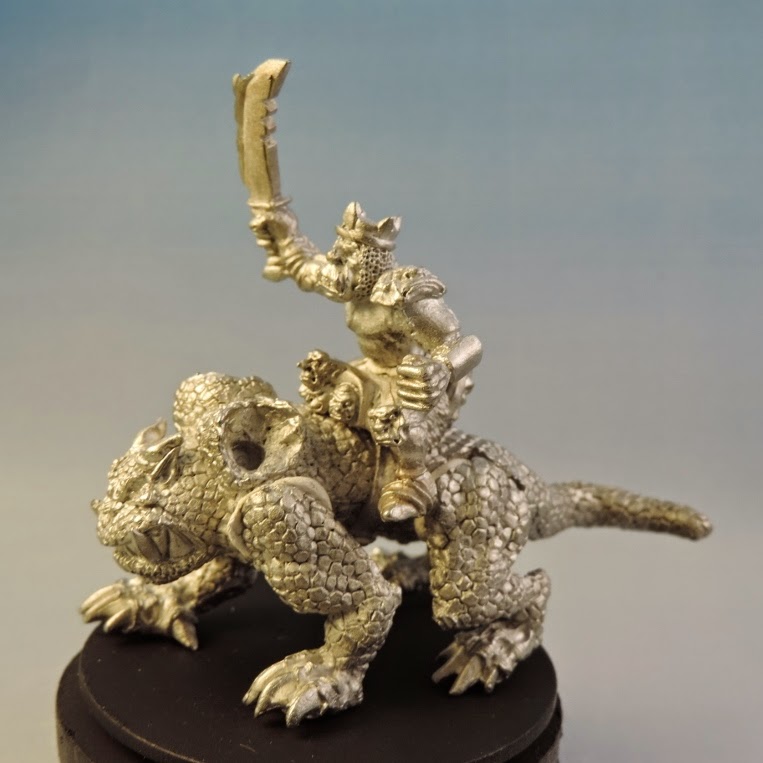 And with the battered wings he looks like this: 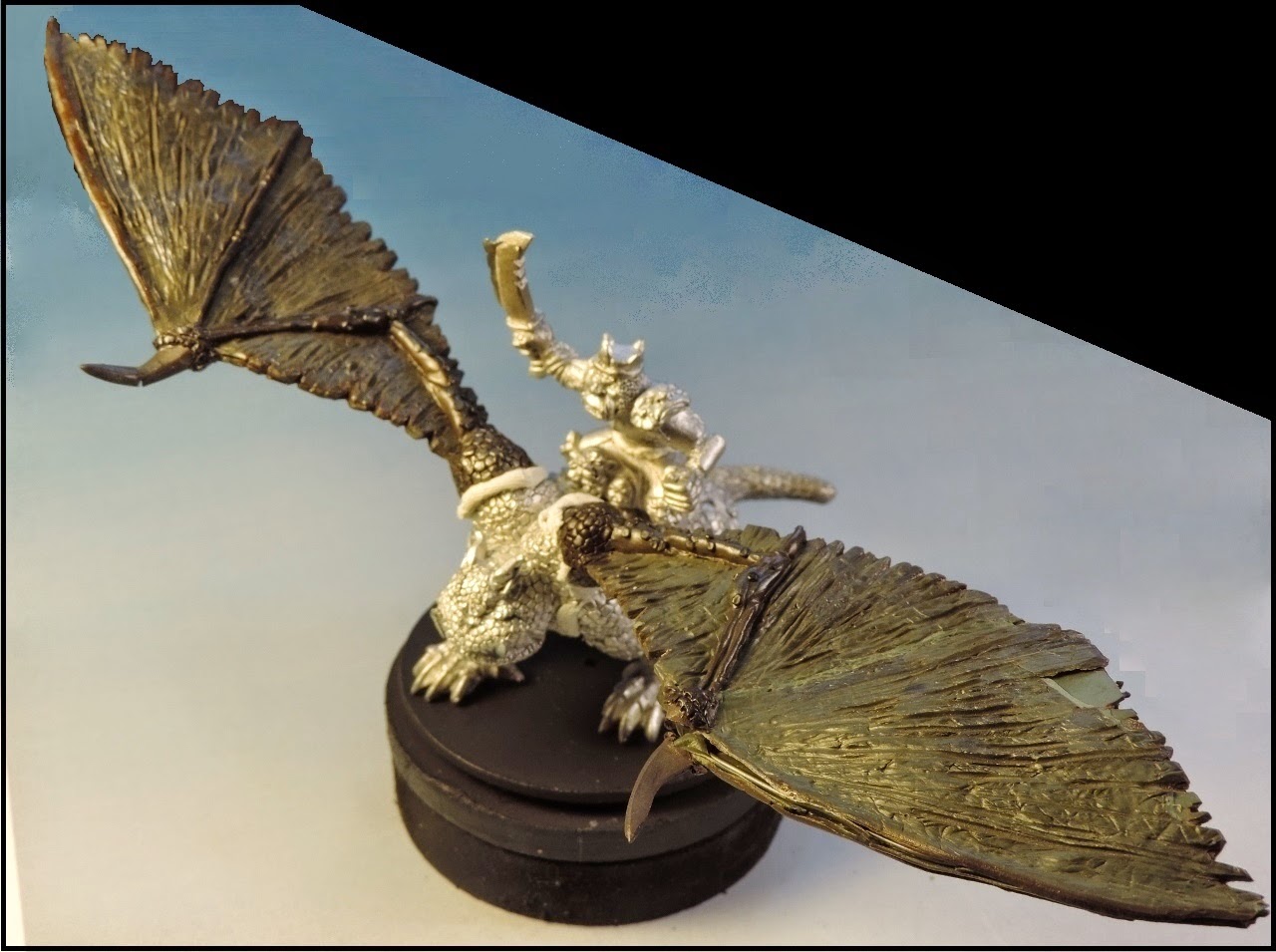 The mystery is solved. Yes, there is indeed "a Dragon". And a magnificent one it is, too. A beautiful scaled dragon with a unique, squig-like, dragon head, a fantastic set of richly detailed and nicely textured wings and a magnificent Orc-king-rider, true worthy of such a beast. The rider sits proud on his beast ready for leading his army and he is spiced up with classic (and characteristic) Pickford facial details sculpted on the saddle, armour and shield.

So the true history is, that John did make a Dragon and Wargames Foundry even tried having it moulded and cast up. Moulding of the dragon body and rider had been successful, but the wings proved difficult and took quite some damage - and no successful cast was ever made. A master cast and the damaged wings was returned to John - probably with the intention of being re-sculpted, but it never happened and the dragon ended up in a box, well hidden. But its been found, and will now be the "Crown Jewel" in my Pickford collection. I will try and do a repair on those wings and then eventually paint the beast. If I dare .....! ;-)

The Dragon has been added to the Odds and Ends section of the Wiki as well.