Collecting John Pickford: Yes, you can call me a Nerd

A few days ago I stopped by the local "post shop" for picking up this 9kg box and brought it home with me. 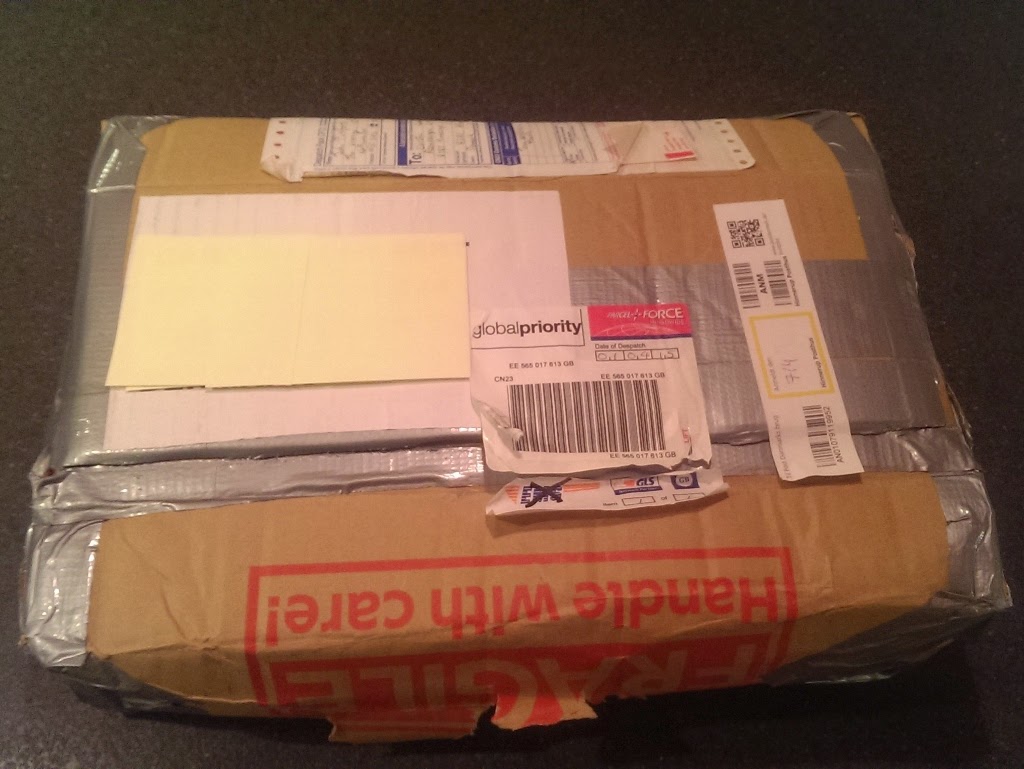 I've been pretty excited about getting this, and think me wife felt the excitement too - as she came into the kitchen when I opened it. Will show you what's inside, but please promise me, you won't laugh as much as she did. 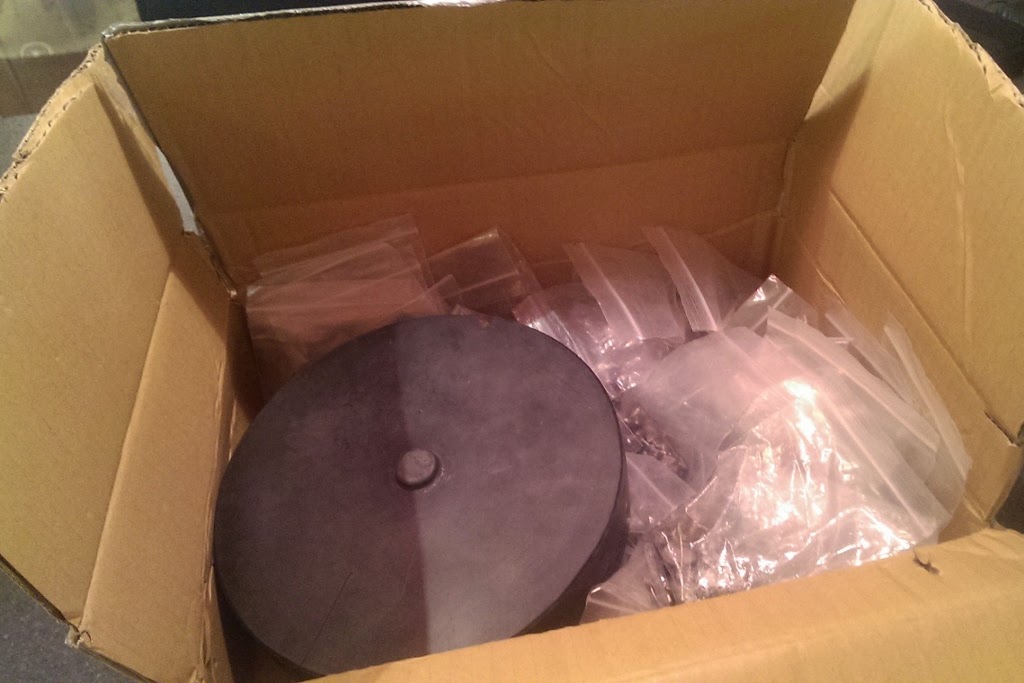 Have you stopped laughing?

Now, your next question would probably be, what's that? So just like I told her, I'll tell you all now. This box holds the two black rubber master moulds John Pickford had made in the very youth of his sculpting career. Most of his early sculpts are found in these two moulds. Sculpts that would late convince people that he was qualified for more professional work at Foundry Miniatures.

John was moving house and when packing he came cross these. So, rather than put it all into a moving box with a clear "Man Cave"-label on it, he offered sending them over to me including the 15-20 master spins from each mould. But that's not all, no! John even handed over the rights so I can now use them as I might see fit. Extremely generous of him and I'm deeply honoured by getting these old gems and I'm pretty sure that parts of this collection will be made available through my little "the Old Bag" side project.

But lets look more into the two moulds, shall we? 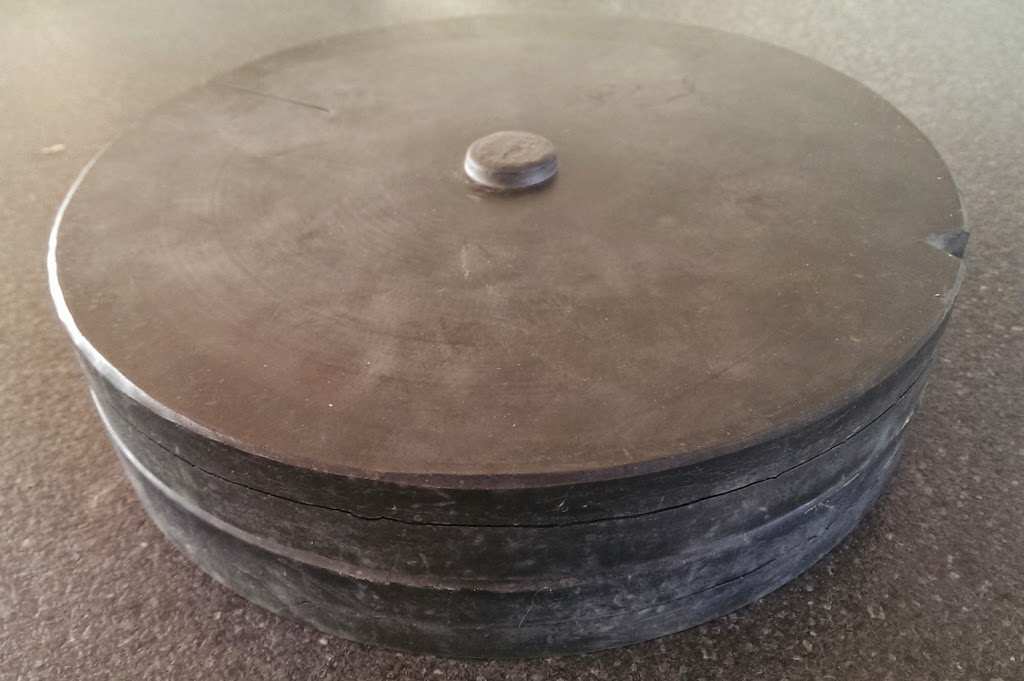 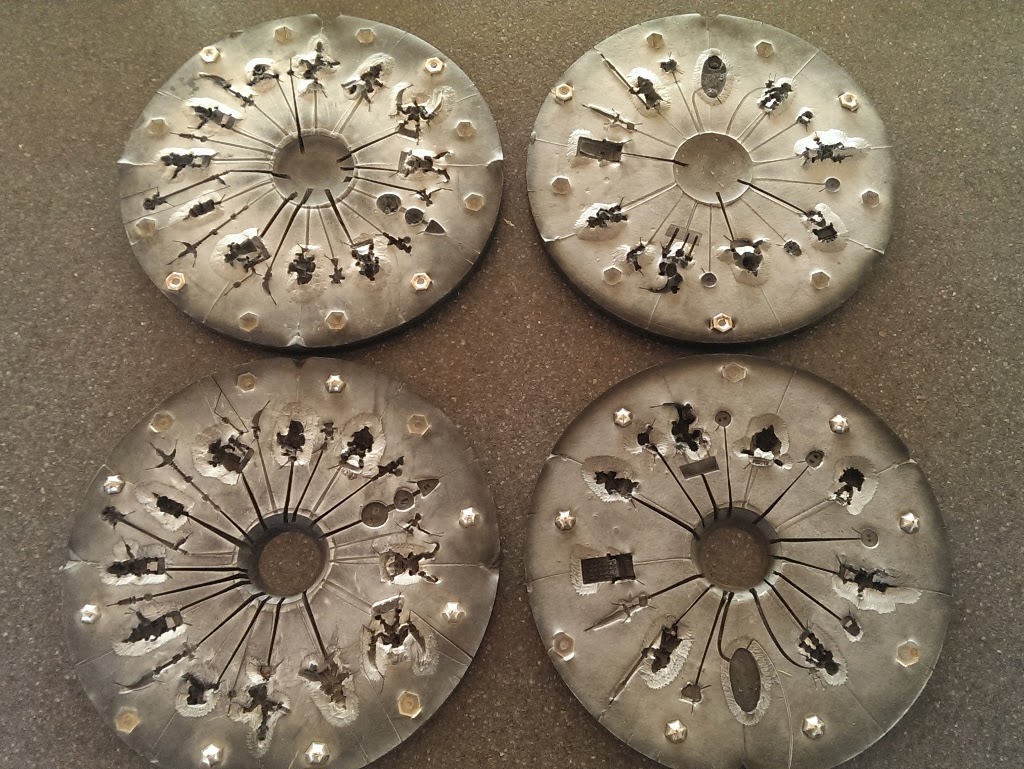 Like said, its all pieces from John's early career, and most of them have been in my collection for a long time - and can be found on the Collecting John Pickford Wiki. Hey, you'll even find some of them painted on this very blog.

Mould on the left is nearly an all goblins one and in this mould you'll find the fantastic Goblin Jesters (the Commandos), the goblin shield bearers, Lance-a-little, the goblin Santa and Mom with the kid goblin holding a balloon. 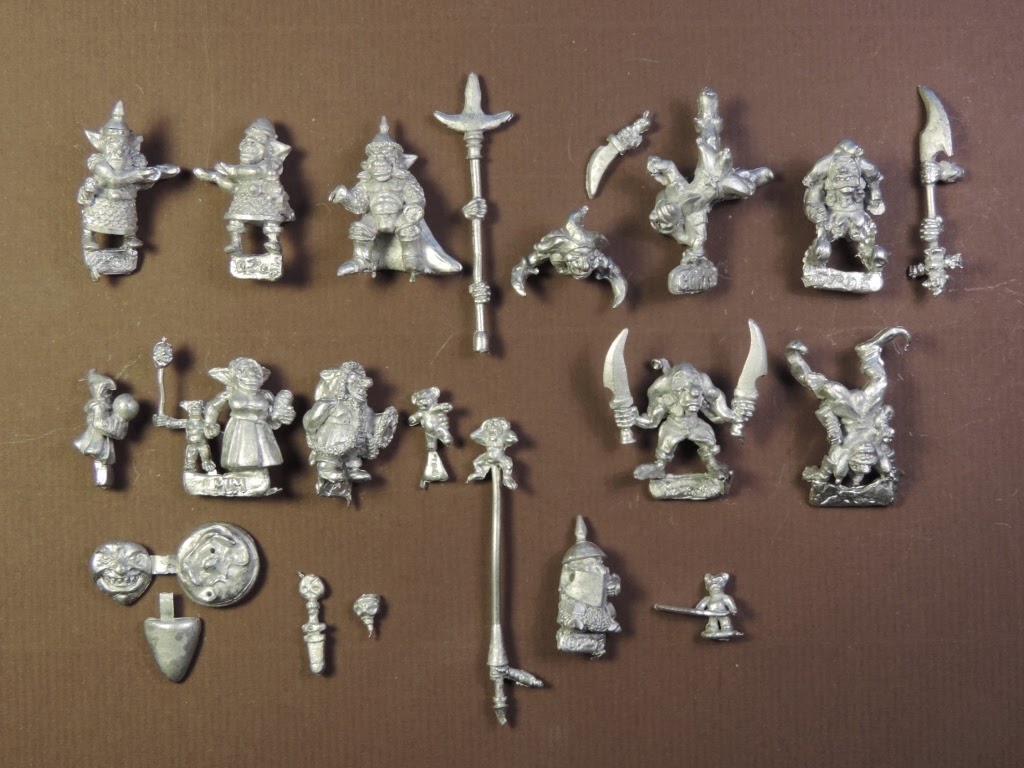 The little hooded familiar holding an orb (second row, first from left) is however an unseen/unknown piece. And so are the facial shield piece (bottom row, first from the left). 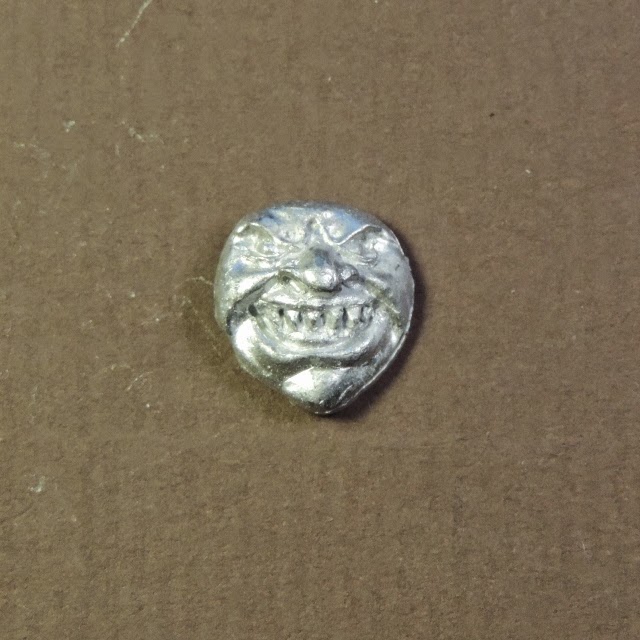 The mould on the right is also filled with goblins like the burdened goblin, the female warrior, Kings Guard, the King himself and the voodoo-doctor (called Papa) but there is also a throne (for the goblin king), a squig, a four-legged creature, Blip, Snork and the King's cat. 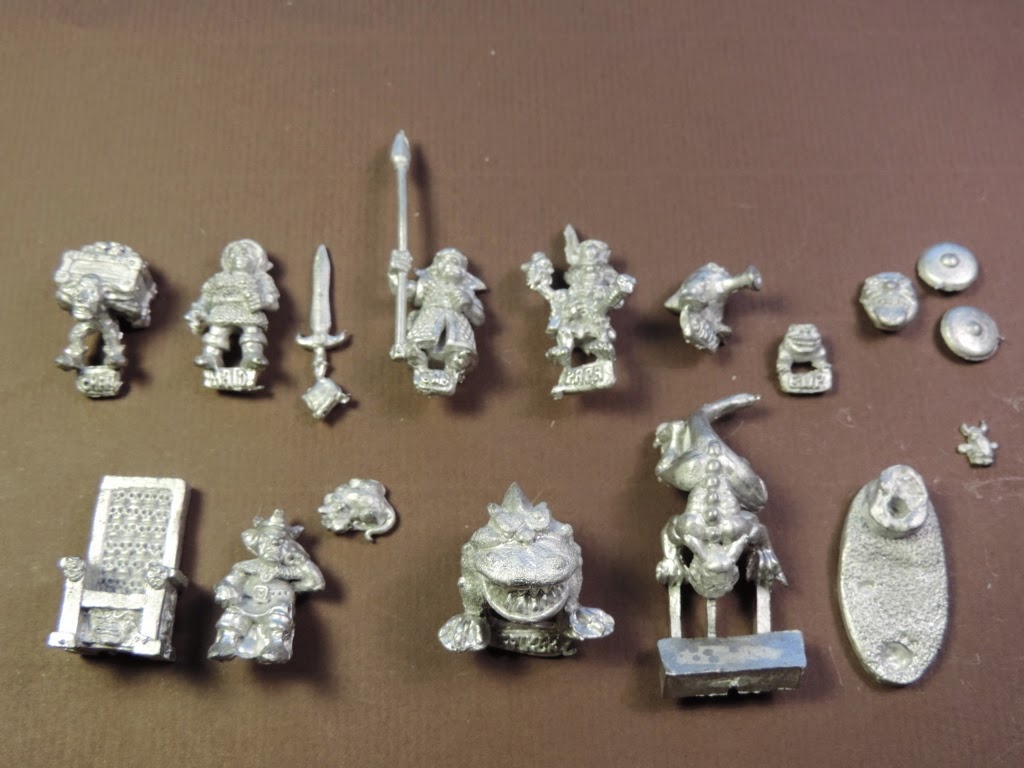 Again all pieces I'd shown before, but again a few "new" pieces as there's another little facial shield and a tiny Viking doll, I haven't come cross before. 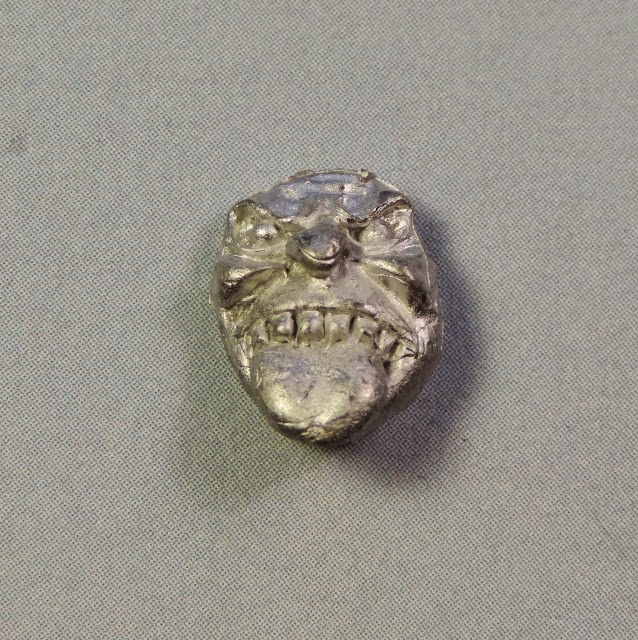 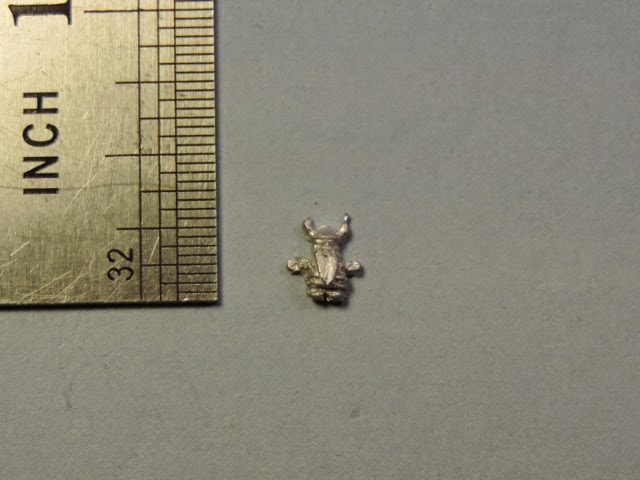 Once again it's been such a great pleasure getting insight into John's early works - but seeing the black rubber moulds has been probably been an even greater experience. We all know how miniature castings is done but we don't usually see the process up this close. Next big wish would be to actually see these mould spun.