Finished these two the other day - or is it four?

Back in 2007 the Frother’s Unite Community ran their 4th Pro-Am Sculpting Competition. The theme for this on was, as it always is, a very open theme trying not to limit the sculptor's creativity. The 2007 Competition theme was: "The Unseelie Suspects or the dark side of Faeryland" and sculptors where to do fantasy characters, spirits and creatures with inspiration taken from the classic folklore and fairy tale without going Disney.

A young sculptor named John Pickford entered this competition and was competing in the "Satyrs and woodland spirits" category.

For this category John did a entry called "Puck's Dance" - a diorama piece with roots in classic English folklore and Shakespeare's "A Midsummer Night's Dream" - but with the usually little twist of evilness and humour that is seen on many Pickford sculpts. Puck was inspired by Neil Gaiman's "the Sandman" - in here Puck aids the Norse God Loki in kidnapping Daniel, and am playing a small role in the death of the Sandman.

The main figure is Puck, dancing on a rock, his true nature is revealed from behind.

With him are Peaseblossom on lute and Mustard Seed on trumpet, who provide the music for Puck's Dance.

The three of them are dancing and playing on what appears to be a pile of rocks and don't pay notice of the true inhabitant of the rock, who has safely hidden himself inside. 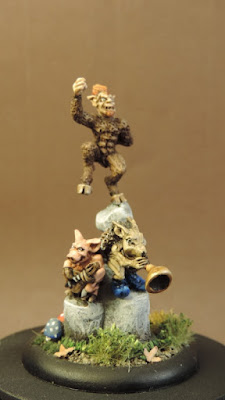 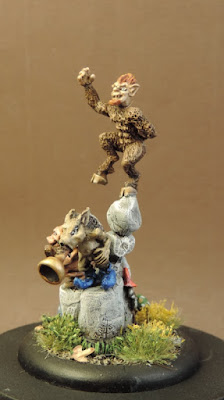 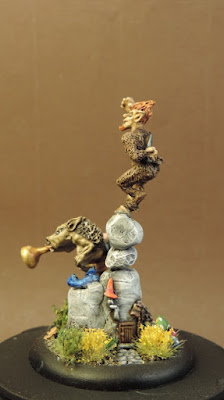 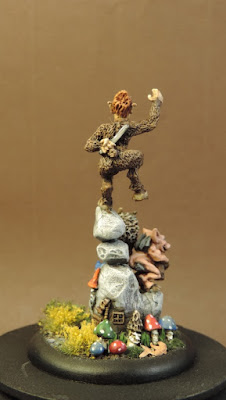 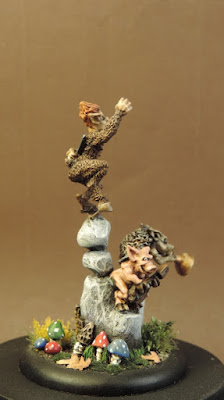 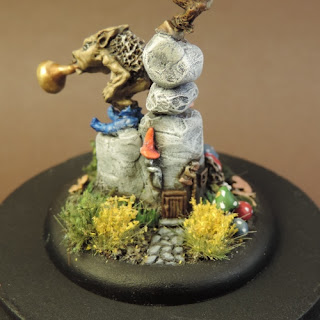 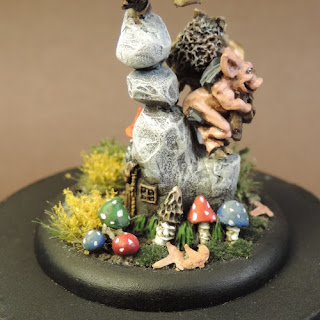 The diorama was mastered back in 2007, and the rights for it given to White Knight. Peaseblossom and Mustard Seed has already been released by White Knight Miniatures, but he never did the hole piece. However, in 2014 White Knight offered me the chance of releasing the hole piece - didn't hesitate a second. And can be found at The Old Bag, now.

With the one existing master cast I got from WK came a variant head for Puck. I've cast it, though Puck is a single-piece cast. On a spare cast, I gently did the head swap and I have also painted the variant. 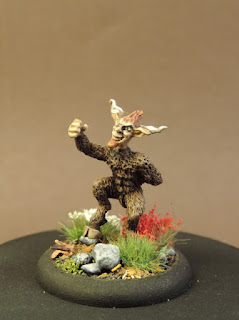 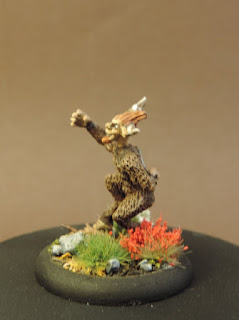 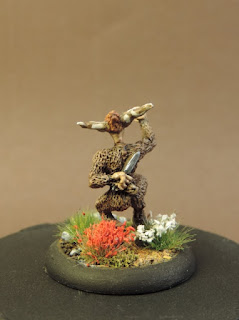 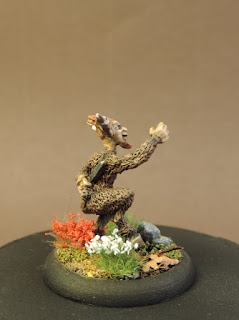