... or kind of, as these have never been actually released.

Back in 2011, just before the Ansell's took back over the control of Wargames Foundry, John was commissioned to transferred the fantasy Pig faced Orcs (used in the God of Battles-rule system for the Warriors of a Thousand Tribes) into the future and he made a range of of Pig Faced Orks in Space - with the working title "Sporks".

The ranges consists of several sculpts and war gear items, but the range was put on hold when new management took over and the characterful sculpts that had been made are still unreleased by Foundry.

For a long time the only proof of their existence has been this picture from Foundry: 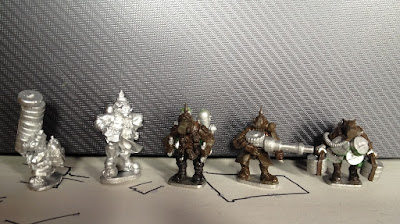 However, at Christmas 2015 I found the following 3 sculpts in an recently made order from Foundry. The miniatures was a little gift making up for a small delay, I even didn't notice :) 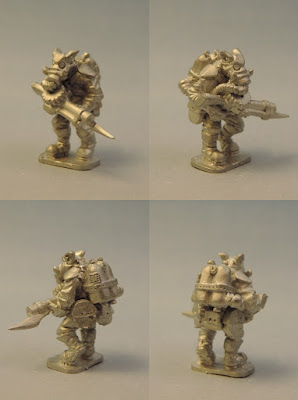 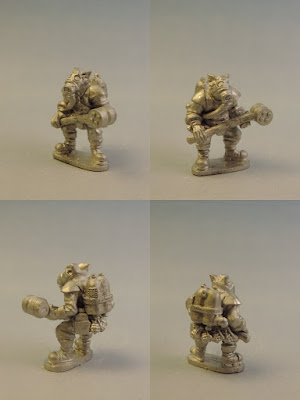 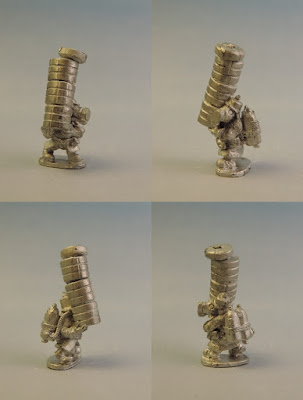 I was very excited seeing them in the flesh. Till now, I had only seen the little personal Spork tribute John did me in 2014 after surgery. 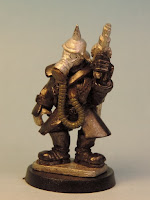 But now seeing official metal casts from Foundry make me feel one step closer seeing these miniatures given a prober release.

Thought, that was it, but in March 2016 James Halloway posted some rather interesting news on his blog: Gonzo History: Gaming Edition (Go check it out if you like Orks). In this blog post James talks about his attendance at BOYL 2015 (Bring Out Your Lead, which is an yearly Oldhammer wargaming event - held at Wargames Foundry in Newark) - and a chat he had with Foundry (and Citadel Miniatures) founder Mr. Bryan Ansell. Yes, that Bryan :)
During this conversation Bryan showed James their unreleased Sci-Fi Orks and kindly gave out a set of 15 of them. Wow! :)

And with James' permission (thank you, James), I'd like to present the Foundry Sporks :) And for those interested they have also been added to the Collecting John Pickford Wiki.

As you can see there's only 13 in the picture because the last two have been beautifully painted by James: 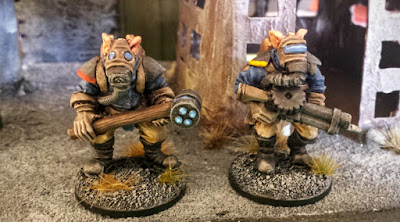 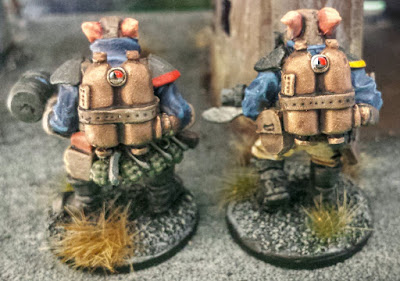