Collecting John Pickford: A giant and some shields

Sadly, I have nothing painted to share, but what's the next best thing .... new Pickford stuff, of course.

Biggest news would be that the old Otherworld Giant (original released by Otherworld Miniatures) has now found a new, good and caring home at Croocked Dice Game Design Studio. It's not released yet, but moulds for a new resin version of the über-cool giant had been made and Karl showed off one of the first succesful casts at Facebook on March 17th.

Still look so fresh and beautiful.... her 15 years after 😀 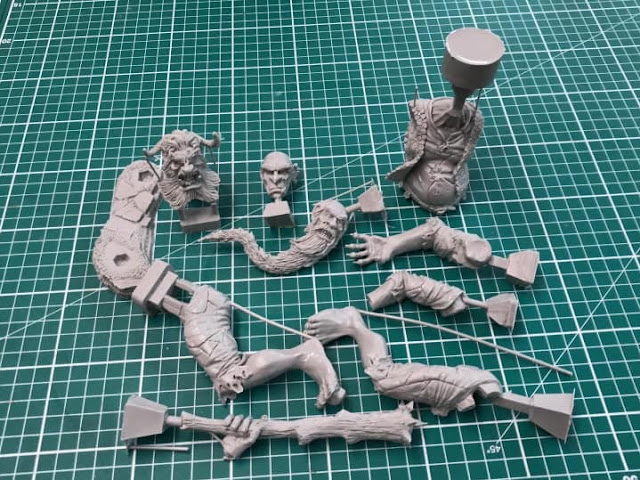 Apparently, not only have Crooked Dice  picked up more old Otherworld's, but they have also put John into new works, it seems. It just a shield. It isn't much, but I'm told there will be more coming 😊 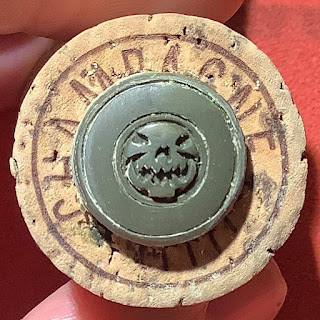 And who to you, I hear you ask. Well Karl did as he posted this, today, on Facebook: 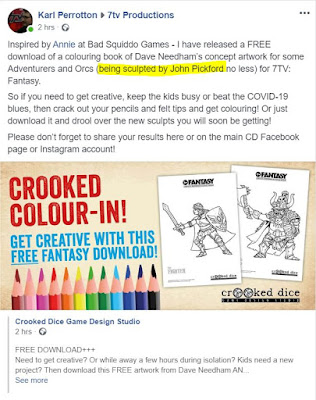 And speaking of shields ...

I other news, the Old School Miniatures Company is running another Kickstarter. This time to fund some Pickford shield releases.

The initial goal is to have five new designs released:

But yesterday (March 27th) another 5 faced shield designs were made available as an add-on. Exactly! these five super-awesome, classic Pickford designs: 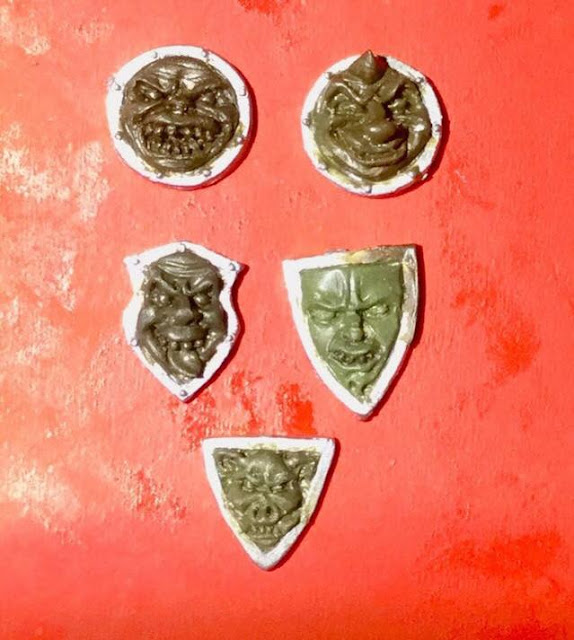 If you'd like som shields the Kickstarter will be running til April 1st (kidding, I am not) and can be found here: https://www.kickstarter.com/projects/spacedwarfs/osm-new-shields-to-extend-the-range

That's all. Thanks for looking and be careful out there 😨