When I dug out the camera, yesterday (taking pictures of the Vikings) I noticed a few 'forgotten' painted miniatures hidden on the memory card. Finished when I got back from my Christmas/New Year's holiday in Løkken, so these to test pieces of doing green skin tones are actually first finished miniatures of 2020.

First one is a fan piece made of a friend of mine. A 2014 Teenage Mutant Ninja Turtles-movie Leonardo. Not a bright cartoon green character but a much more plausible looking humanoid Turtle. Tried to recreate the tone, but did struggle quit a bit ...😕 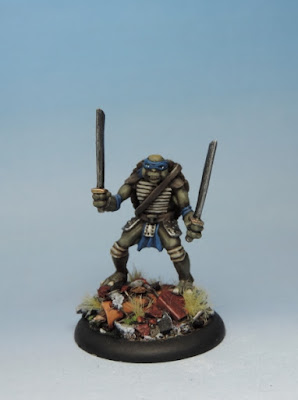 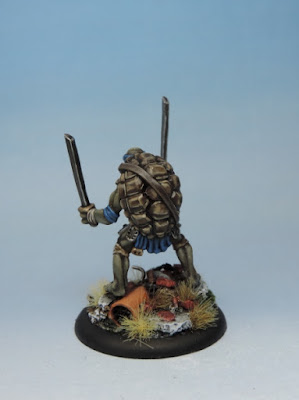 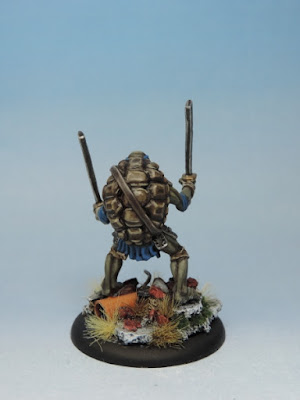 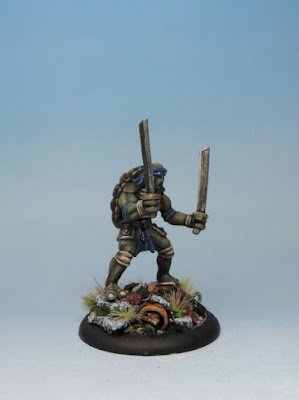 Second test piece was planed for Orc-tober, but never got round doing him....  - but  hey, he made it for Janu-Waaagh!-ry 😀

This one's painted in classic fantasy green. I don't really like that kind of Orcs, but it was a fun little project. 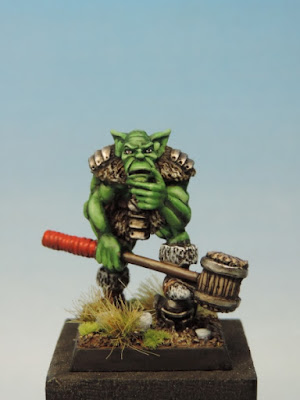 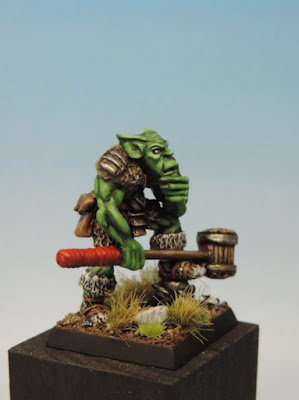 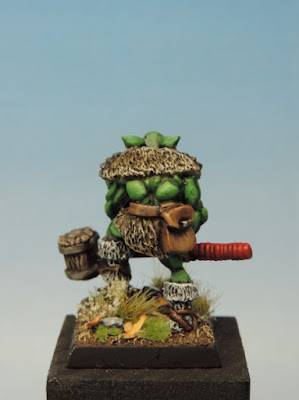 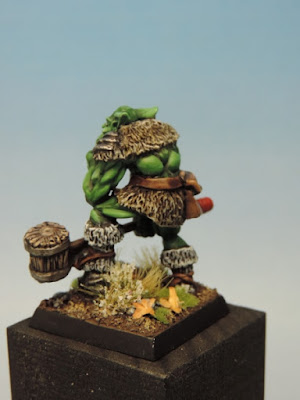 Last one here has a long service record. It's an old  John Pickford piece. Originally released as part of the old Sjoerd Trouwee project "Twisted Tales". He then did service with Hasslefree Miniatures, but now he's doing service with Shortwars 😊 -  and I should definitely dig out the last two in these small range of Pickford Orcs and paint them 😜