Finally found a bit of time for painting some miniatures. Have been building and painting a lot recently but all on a 1:1 scale. Wife decided our master bedroom needed a make over, and for some reason it also involved me :) But I'm done now, and in time for making a few enties for the regular painting challenges, I usually attend.

First, an entry for the OWC. Most appropriated, the theme this month was: "Grab Yer Pickfords" - meaning painting at least 1 John Pickford Otherworld model. Did plan doing something big, but as said time really didn't allow, so went for something a bit smaller - the limited/unreleased Mimics. 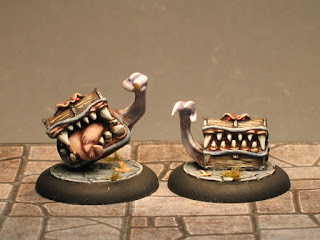 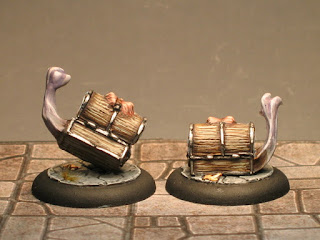 Originally, the treasure chest was done by Paul Muller (and is also to be found in the unreleased Otherworld Treasure pile and the Otherword Giant accessories), but John converted them and turned it into these awesome Mimics.

Next, a little piece I painted for the Brush Slave Challenge at Chaos-Dwarfs.com. Theme in October was "Beast" and there would even be an additional bonus point for painting something big. Had lots of big plans, but as I really hadn't started anything on October 31th, I had to come up with something fast, so dicided to play it safe and painted on of the promotional gems I'd got from John, earlier this year. 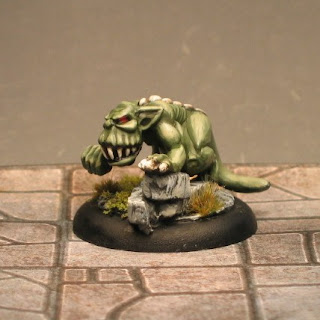 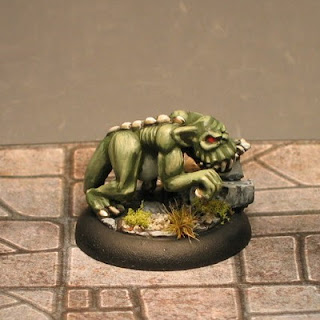 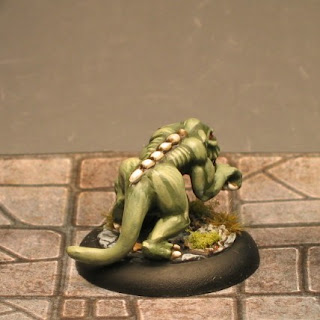 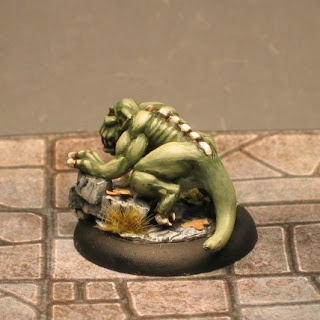 Quite a typical Pickford miniature - especially the face expression gives the sculptor away :-) A wonderful creature with lots of character, and will be very useful in my dungeon.

The miniature did came with a oval metal base, but to make him more usable, I based him on one of Fenris' 30mm DS dungeon scenery bases.

Last, but definitely not least, I gave paint to the second little musician "Mustard Seed" from John's 2007 Frother's Sculpting Contest entry - the "Puck's Dance diorama". Mustard Seed is a hedgehog playing a trumpet - and to match his pink companion - Peaseblossom - I painted this guy in an albino colour scheme I came cross looking for inspiration how to do a hedgehog. 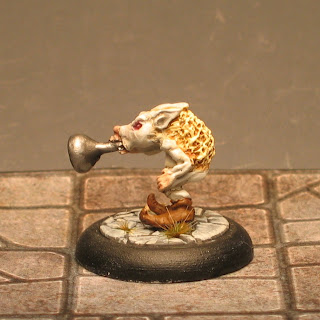 Like Peaseblossom, Mustard Seed is now available from White Knight Miniatures' Hors Série range and I can just hope, that Puck himself will find his way into that range one/some day, too. He whould be rather fun painting, too. Till then, I'll have to be content with these two, here: 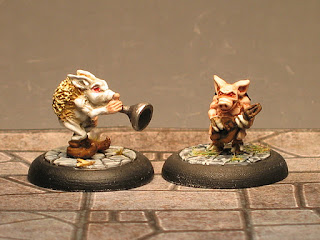