"What you don't know won't hurt you"? Now who said that? As this one hurts .... because Sjoerd actually do paint miniatures and he has painted the mini-Slambo already. Actually showed him off 45 days ago ...! What the .... !

Apparently this got posted on September 1st - on Sjoerd's blog 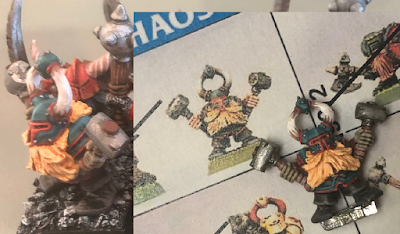 As you can see here: https://evillittlebuggers.blogspot.com/2019/09/mm-90-painting-countdown-14.html and also on CDO.

And how did I not know ...? Well firstly, because I'm not checking my blog-feed regularly (regularly enough), secondly, because Sjoerd didn't sent me a gloating email and thirdly, because for some strange reason CDO-Online has stopped notifying me ... again. I could probably come up with a hundred other bad excuses but lets face it, I lost. Sjoerd beat me on this one ... all due to my laziness.

Now I must get over it, and simply move on.

But I've finsihed my mini-Slambo as well. Rather similar in colours but still very different. 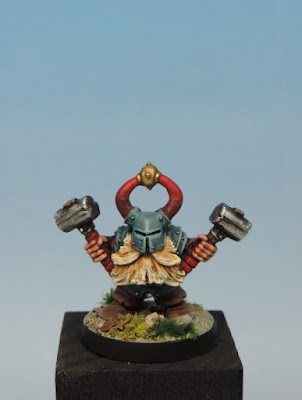 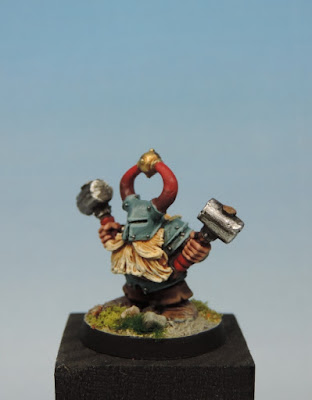 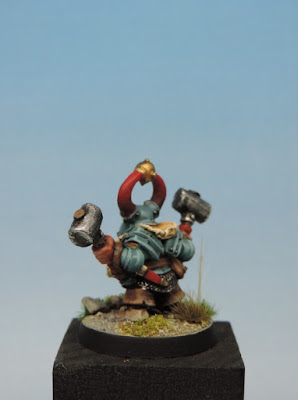 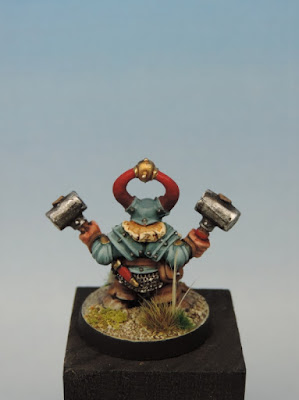 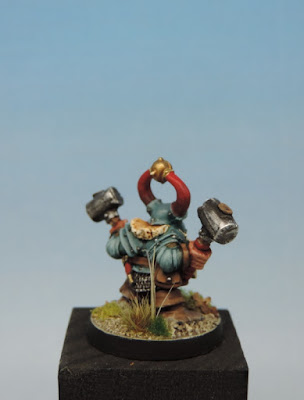 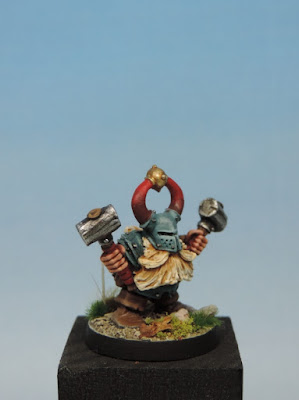 Okay Sjoerd, you've won this - now go pick the next one, will you? Please :-)

I've only got 9 left, and you've already painted one of them (the Mage), so which one is it? 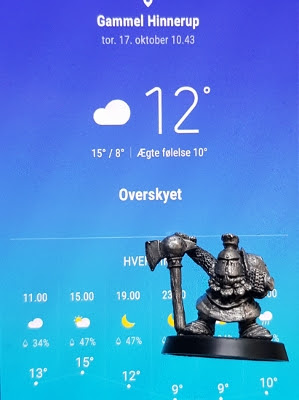