Nothing really significant here, but more volunteers have how joined the Chaos Dwarf Grenadiers - finished a rank of five Ewal Dvergar with guns - all sculpted by John Pickford, of course.

To my surprise, they are actually the first Ewal Dvergar with guns I've done! I would have sworn I've painted more, but apparently not. So, rather than mixing these in with my old Citadels, Twisted Tales and my own first dodgy attempts of sculpting, this will become front rank in a new unit of ten gunners, I think. Should I add a musician and banner bearer? Hmm, maybe I should ... 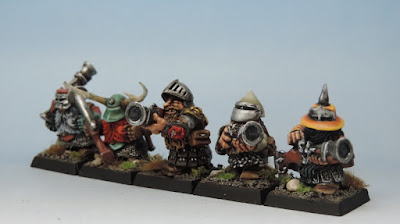 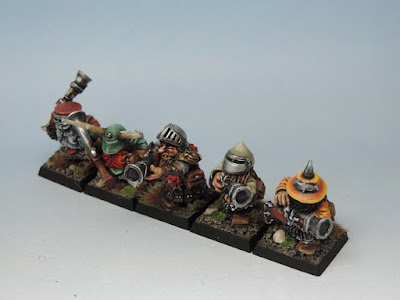 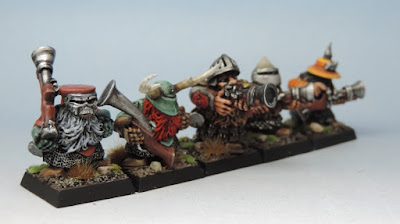 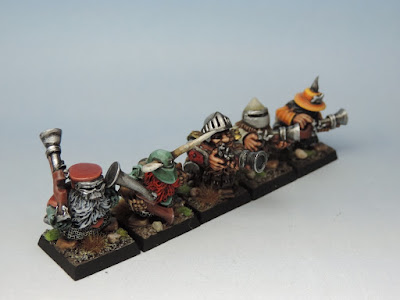 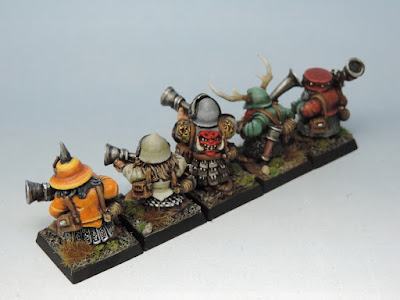 This one is my favourite miniature in the Gunners pack - a single piece sculpt in an exceptional great gunners pose (IMHO). 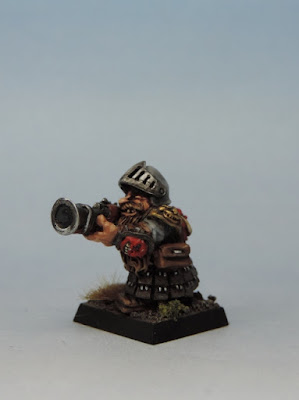 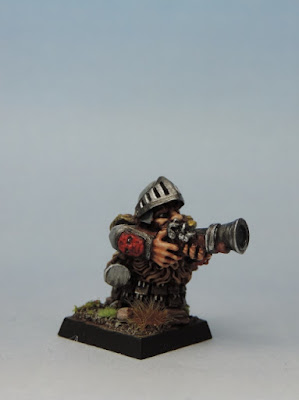 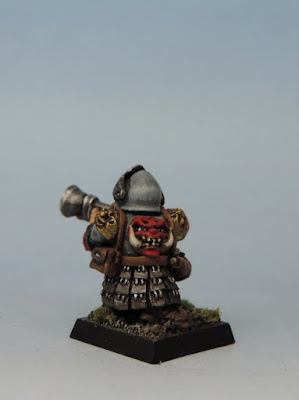 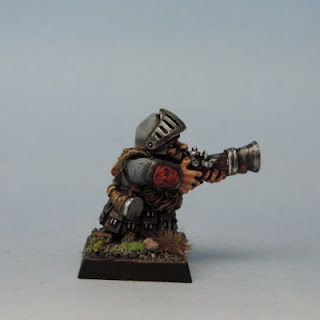 All pretty much just "out of the pack" builtss, apart from this last one here. He's a conversion mixing bits from across the Ewal Dvergar range, but make a nice little character piece. Antlers came from some plastic GW Bloodletter, I think (?). 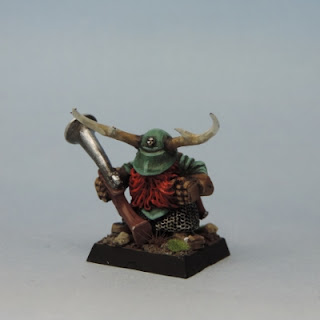 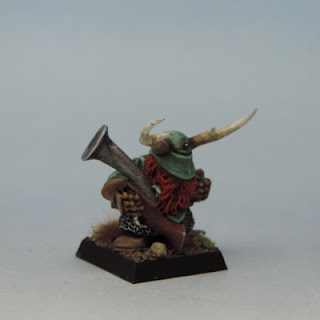 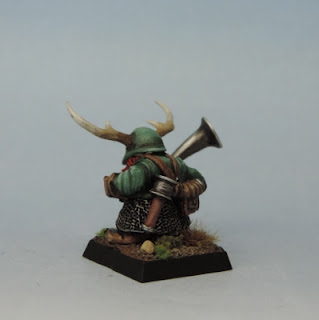