This was close. Got tricked by Sjoerd's comment about just moving back to the Netherlands and making an 90 year old house into a new home ...?... "bullshit!", I'd say. As soon as he had called the latest one he must have started painting it. And it ain't wall paint 😀

I worked this weekend on my piece and tried a few different things before taking the Spartan route, thought I had all the time in the world.
I finished it at noon, Sunday and while foliage and tufts were drying, I took wife and dog for a walk in the sunny weather (we finally had up here after weeks of raining). When I came back, I spend some time taking pictures and make a few light and size adjustment, but as I announced my finished piece on my "Garage-blog" @ CDO, late afternoon an email ticked in, with Sjored's finished piece. Immediately after, I posted my finished piece in the official "Paintaton" thread on CDO, guessing I came to late, but due to some technicality Sjoerd couldn't upload pictures from home (yes, CDO is one of those old forums, that needs external image hosting), and therefore an emails.
And I shall, of course, not tell him about using "blogger" from a smart phone, that would have hosted his images and then have used thos URLs to posted on CDO, hi, hi.😆

My "Garage blog" on CDO nor a personal email with attachments is not an officially announcement, but as I posted first in the "Paintaton" thread I technically, won this round -  with the announcement of "Leonidas" down here, on the official thread, first. But is only technically, so we shall call it a draw. 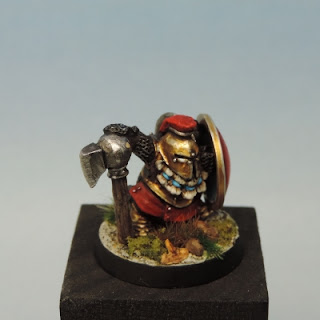 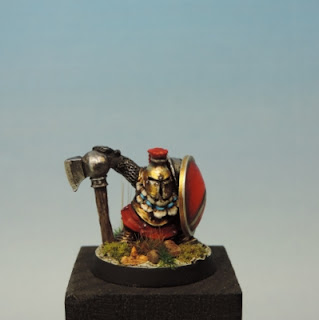 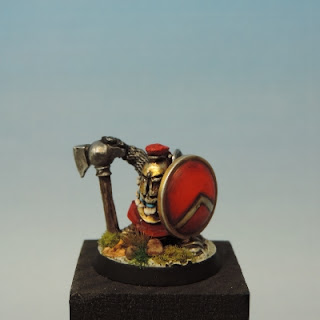 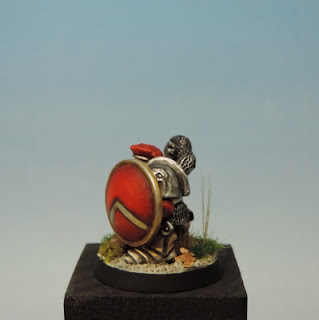 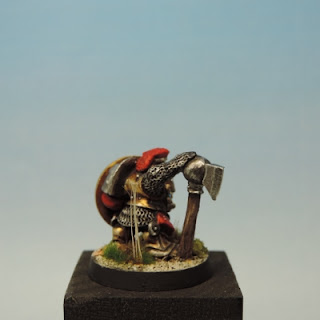 If you'd like seeing Sjoerd's finish piece - you'll find it here. But you have to look carefully, as he has hidden it in a group photo of all his painted MM90s.

And I won't stand away from doing a group photo either - so here's the 16 painted MM90's: 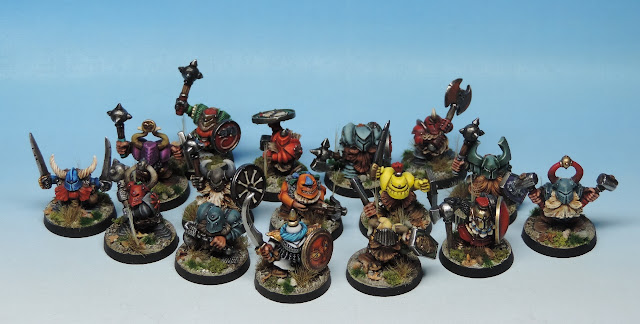 With a draw, it's not natually who shall call the next, but as Sjoerd  called the latest one, I shall call next one. And I've call the MM90/2d. 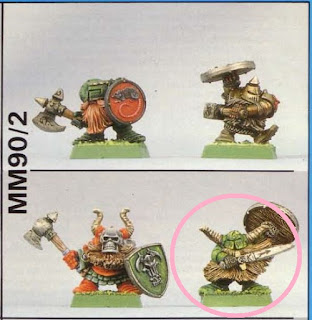 And my unpainted piece as of today. 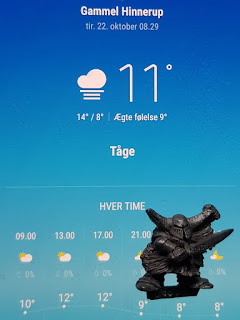 Made it hard for myself as I need more originally Marauder Miniatures Undead Shields. If anyone out there spot or got any, you know where to find me 😊 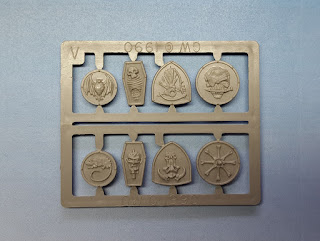 And no, I'll leave it to Sjoerd sculpting his own shields 😉