Collecting John Pickford: The secret is out ... (Iron Mask Miniatures)

I've been sitting on this far to long.

I guess you all remember this box, right? 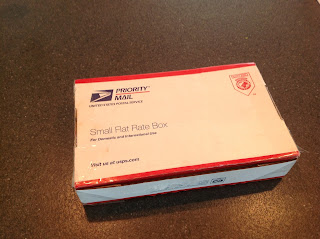 Well, I had an email this week saying "The secret is out‏" - telling me that the project has now been taken to "the point of no return". So this project is no longer a little personal secret, but is meant for something bigger ...: The ..

Iron Mask Miniatures is "another" historic fantasy miniature project. It's goal is to develop a range of swashbuckling adventurers for RPGs, dungeon crawling, and skirmish war games. But also plan to have core troops made that can be used to build units for massed battles.

The project has been inspired by White Knights Renaissance Dwarfs so no real surprise that the project had to involve Multi-part Specialist John Pickford.

First set of miniatures will be a range of swashbuckling dwarf duelists modeled after the legendary King’s Musketeers of 17th Century France. A set of figures armed with rapier and gauche daggers.

So, it was a set of these swashbuckling adventures that came in my box :)

Iron Mask has kindly let me have a copy of these first casts, so they could get documented here (and on the Wiki (soon to come)).

Iron Mask have already set up a blog telling all about this venture. It's quite a good read - and think you should go read it yourself: http://ironmaskminiatures.blogspot.com

- but in true "Clamshells-style" I'll also do a proper run down of what's in this first set, here :)

And the sculpts themselves are nice and crisp as ever. Bodies are in such wonderful poses, heads are so full of character and personality and hands are all you could ever dream of.

And now, their availability.....? That's a tricky question right now, as I think Iron Mask Miniatures is planing on doing a Kickstarter campaign to get them out. So all depends on their success, of course But I can't really not see why they shouldn't succeed. These Dwarfs here are some of the best ones I've seen till day (and that says quite a lot - as I've seen more than most people) - and they will fit most fantasy settings - so anything from a Players Character (RPG) to skirmish Swashbuckling Adventures or mass tabletop fantasy battles will find the useful. Would really like to see this project getting a good start. I wish you best of luck, Gary - and remember that the hope, the struggle and all the hard work towards the goal is part of the rewards. Achieving the goal itself is not a reward in its own :)
Posted by CLAM at 1:47 PM