Again an entry for Brush Slave League - the "Three wise men". Probably a mixed bag as it's a 30 year old miniature mixed with ultra fresh sculpts - but I actually don't find them that much different - as the style and size of these dwarfs are quite similar. 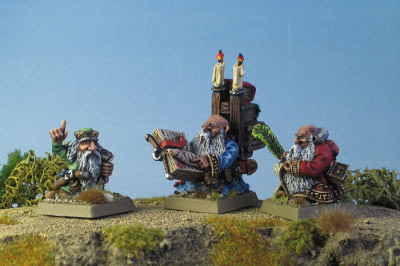 The miniatures used here is an Aly Morrison MM10 Dwarf advisor up against two of the absolute best Igor Karpov sculpts ever - the dwarf Scribe and the Librarian.

What these miniatures have in common - other than being "Wise men" - were their limited availability. Marauder Miniatures have been OOP for a long time, and if you didn't buy them in the early nineties they are rather hard to find. This one here was picked up from at a "decent" price a few years back, but could easily cost you £6-8 at eBay.

The other two are Igor Karpov dwarfs. It was love at first sight when Igor showed his brown wax dwarfs back in 2009 over at Bugman's. The miniatures however was cast in resin and made for Ratnik Miniatures (Russian company) and rather difficult getting out of Russia, but in 2011 Ursa Major Miniatures closed a deal with Ratnik and seemed ready to bring crisp metal cast to the rest of the world - now was I excited about that? But after waiting months for my order to arrive it was suddenly cancelled and my money was just returned to my account :(
How disappointed I was, finding out that these miniatures was - yet again - out of reach. But then LAM (www.lead-adventure.com) came to the rescue, and in a joint venture with Ratnik Miniatures the started selling Igor's wonderful dwarfs and in 2012 I finally got my "beloved" librarian :) 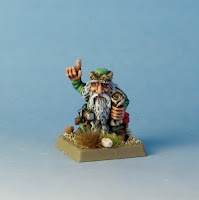 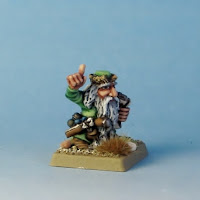 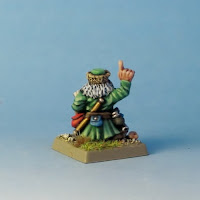 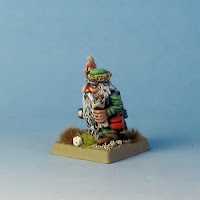 And then the Scibe and Librarian by Igor Karpov. 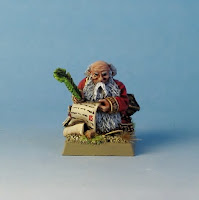 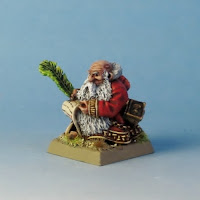 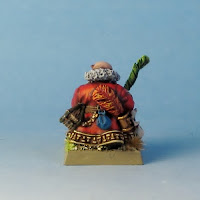 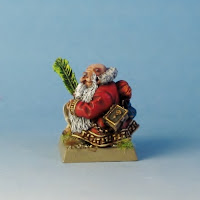 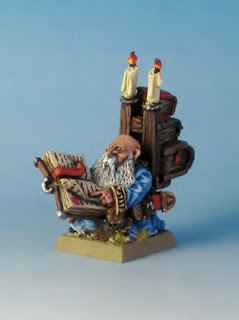 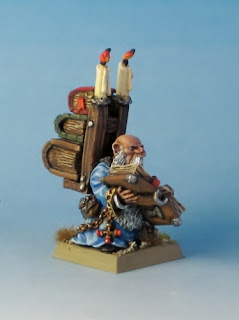 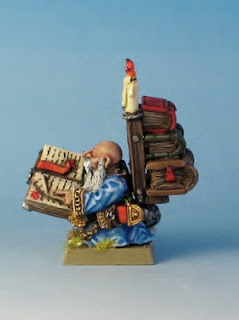 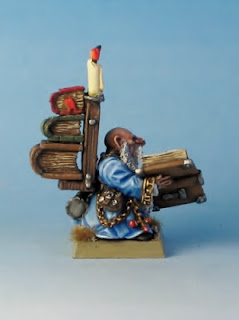