I was so close, but I had to call it in at 11 pm, yesterday. Base wasn't done and light was to bad for photos anyway - but then I woke up to this - https://evillittlebuggers.blogspot.dk/2018/04/mm90-painting-countdown-18.html - even with a little base - but I do miss the free hand on helmet, shoulder guards and the wrecking ball itself :-P

Darn, beaten again. Sjoerd called it Friday at 11am (while I were at work). I rushed home to prep it and I had it based and primed before the day was over.

Started Saturday at the annual "Road-Day" (we are partly responsible for the upkeep of the common areas around our little road here) - but I rushed backed late afternoon, and I began painting.

Gave it a good 3 hours, but couldn't make it, before calling it in at 11 pm - but I did sent Sjoerd a WIP-shot, this morning, to show how close it was.

Due to the wreaking ball I actually named this one - and called him Mylo Cyrus (and not Miley, you son of a .....) - cause, I'd never give a guy with a ball in chain a girls name. How stupid do you think I am? So it's Mylo after our male dog, of course ;)

But I shall forgive you! :-) Here is Mylo Cyrus: 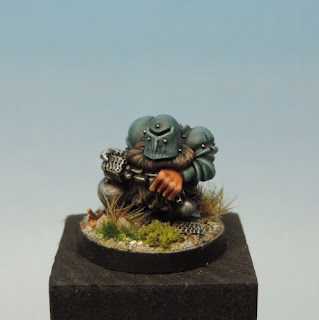 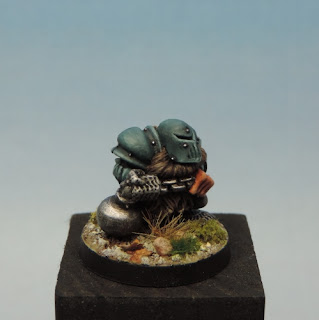 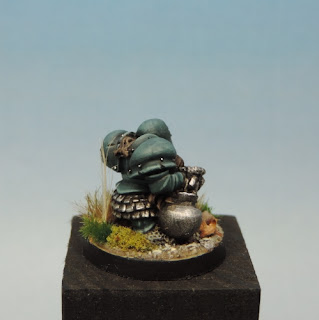 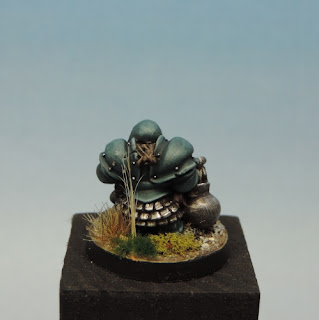 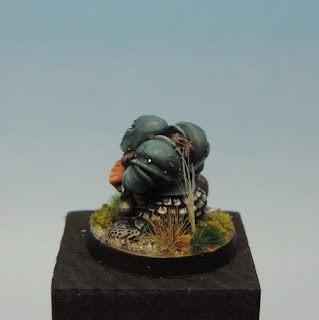 But that's not it, cause it's almost become a tradition posting two, so why not continue this trend. I challenge Sjoerd to paint yellow, so I thought I better challenge myself doing that difficult colour a go, too. So I've painted another one from Sjoerd's earlier countdowns. His first actually. 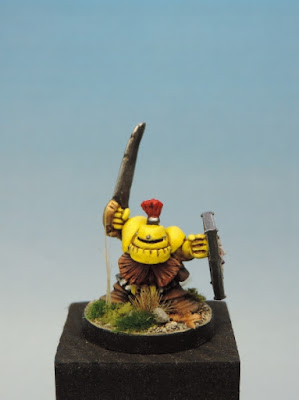 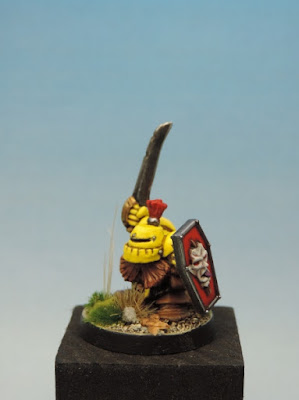 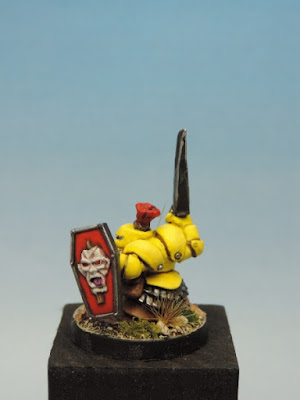 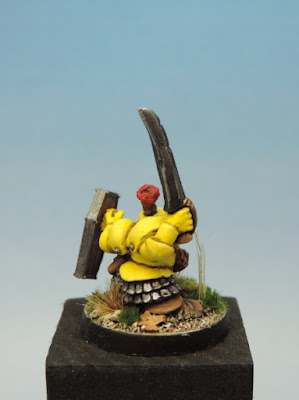 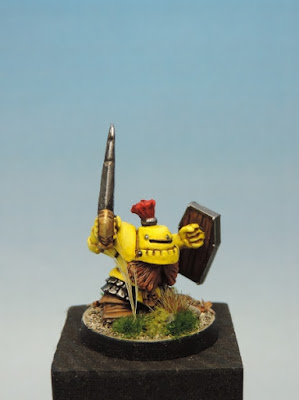 And then it's my turn to pick one. This time I've chosen a piece already primed and based - should give me the upper hand .... :) 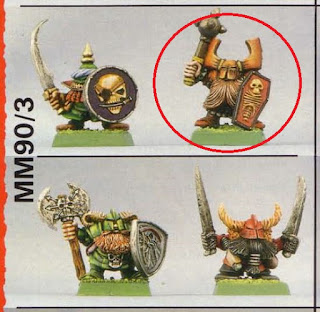 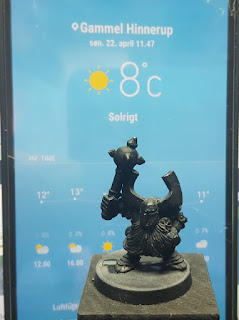 But in all fairness, cause Sjoerd is actually on a stop-and-go trip to the Netherlands (as I write this), and maybe because I'm away the next two days, I won't rush this. Don't expect seeing it painted till next Sunday.
Posted by CLAM at 8:32 PM