It's Monday and it's now my turn to post a finished piece after less than 72 hours calling the challenge and then claim the score .... I thought I had a stressing job, but it seems like my relaxing hobby can be even more stressful....

So, Sjoerd this one is mine - the MM90/5b is done or Ipkiss, cause you love naming them, don't you?Though I can't see whats wrong with letters and numbers.

And he even comes with an appropriated shield and scenic base.... (Sjoerd, that's the two round things you see down here - the one with the black rim he is sitting on and the round piece in his left hand, should you be in doubt).

I'm fortunate to have found about 20 of the original Marauder Miniatures Undead shields that came in the MM90-blister packs, back in the day - and I will be using these little gems for this countdown-project here (as they are almost as hard to find as the miniatures themselves):


And without further ado, led me present Mr. Golden-Green, the: 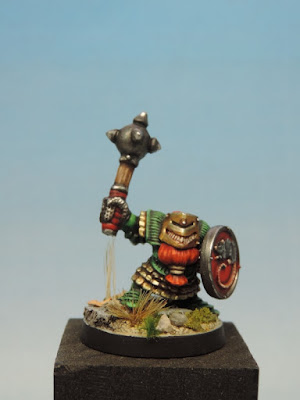 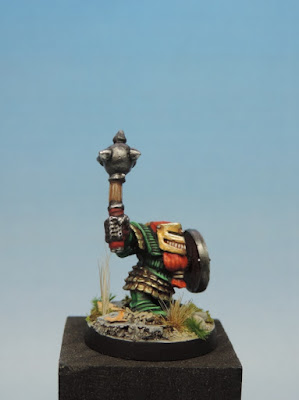 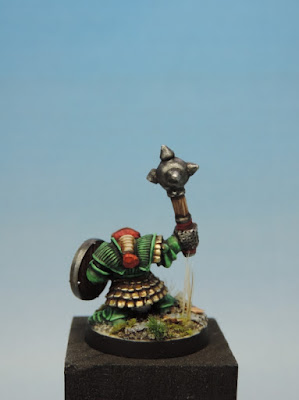 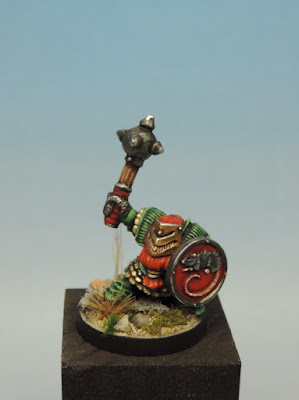 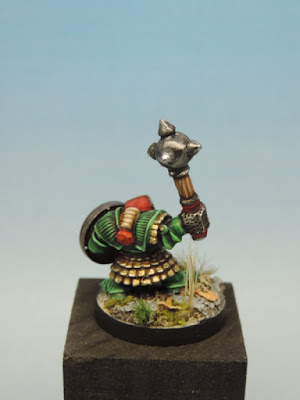 Not an easy one doing - not only is this a poorly cast miniature (slipping mould issues) but I really struggled doing the gold right. I'm still not 100% happy with the metal work, and will have to practice a bit more (Darn, cause I'd had great expectations after finding the Vallejo Metal Colors. Love the silver ones - but the gold has a strange green tint to it ....?) Any good golden metal recipe is  very welcome.

And that's not all ... no, cause when painting single miniatures I'd like something else to work on, while paints and washes are drying. So why not start on one of those the Evil Litte Bugger  had alreday painted. So as the title say and to even the score a bit, another one is done - this time it's the MM90/5a - (yes, the hair ball) that has received some paint as well.

I think Sjoerd called this one "Cousin Itt" after some old (probably black and white) movie from his youth. I'd have called him Chewie, though (but that says more about my ages, right?) :)

But here he is, Mr. Blonde: 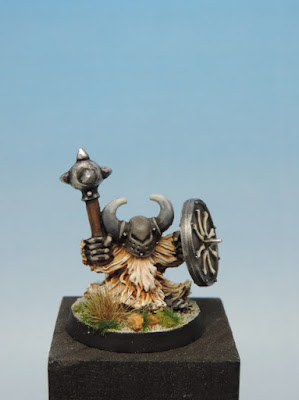 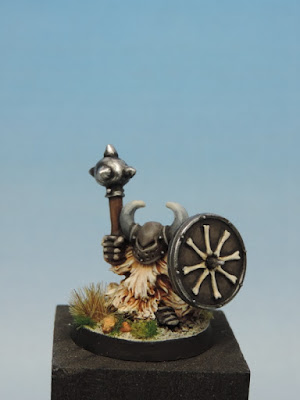 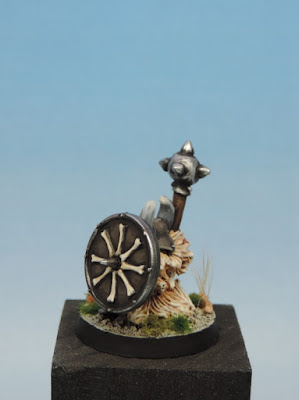 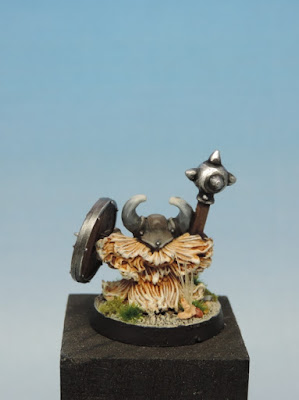 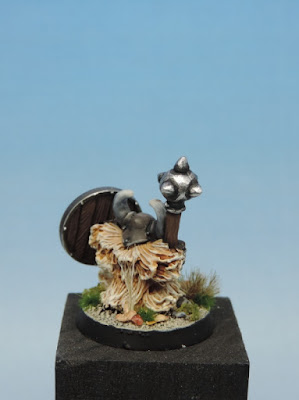 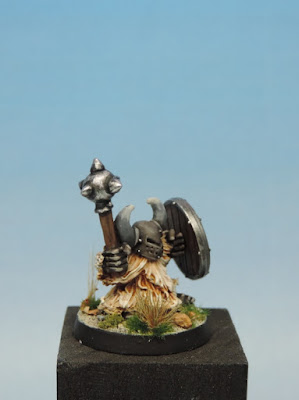