For this round two I've converted some WKmini dwarfs into Pirates. Most of them are very minor conversions - but the Pirate Captain took a bit more work. Here's a WIP. 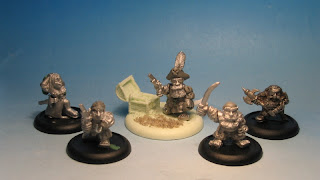 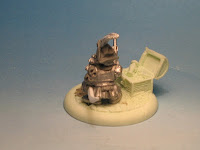 The trained eye will spot that it ain't entirely WK's - and Old Bugman Range (Citadel) has been added to the crew, due to the "pirate" look. Rest is WK's - Floozie (with added hat and sword), plug-in dwarf with converted head, pistol and hook, Set 2 dwarf (Captain John) with converted coat, hat, sword/sword arm) on a Fenris Games DS base, set 2 dwarf (with bandanna).

And then all painted! 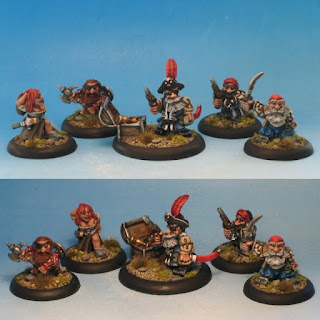 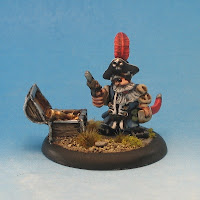 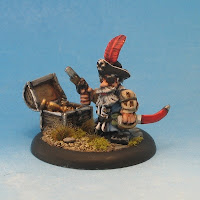 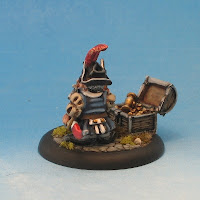 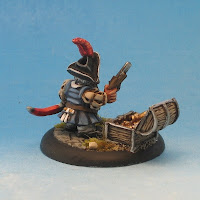 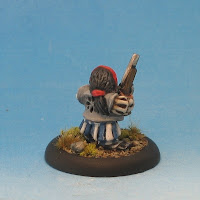 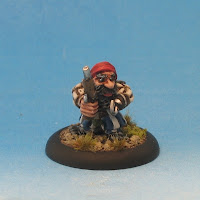 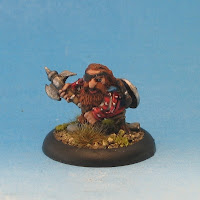 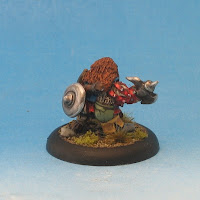 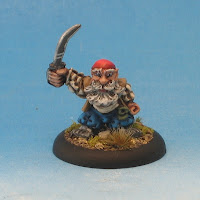 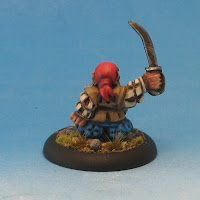 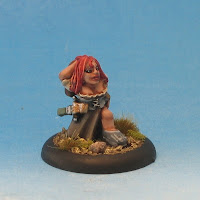 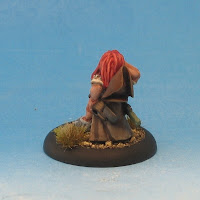 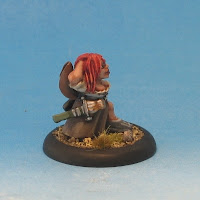