And now, back to what this blog is actually about ... painting miniatures :-)

And yet again it's an entry for a painting challenge. Looks like that's the only thing that can really motivate me to keep on painting, these days.

Today's update is an entry for my "child": "The Brush Slave League 2012" @CDO. Have put a lot of time and strength into this painting challenge and the new league format, and it's really starting to pay off. 24 people are now involved with this - and most of the participants contribute with new stuff each new round (run on a monthly basis). Have to admit that I really didn't expect that much commitment but it had made all the hard work so much easier and pleasant. Was a bit afraid, that after 6 moths I would have had it by now, but I'm really enjoying it - and am looking forward doing another 4 rounds.

Round 4 was again a "free round" meaning that you can do what every you want to do. So I used the open theme to get some of the John Pickford rarities painted.

John has been very generous with me and had given me access to some of his early conceptual pieces - back from when it all started. If interested you'll find most of these here in the "Other unreleased and promotional Miniatures - section" of the Collecting John Pickford Wiki.

So I picked the Goblin Commandos and the ultra rare Goblin Fanatic with Meteor Ball - all dress up in a nice classic Fantasy Jester Costume - bindig them all together, so nicely. 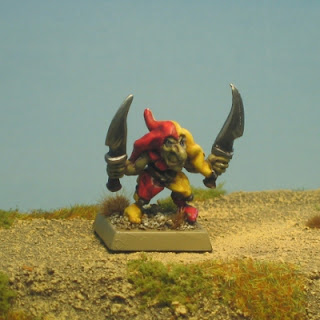 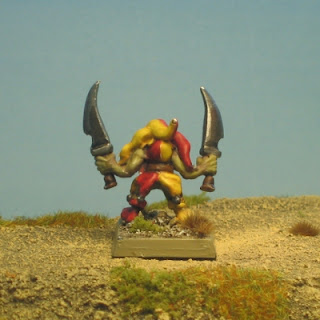 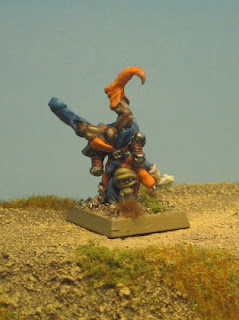 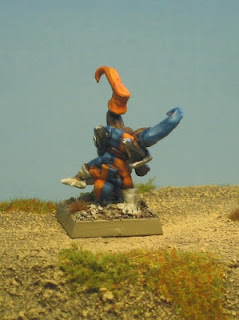 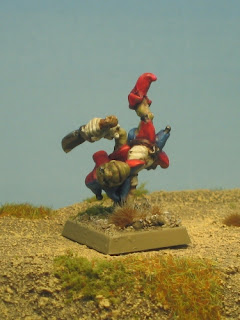 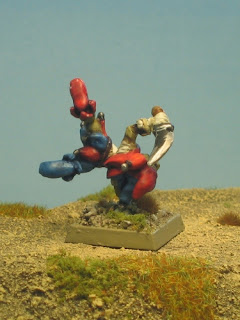 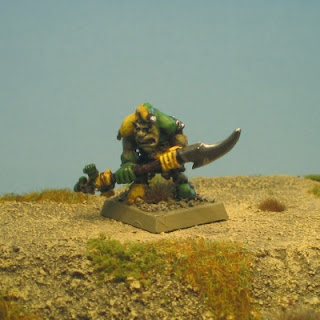 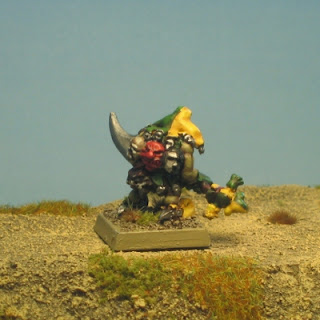 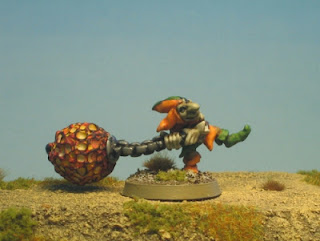 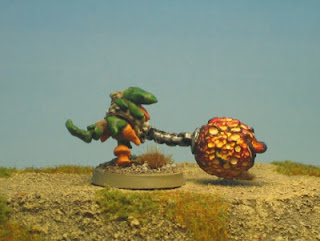 And here, the competition entry as it was presented in the "BSL Round 4 - Marauder Green Skins vs. Fanatic Jesters" - match up @CDO. Yes they were up against Blue in VT's awesome Marauder Miniatures Goblins - but luckily, some people seems to be "a bit tired" of seen them again. So think I had a few votes on that account, as Blue crystal sharp brush (and photos) are so hard to beat. But I shall not complain or make excuses - and a "win" is a "win", right? :-) 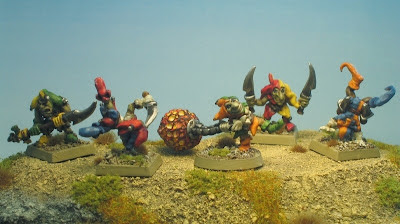 And just because the Goblin Fanatic is so dear and special to me - I think he deserves an  "360 degree" presentation/collage :) As he is probably the only one that will ever get painted. 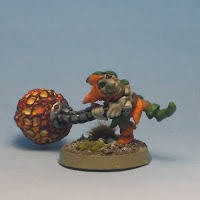 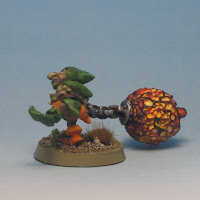 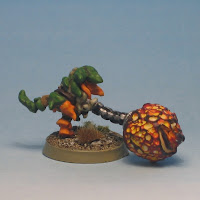 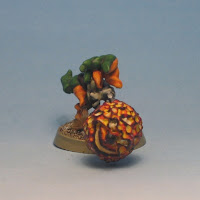 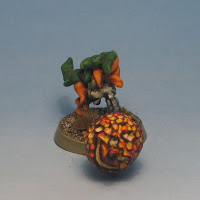 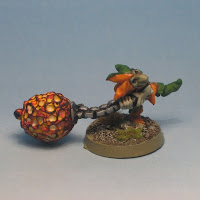