Back in March 2020 I told you about Crooked Dice and that they are now the proud owner of the old Otherworld Giant. Back in March I couldn't tell you much more than that, but on 16th of April this "Not at Salute sale"-poster showed up on different social medias:

And on April 18th this gigantic monster got released.

I do have an original Otherworld metal giant already in my collection, but by the pictures floating around it looked rather crisp and fine. So with the benefit of a lighter resin version, I jumped at it. Helped along by a introductory price at 'only' £50, that made the deal even sweeter.

And a few days ago it finally arrived here. Because not even a lock-down and the risk of Covid-19 can or will stop an avid collector nor his mail-man 😁

And so here he is, 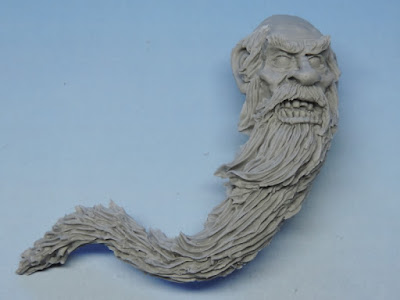 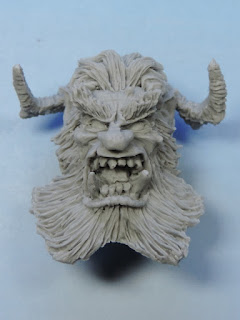 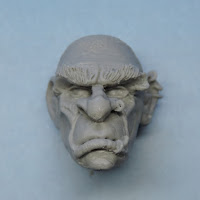 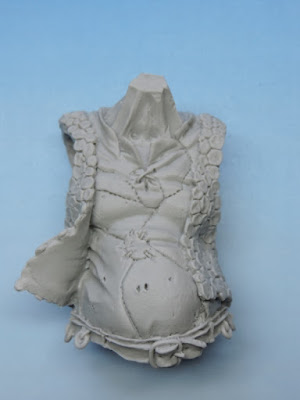 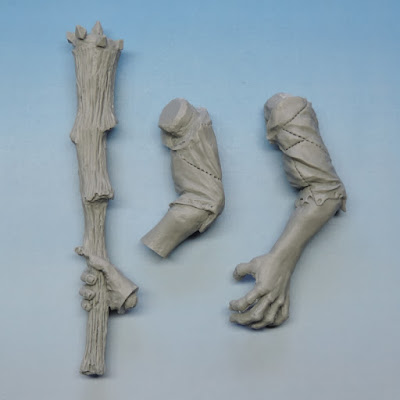 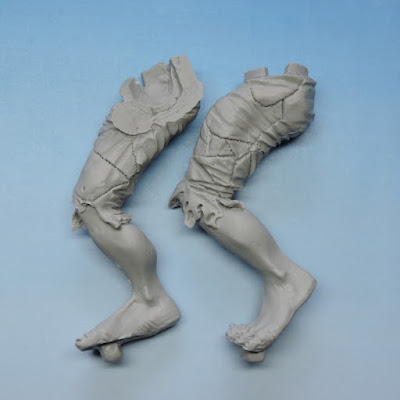 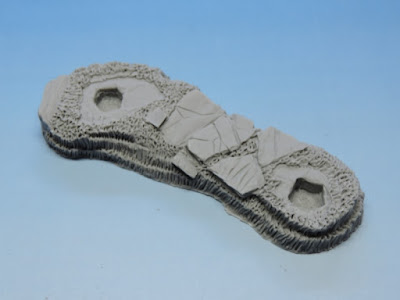 Some might remember my post back in October 2018 about what was going on at Otherworld Miniatures. Since Summer 2018 a lot of John's monsters done for Otherworld went out-of-production. Many have now shifted hands and re-appearing all over the place (like the giant above at Croocked Dice).

A lot are still missing (like all the Goblins and Ogres), but more have now showed back up.

I'm still trying to keep that old October 2018-blog post up-to-date, but I'll also like to give a little plug here for two that recently showed up as add-ons in a currently running Kickstarter Campaign.
It's Dragon Bait Miniatures that, in their Kickstarter campaign, has announced that they have acquired 4 Otherworld monsters, of which two are by John P.
All will be add on's in their Boxer Rebellion, Nine Kung-fu style Turtle Adventurers (go check it out). The two Pickford pieces are the Otygugh and the Landshark (now know by its true name -  Bulette). Both will be cast in resin. Otherworld only did the Landshark in resin. Otygugh was a metal piece. Guess, I'll have to get myself a resin Otygugh, now as well.