I took a chance this time and went for those limited edition spiders, that I got in my latest Otherworld Miniatures purchase. Richard Scott was offering a set of 4 unreleased/yet to be released large Spiders for those voucher holders that would hold back making a voucher purchase and placed an old fashion money order instead. That was one of those offers I really couldn't refuse? So cancelled my plan voucher purchase and replaced it with an order for the most wanted new releases and got myself a set of these. Had already planned doing the common large Spiders for this one, but I actually like these slightly better and decided doing them instead. Challenge says, it has to be models from the Wilderness range - so might get ruled out for entering these, but who really cares? After all, another awesome batch of Otherworld's are now painted and ready for being used  ;-) 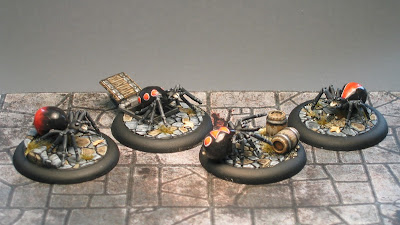 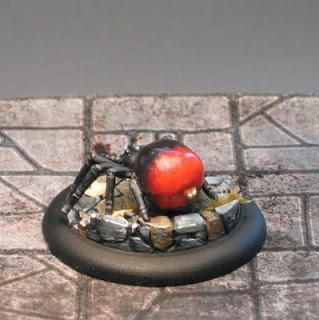 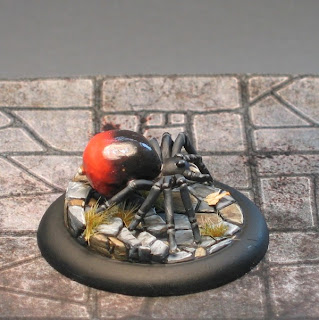 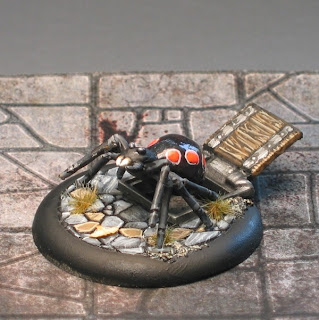 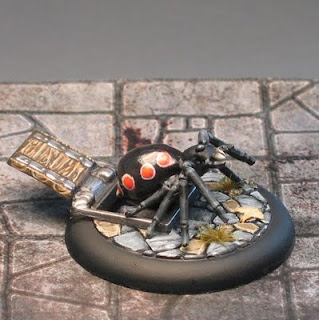 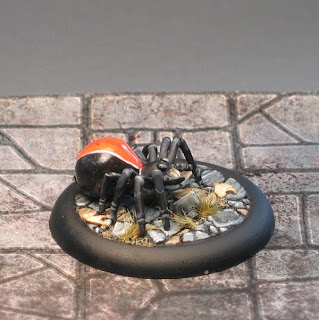 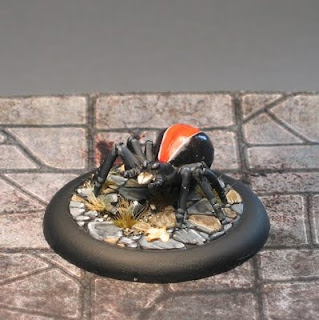 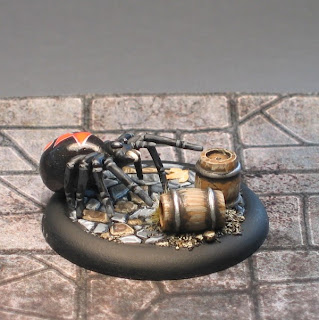 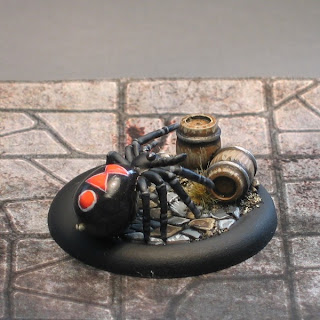 All painted in Black Widow inspired colour scheme. Should probably have based them on some woodland scenery bases rather than these dungeon ones (due to the challenge theme) - but I really like these 40mm round DS dungeon scenery resin bases from Fenris Games - and the spiders seems almost like sculpted on them, so could resist using them.
Posted by CLAM at 8:15 PM