And now to something completely different ..... :)

Not sure if its due to my age, being Danish (old Norse), fascination of the Viking Age i general or "simple" just because it's a darn fine game, but I've - like Blue in VT put it - "been bitten by the saga bug...".

The last few months I've picked up all the SAGA books (sold from Gripping Beast) and pulled out some old books about the Norse Sagas and Danish History and started studying. Also gone through the lead pile and found some Viking miniatures picked up long ago from Foundry - but also added some new ones from Crusader Miniatures - all miniatures are sculpted by Mark Sims.

So over the next months you might be seeing something a bit different now and then :)

Don't really think SAGA needs any introduction, but SAGA is a skirmish game for miniature warriors set in the Viking Age (Dark Age) when strength and bravery were worth a thousand men. But if you want to learn more about the game - check out the various blogs and forums out there ... :)

Enough about the awesome game. This is a painting blog so what have I been doing.

First, I've prepared the men I'll be using for my first practise games - so aiming to have a 4pt army done within the next few months.

The starter army will be

So started with the bulk of the Warband the "Warriors" - all build from some old Foundry's, sculpted by Mark Sims. 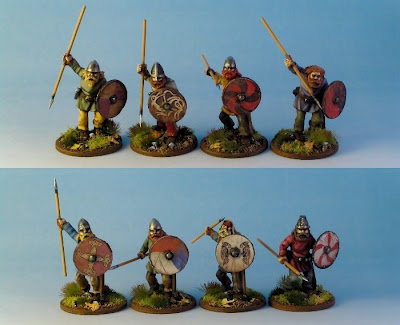 And here raiding the British Isles :) 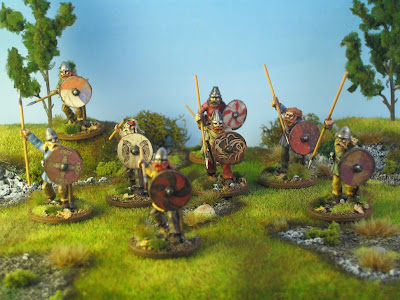 But that's not all. Also preparing for some terrain. Started small so have started building a Pit House. Those that "like me" on Facebook, would already have seen this, but here is some WIP and the finished piece. 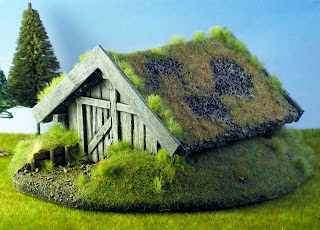 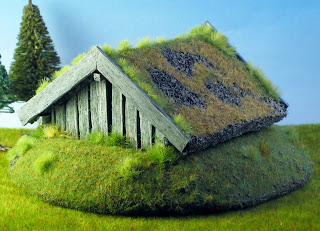 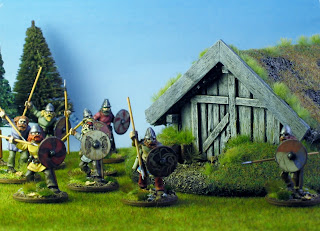 Was a lot of fun building - and pretty sure you'll see more like this during the winter :)
Posted by CLAM at 4:00 PM