Like said earlier this week, I've challenged my good friend, Sjoerd Trowee in a MM90 Paintaton. Last Friday, Sjoerd called the MM90/5D as our next subject and I'm to paint that one, now.

Sjoerd finished it Monday, and then posted his piece on the blog. He did a stunning job.

Sjoerds mission is to replicate the original paintjob from the Marauder Miniature Catalogue - or as close as he can with the limited supply he is destined to being deployed in the Arabian dessert. Where I'm going to try out a more modern approach - and try prove that they still have a place in mordern war gaming.

Here's Sjoerd's finished piece - but do take a look at the blog as well: https://evillittlebuggers.blogspot.dk/2018/04/mm90-painting-countdown-22.html 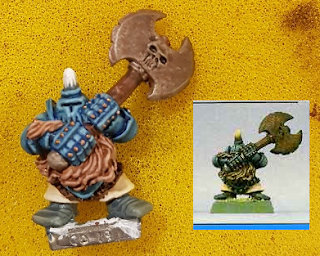 Am I the only one who's missing an important part to call this one "done"...? Pretty sure something important is missing ... it's not a shield as it's a two-handed weapon ... but still something ...? 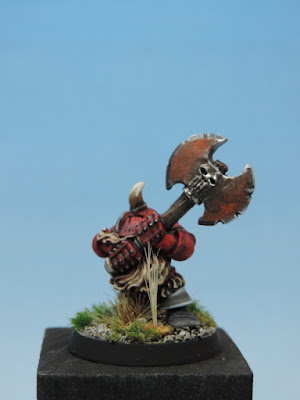 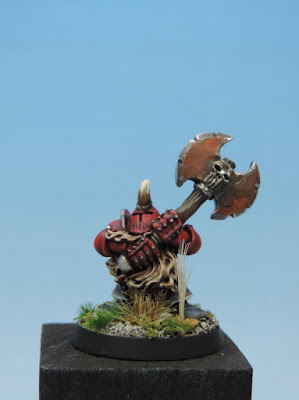 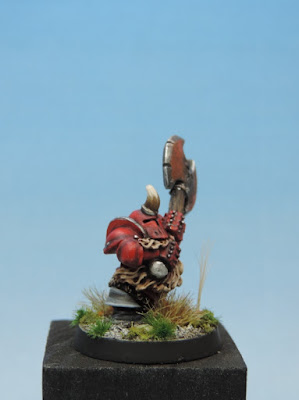 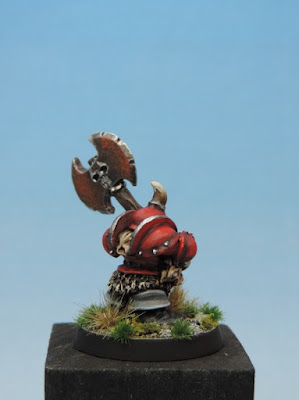 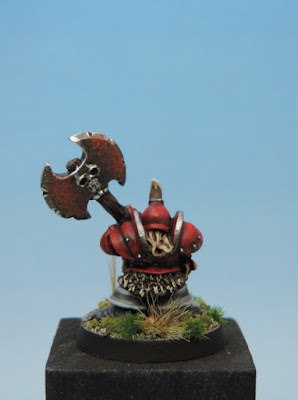 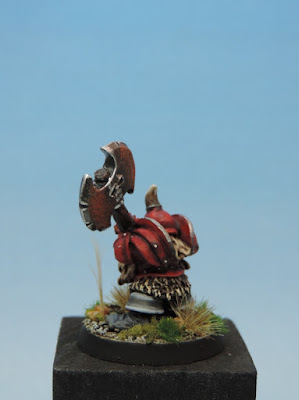 Now, that's what i call a finished piece, mate - note the little round thingy he is sitting on ;-) Muahahaha! :-D

And then, I'm to call the next one ... I might be down on 23, but Sjoerd is on 21 and have already painted the MM90/5a, MM90/5c and d, so why not let him complete the MM90/5s - I would have called the "ever so sort after" Marauder Chaos Dwarf Crossbowman - the MM90/5b, but it seems like Sjoerd has left that one back in Holland. So rather than wait for him collecting it - I'm calling another one - another guy with an awesome face mask - the MM90/6b - so Mr. Trouwee it's time for you painting yellow, hi hi hi :-D 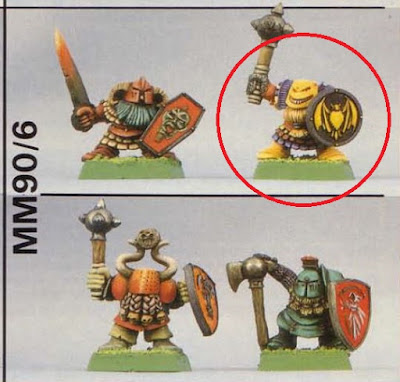