Since the beginning of my friendship with John I've heard him speak about how much he would love doing a Hydra, and especially how much he would love doing it for Richard Scott (of Otherworld Miniatures), as Otherworld is well known for letting their sculptor play with classic fantasy/original D&D concepts - and would definitely be an opportunity to do this mythological monster great justice.


Over the years, John Pickford has done so many wonderful dungeon monsters and wilderness encounters for Otherworld, but he has never been let loose on bigger reptilian monsters. And when Otherworld actually started doing their big serpentine and reptilian creatures they decided doing dragons? Not, that the dragons - done by talented Andrew May - ain't great, but hydras are cooler. Much more vicious, nasty and cruel. So all hope might seem lost - just till this showed up in Facebook-land and soon after on various miniature-news-sites. 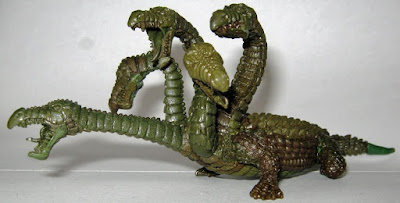 A beautiful 5 headed-Hydra measuring almost 7 inches and sculpted by ... John Pickford, of course. Looks like he persuaded Richard after all :-)

And ain't she a beauty? Looks like she has just jumped out of an old monster manual, ready for action.

Now, why write about this old piece of news (as the story was revealed in August 2015)? Well, first for a documentary reason. Secondly, health and time hasn't allow me much time for doing so - and third and foremost ... because mine has just arrived, and is too good not to be shared :-) 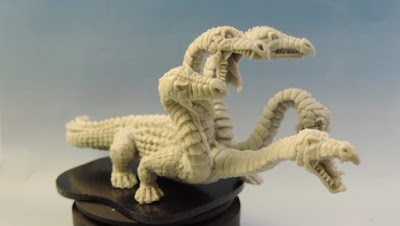 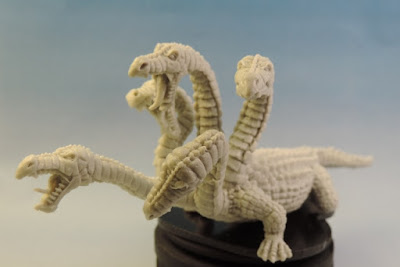 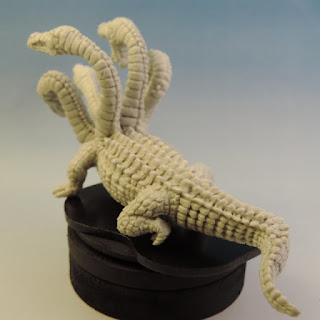 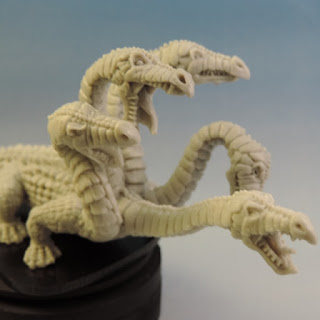 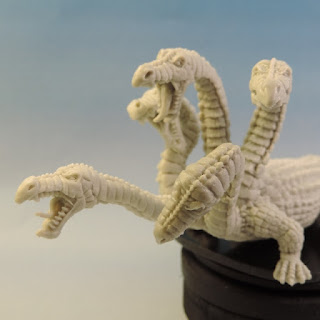 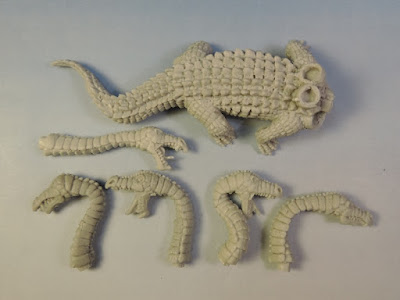 It is cast in resin and comes in 6 parts and it is supplied with a laser-cut acrylic base as shown in some of the photos above.

Its a super-detail sculpt. And the level of details put into all the individually sculpted scales is magnificent and very accurate. You must be rather a mad-man requiring such a project. But that's John, in a nutshell, making the impossible possible - and that is why I admire this guy so much.

You can find the Hydra here at the Otherworld Miniature store. Including the wonderful display piece painted by Mr. Andrew Taylor.