Sci-fi Aenur and a Pig from Space

And to prove that I actually do paint .... if not often then occasionally  :)


Sci-Fi Aenur
First, I took part in a little challenge in the awesome Emporium of Rogue Dreams Facebook group.

The Challenge was rather simple, as it appeared that so many people had an unloved Aenur laying around, that it was only natural that the participants tried to comes up with the best repurposing of this unloved miniature.

Unfortunately I gave up my piece many years ago, but a fellow member kindly donated a copy.

So all I had to then was start chopping up the Mordheim Elf Hired Sword, and convert it into a sci-fi miniature - rather simple :)

So right after receiving it i put clippers to the miniature, as I knew that the more I look at it, the more sorry I'd feel about doing it.

So took me just a few hours turning this: 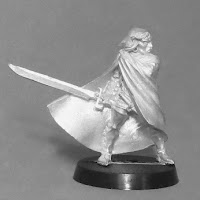 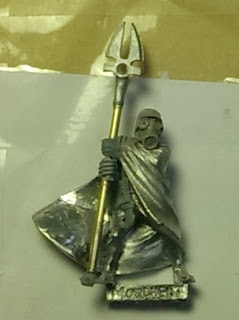 Rather straight forward head and weapon swap. Only real challenge was the repositioning of the right arm.

And then I had like 10 weeks to paint it. But like everything else in my life it ended up being a last minute thing. But as always, I managed to finish, of course. So, here is my Wasteland Aenur: 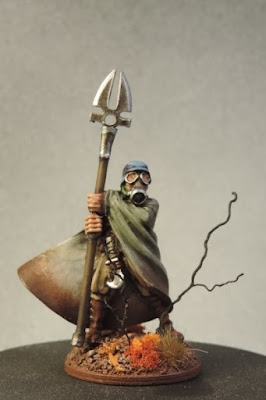 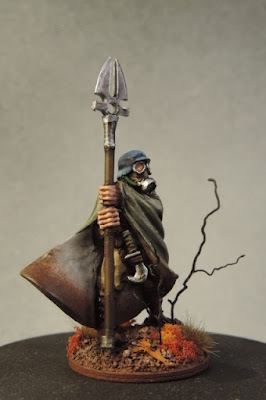 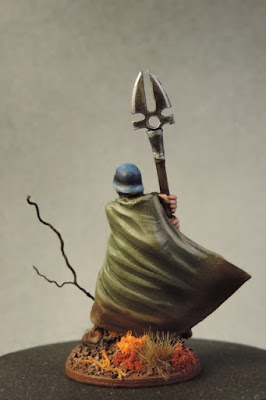 I haven't painted anything Sci Fi in years but now feeling the Sci-Fi painting mojo again I recently grabbed another Sci-fi piece I have had sitting here for long.

A Pig in Space
The miniature is a custom made/private sculpt given to me as a present due my long recovery fase - and in return of this great gesture, I've actually painted it, now. 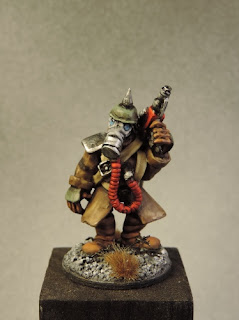 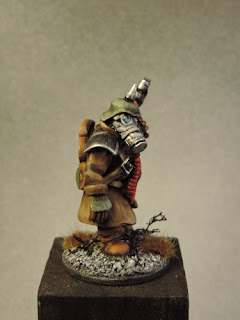 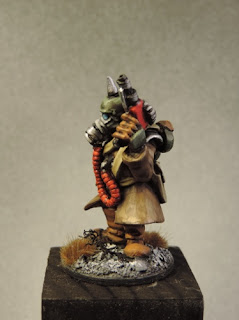 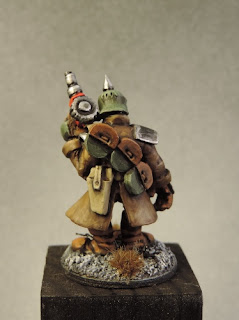 The miniature is as said a costume made sculpt and made in a kind of homage to an unreleased Foundry range of Sci-Fi Pig Faced Orcs, that John Pickford did some years ago. It's a terrific sculpt that's made in a lovely retro Sci-fi style but with a nice WW1 vibe to it.

Hopefully Foundry will soon release all his brothers, as this guy is getting lonely and could use some company.