This one here, today, is a bit special to me. Some of yAwou are well aware that I had my own little miniature venture into miniature design and manufacturing going. The project has been focused on creating a private army of evil dwarves sculpted by John Pickford - I've called them the Ewal Dvergar.

It was always a private project, but there's been a growing interest in getting these miniatures, a demand I was not capable of fulfilling. So, about a year ago I made a deal with Old Schools Miniatures (OSM) and gave them the license to manufacture and sell all the evil dwarfs sculpted by John Pickford as they complement OSM existing Chaos Dwarfs range very well

OSM is now live on Kickstarter raising money to complete this transfer and put them into full production and to give them a broad availability.

The main focus for this campaign is to release all the initial made Ewal Dvergar and cast them in respect of the army composition and design John and I had already chosen on. The miniatures are still multi-parted and many bits are still cross-the-sets compatible - giving you 100s of build options, like initially planned.

The initial sets are:

plus,
The Campaign funded in 38 minutes and have already reached its 3rd stretched goal and now claiming for the 4th.
As said, the main focus of this campaign is getting the excising range into a full production stage, but being successful as it is, we are now looking into expanding the range further.
We have lots of plans for the range in the future and first real new expansion to the range (that will become available in this campaign)is this awesome army general.
Old School Miniatures: Ewal Dvergr General 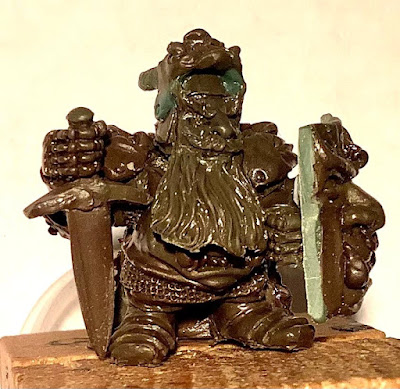 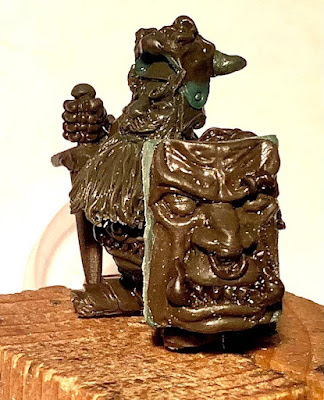 After that, we look into creating a mounted version letting him ride this two-headed boar converted by John, back in 2016: 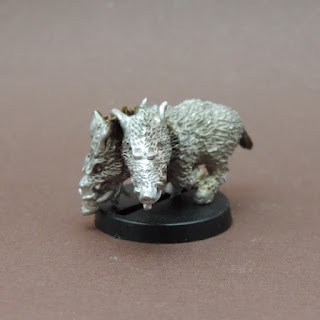