Collecting John Pickford: A Zoat for the Gaming Cantina

Earlier this year, a good friend of mine pointed me in the direction of "Axiom" - and his gaming club "the Gaming Cantina" - as he had commissioned John doing him an event-special-miniature - a Female Howling Banshee. The miniature were for their annual event - a long time running Warhammer 40.000 Campaign called: 'Eldritch Port' - and I was very lucky geting my hands on a copy of this little beauty.

"Axiom" was so pleased with last years result that he have asked John to do the 2012 miniature as well. And has also been kind enough letting me follow the project up close and have shared all John's WIP shots, with me.

The miniature, a 40K Zoat carrying an Eldar casualty is now finished and with the courtesy of Axiom, I can now share the Work in Process shots with you: 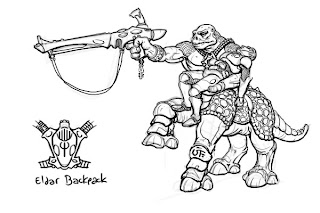 This awesome piece of art is done by Jon Cave
Armature: 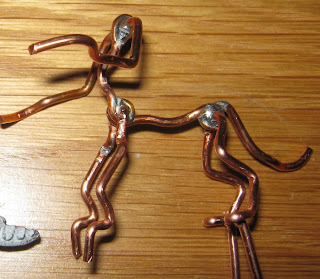 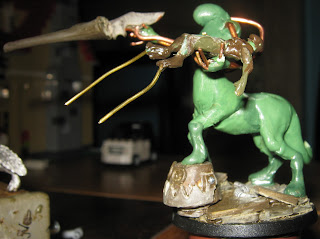 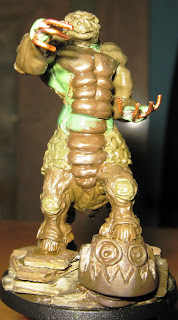 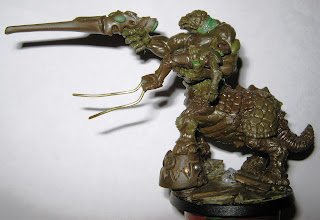 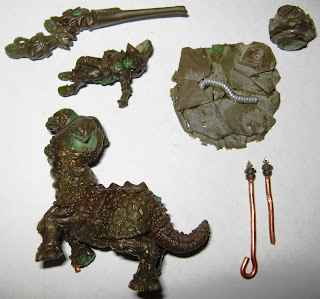 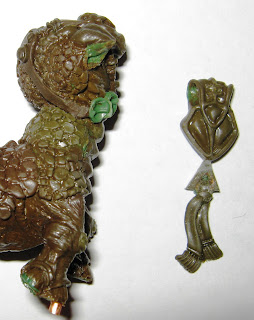 As reason for doing a 40K Zoat, Axiom said: "Why a zoat? In the Rogue Trader Compendium Eldritch Raiders army list you could include 0-2 Zoat terror squads; Zoats were described as being the favoured mercenary choice of Eldar. Making a figure around that basis as a mercenary bodyguard seemed like a good idea."

The miniature, including the base, will be cast in resin and will be limited to 50 copies and given to the people attending the 2012 Eldritch Port-event.

The miniature has now been added to the Gaming Cantina page at the Pickford Wiki.
Posted by CLAM at 9:19 PM