We are now well ahead with the Brush Slave League (@ Chaos Dwarfs Online) and round 3 have just finished, so it's time to share my round 3 entry.

Like most rounds, round 3 didn't have any strict theme so I used the opportunity to start next regiment of Pickford Dwarfs (White Knight miniatures). As I want an army with all kind of different colours cross the army I went for a blue/yellow colour scheme for the Pikemen. The pikemen unite will not only be made from White Knight Miniatures, though, as I have a almost complete MB1 - Dwarf Regiment from Marauder Miniatures - and want to use those as base for this unite, and then bulk it up with Pickford's. 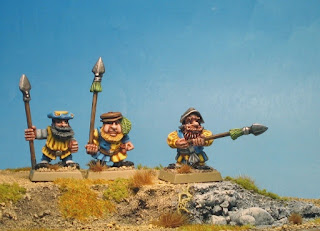 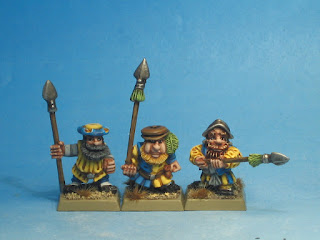 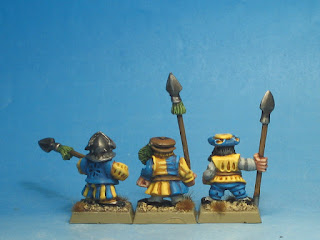 The trained eye will spot the use of square bases ....! Originally this project was just to build a small skirmish army for smaller games, but the WK range is growing bigger and bigger and then I have re-found an interest for playing large scale table top games with rankable units, so I will now try and group the core troopers in units of 20-25 models.

And you might also spot the use of terrain in the first picture :) - cause that's another project, as I'll be needing a gaming table. So I'm working on a modular gaming board and some terrain pieces, too.

First piece was this "hill": 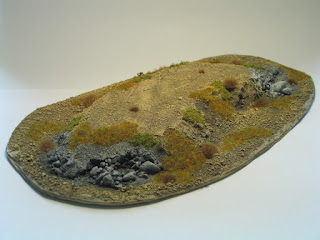 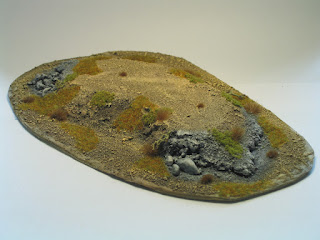 Can't actually remember when I last did terrain, but I was a lot of fun doing so will most certainly be doing more.
Posted by CLAM at 9:41 AM