Told you about this miniature the other day. I think it's a brilliant one and I have now been given the chance of getting him a bit early (before his official release). So, felt an urgent need for painting him straight away. Just finished the base (glues probably still wet) but thought I'll share him with you.

The miniature is an Oriental Ratman (Nezumi), sculpted by John Pickford and will be available from Four A Miniatures, soon. Probably meant for some kind of Fantasy Samurai Wargaming, but can surely find a place in my fantasy setting, too. 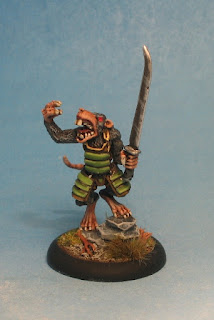 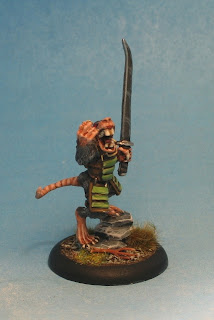 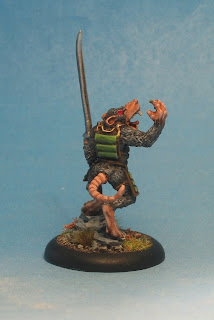 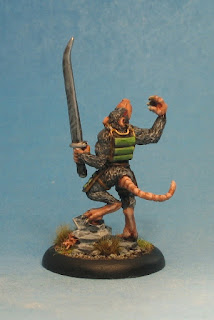 Really like this one here and do hope that Andrew (@FourA) will consider having a few more made. Would certainly look good with a two handed pole weapon like a Naginata - but also a two sword version (short bladed swords like Wakizashi or Tanto) would look good. And I'm pretty sure that a long bow (Yumi) would go well with the rat as well.
Posted by CLAM at 2:31 PM