An old friend of mine, all way back from the heyday of Chaos Dwarf Online, Mattt Baaij/"Bolg" has sent me a little present and I've finally found the time to pay this little gift some attention.

Mattt became know in the Chaos Dwarf community for building armies out of almost anything - and was especially well-know for his "cheap-skate" Warhammer armies build out of Kinder-eggs, scrap bits and large quantities of putty/modelling clay and a dose of great talent.

However, Mattt greatest passion is drawing - and especially drawing comics. And for years you have been able to follow the "cute" little rabbit "Bunbun" - in his very own web-comic


And Bunbun is certainly a cute little thing, but it's in that sexist, pervert, chauvinistic kind of way cute - that gives it a slightly bitter taste in your mouth :) But his is drawn with such great humour and passion that you can't help but loving the poor little guy.

Over his lifetime Bunbun also got a female companion, Nubnub - someone to take care of his rough edges, so when he sees her for the first time he hugs her to death, of course. But she kept appearing at has become a raw girl-power character and Bunbun has to work hard for her love.

Now, what has all that to do with "a present", you might ask. Well, over the years Mattt has combined the two thing - Bunbun and wargaming - and has created a very unique Bunbun warhammer army - and during the process of turning the 2D comic hero into 3D - Nubnub has been materialised and turned into a true metal miniature 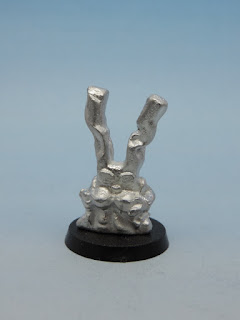 - and Mattt has kindly granted me the opportunity of painting her. So here she is - the lovely, but lethal 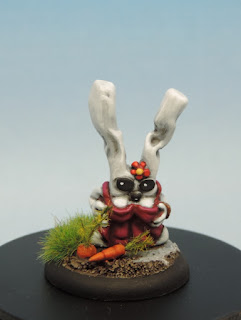 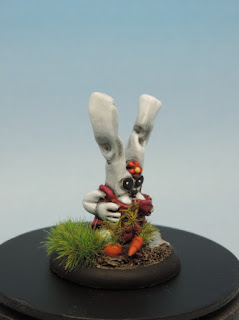 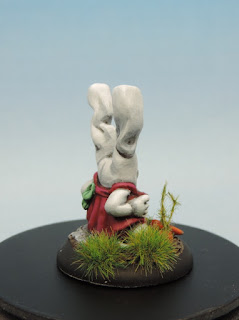 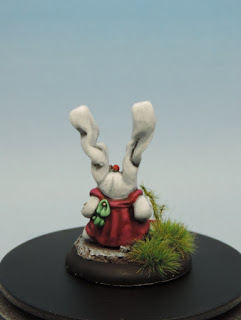 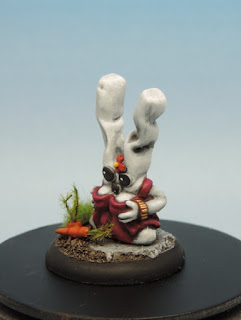 Thank you, Mattt - such a pleasure painting - now please do me a Bunbun - she's rather lonely :)

And if you'd like to know more and read the Bunbun comic you can find it here:

https://www.facebook.com/Bunbun.Carrots.Included
Posted by CLAM at 2:57 PM

Email ThisBlogThis!Share to TwitterShare to FacebookShare to Pinterest
Labels: Bunbun