A lady in red

Or is she...? Cause a rather disturbed looking lady she is.

The miniature here is an early John Pickford miniature. I don't know exactly when she was made, but my guess would be in the early 2000s and she is probably the first human John did - and picture a female druid - but a druid with some necromantical abilities - and would easily go as a Necromancer in my games.

It's rather interesting seeing a human from this early period where most of John sculpts seems to be goblins or goblinoid inspired miniatures sculpted in a classic heroic fantasy style. So, quite nice to see him experimenting with the tiny female proportions spiced with some slightly large female attributes :) And I'm very happy having her in my collection.

That said, I'm not that keen on painting female miniatures. Females rarely suits my painting style, but I've tried hard keeping the transition subtle and the skin as light as possible. Worked to some degree but I definitely need more practise on this subject. 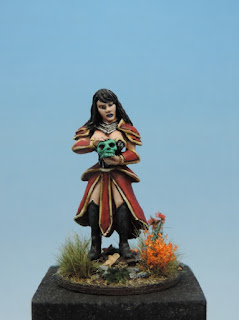 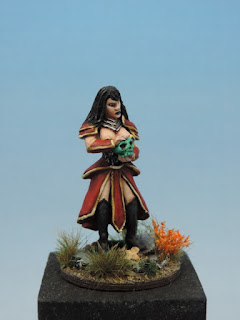 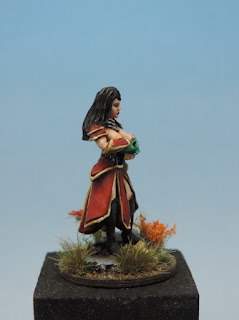 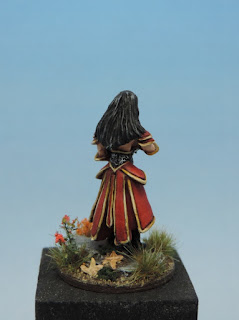 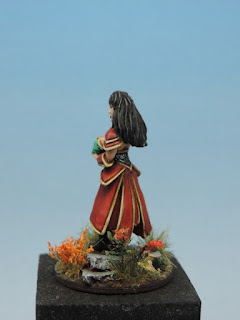 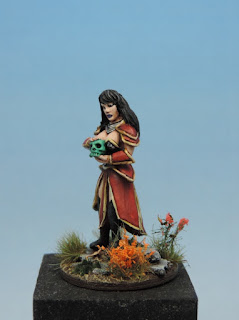 For those who might like to see the original unpainted miniature you can find her on the Wikia - here: http://collectingjohnpickford.wikia.com/wiki/Other_unreleased_and_promotional_Miniatures#Female_Druid