Yes, it's been to waaay to quite in here, I know and I do apologise :(
- but I shall spare you all the poor little excuses for not painting or bringing you news.

However, I shall try make up for it over the coming weeks, as I've got quite a few Pickford gems and news to show and share.

This one, today, is a special one - and probably the most exciting one of them, cause I guess most of you (just like me) probably didn't even know of it's existence.

But back in 2010, around the time where John did til Artisan Dwarf for the CCM-Yahoo-Community, one of the members commissioned John doing him a dwarf beast handler with two beasts.

I haven't noticed this being made nor has John told me about it. He do enlighten me about his earlier works, but its all based on "memory" and an old online email inbox - both are close to be put out of service, hi hi :)

But back in August, a good collector-friend of mine, Threadbare, sent me a link:


I was all over the moon, because at the very end of this link a little gem is hidden - a "Perv" Miniature, sculpted by John "PoshGoblin" Pickford and painted by "Atacam".

Sculpted by John "PoshGoblin" Pickford ?? Those 5 words are sweet music in my ear :)


To find out more about this miniature I spend all morning to locate what I believed could be "Perv" . And by noon I'd sent one of those weird emails starting: "You don't know me, I live in a small unknown country, I have found you address on the internet and now I need your help ....!". You know, one of those emails most people would delete immediately - if not automatically ending up in your spam folders.
But to my surprise I actually did receive a reply. Even a positive and informative one. Here's the answers I got from George (cause that's the given name behind "Perv") to reasons for doing the piece and miniatures and casting details:

"No real reason for sculpting it or background, just wanted a Slayer Dwarf with 2 pet cats so they can all go Skaven hunting :)

All 3 pieces are by John

The paintjob and base were done by a bloke who goes by the name of atacam, hes more of a Rackham painter\collector.

Sculpting year...this is tricky...I have photos of it when WIP so will check on them when I get home (Possibly 2011/12)

The slayer is called Perv and the cats are called Rocky and Gizmo, their names are sculpted on their cat collars"

George even gave me permission using his CCM-photos. So, this is "Perv" - with "Rocky and Gizmo": 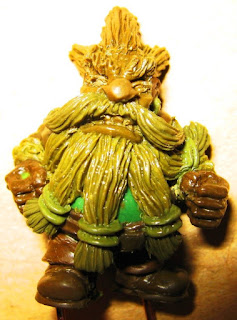 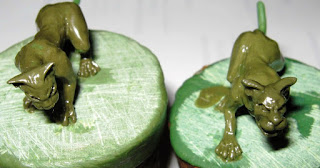 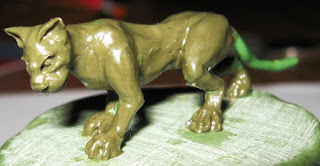 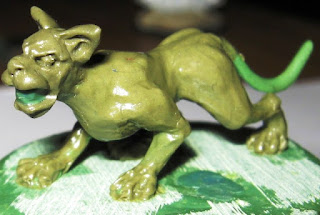 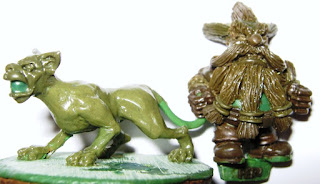 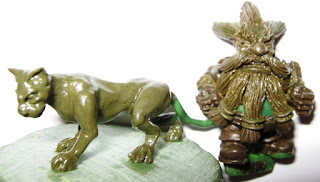 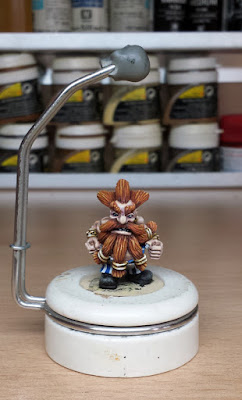 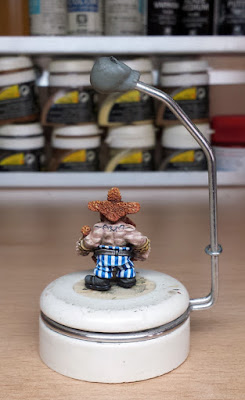 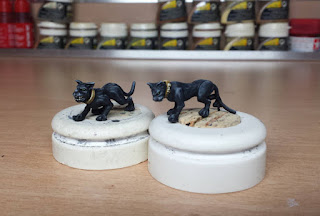 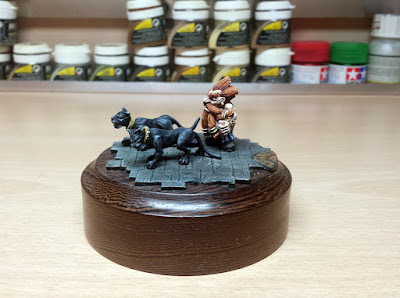 But then we came to the inevitable question ...: "where there any casts left? " Not that I need to owe every John Pickford sculpt made, of course - but it would be nice having this wonderful piece documented on the Wikia and looks a lot of fun painting.

George refused letting me buy one but we agree on doing a trade. I've sent him some Ewal Dwergar and in return, I've got a couple of sets of this awesome little dwarf beast handler :)

And here he is, with his dear cats - ready for being filed and documented 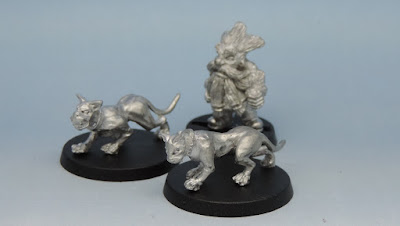 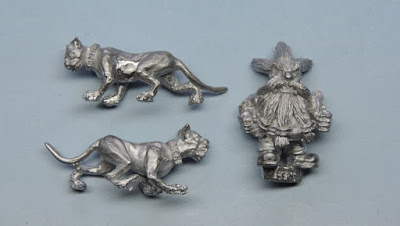 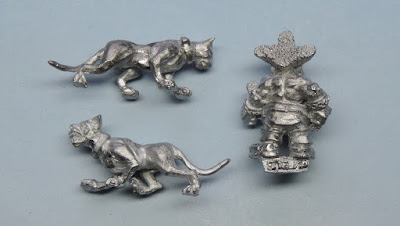 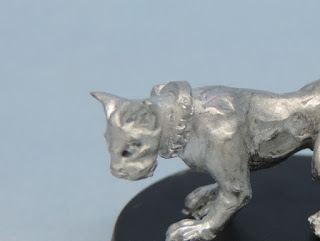 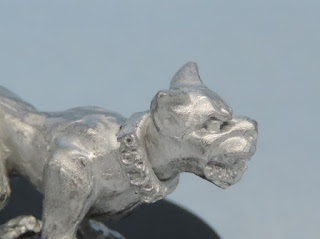 And Perv and his cats are now well documented on the Wikia as well - check him out here.
Posted by CLAM at 10:45 AM