A pair of Sjoerd Trouwee sculpts converted and painted

And speaking of Sjoerd Trouwee's return... 😀

Those of you following his blog: Evil Little Buggers would already know this, but those who don't, here's something quite special. The started of a hole batch of new chaos dwarf sculpts 😮 Not seen since the days of Twisted Tales.

Recently, Sjoerd made a decision to finish what Aly Morrison started back in 1990 when he began creating the Marauder Miniatures MM90 - Chaos Dwarfs range - and that's to do a mini-me version of 27 specific Citadel Chaos Warriors - all sketched by Aly many years ago. You can ready all about the start of this journey here and you can follow progress on his blog and on CDO, here.

Sjoerd has complete four of the dwarfs already and he is currently working on another two - and I can't held off from showing them here as well - brilliant, brilliant works😍 Hopefully these will all be moulded and get cast. 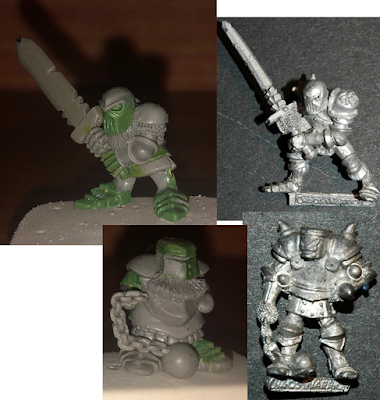 
And I've just painted another two. Not 100% Sjoerd pieces, though - as they are converted with bits from the bits box.


As you see above I've already painted the Ewal-twins (and Volath), so looking at doing a 3th twin ((?) - that would be actually be triplets, wouldn't it?) it had to be something different (yes I'm one of those, one unique miniature only kind-of-guy). Therefore, using Oluf/Olaf as base I had to convert it - just a simple head/weapon swap and adding on an old Citadel shield, but it sets him quite apart from his twin brothers, I think. 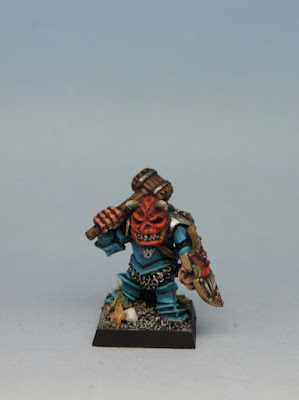 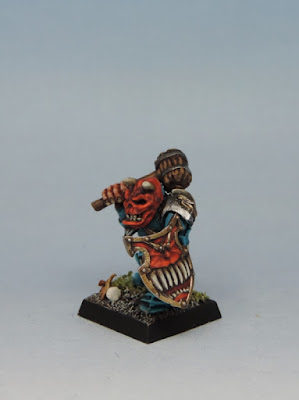 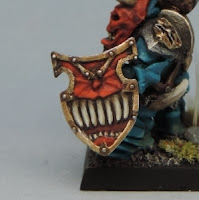 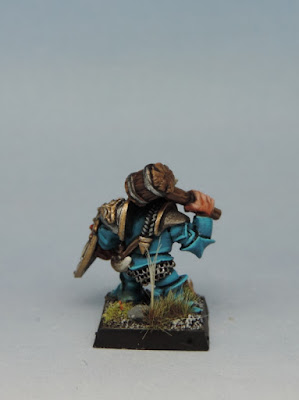 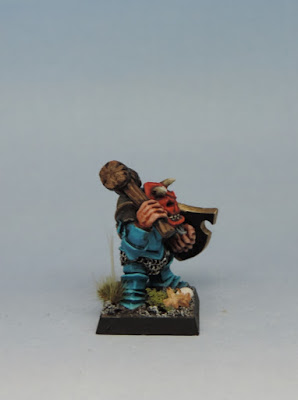 Second one is another conversion. This one uses a Hasslefree Miniatures HFTTD009 Gharlund Deadfoot as a base. I got two of these miniatures, and they came with two head options but only one weapon option, so I gave this one a Scythe (instead of his normal axe). 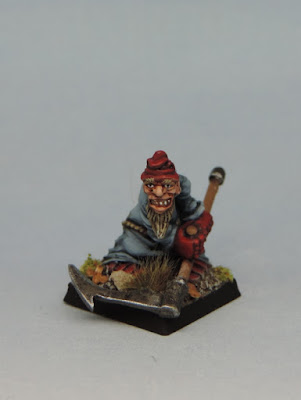 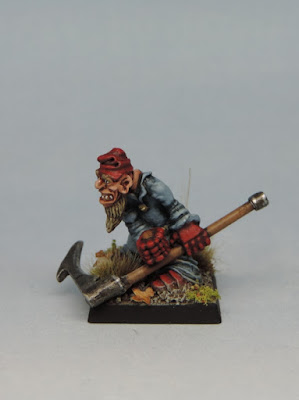 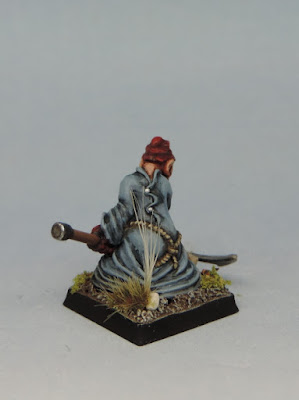 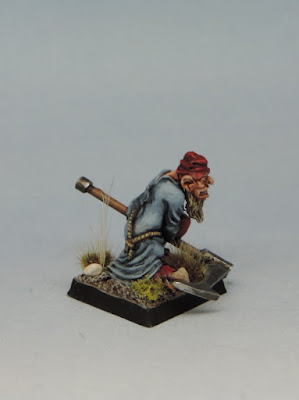 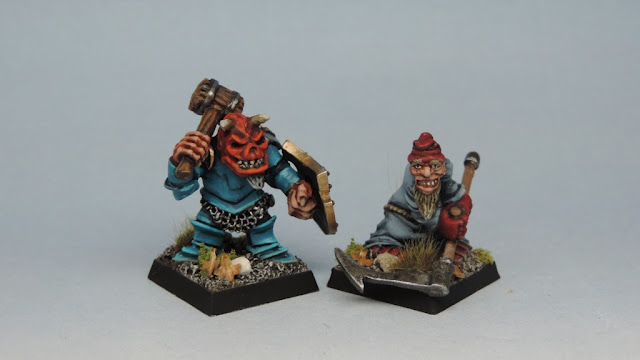 And for those of you that might be interested in these Hasslefree pieces I should probably inform, that the range has been sold off. Macrocosm Miniatures is now the owner of the old "Twisted Tales" range. Many of them has been converted into multiple new troop-choices for their Dark Dwarves and  the originals are rather unrecognisable - and I couldn't find Gharlund in there. You might have some more luck searching.