Quit like this "one blog-post a day"-thing going one here, don't you? (I need more holidays staying home😊) - and there seems to be no end to this MM90 Painting Challenge revelation.. either 😊
But there actually is, because this is the last painted MM90 sitting here... for now. I still have 9 unpainted pieces laying here, but another two have just been prepared. The just called MM90/6d and the Marauder Chaos Dwarf Mage (MM90/1a), Sjored already had painted, before we kicked this off.

The one I'd show down here today was painted due to two continental guy communicating in a secondary language (English). See, before I call a challenge I usually ask Sjoerd what he has at hand. He was stationed in the Middle East, but his collection were in the Netherlands, so we were restricted painting those he had at hand. In one of our conversations he told me, not to pick: "hatchet man and sideswipe hammer man...". Probably it was lost in translation, but I took it as these two down here got ruled out. As I thought a Hatchet was a small axe meant to be used with one hand ... 😕

Apparently, what he meant was this one: 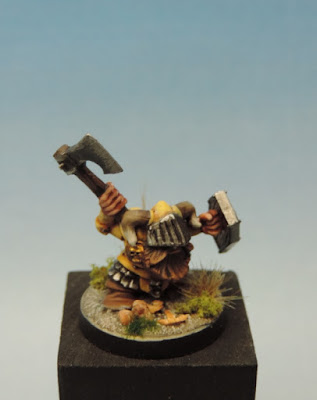 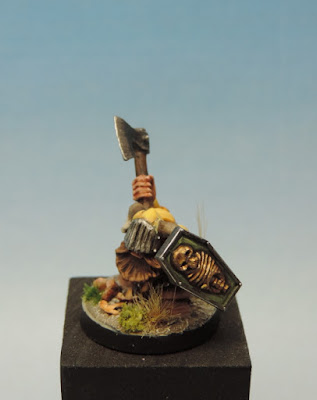 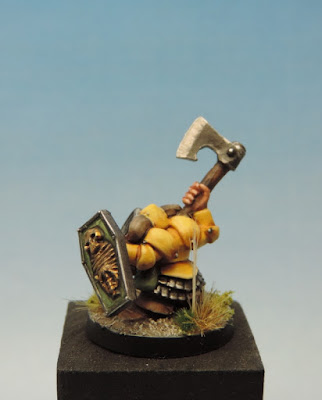 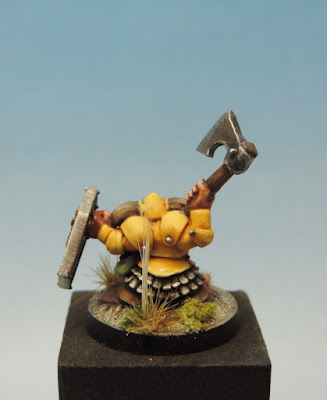 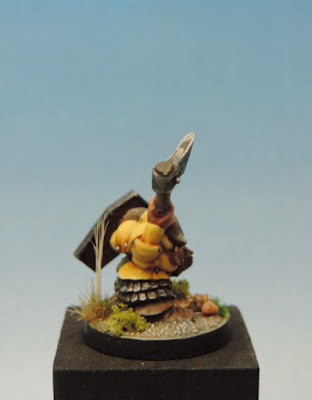 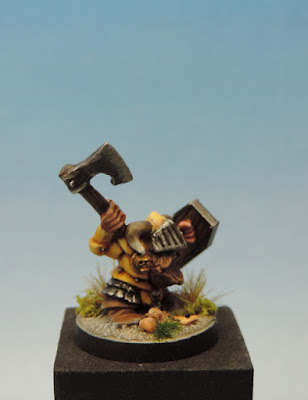