As said yesterday, the box from John included quite a bit more than just the new greens. One of the great many things being a passionate Pickford collector (wife would probably call it "obsessive", though I'm not sure why) is the opportunity of getting insights to the birth of long and glowing sculpting career. Today's update is about such "lost" gems - and I'm very excited sharing these 5 new miniatures, that have been added to the collection.

First one is a little miniature that was brought to my attention by Mr. Bernard Lewis (a former employee of Wargames Foundry). Bernard shared his huge collection of painted Foundry Trolls with me, but he also presented me to an unknown human female Druid/Sorceress: 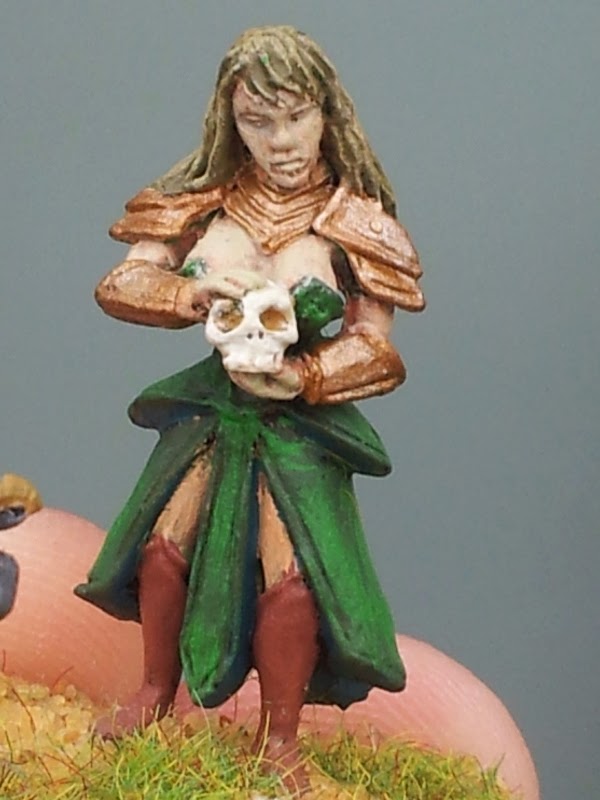 Many here will know that John's sculpting career really took off when Foundry commissioned him doing huge ranges of fantasy figures for them. The connection with Foundry also offered an opportunity of having some of his earlier works mastered and cast in limited numbers for a personal use, This female Druid is one such miniature (you can find her and all the other's here at the Wiki).

She is one of the first human sculpts John did - and definitely the first human immortalised into a metal miniature, and didn't take on the human subject until he made the seven sisters for Wargames Foundry (the UND11 Witches and UND12 Witches' Coven)

I confronted John with this story and he plead guilty of sculpting her. The exact words, when asked if she was on of his, was: "- that's awful! how could you possibly think I made her? Sadly enough, I did, but in my defence it was before I worked for Foundry. I sent it to them and they cast her up. At the time I thought she was great!" Does it sounds familiar :)

- but I disagreed, of course, as I found her rather cute - so after a search in the closest of shame, John managed to dig one out this: 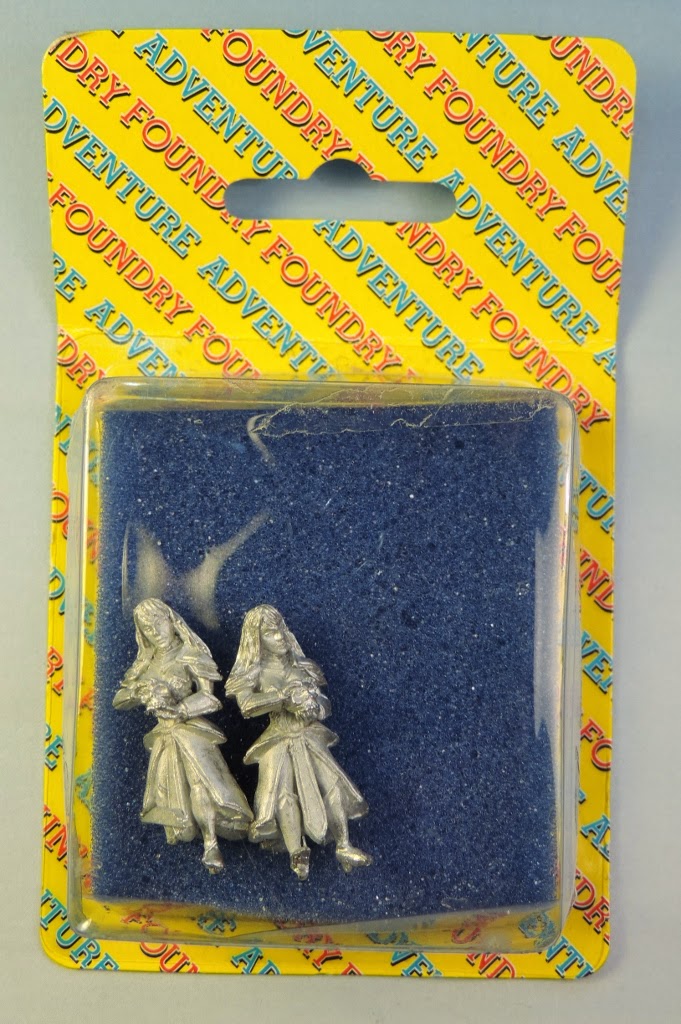 - and it really seems that Foundry did help with this one - packed in a classic Foundry blister. The left one is a miscast (missing her leg) but the second one is just perfect. 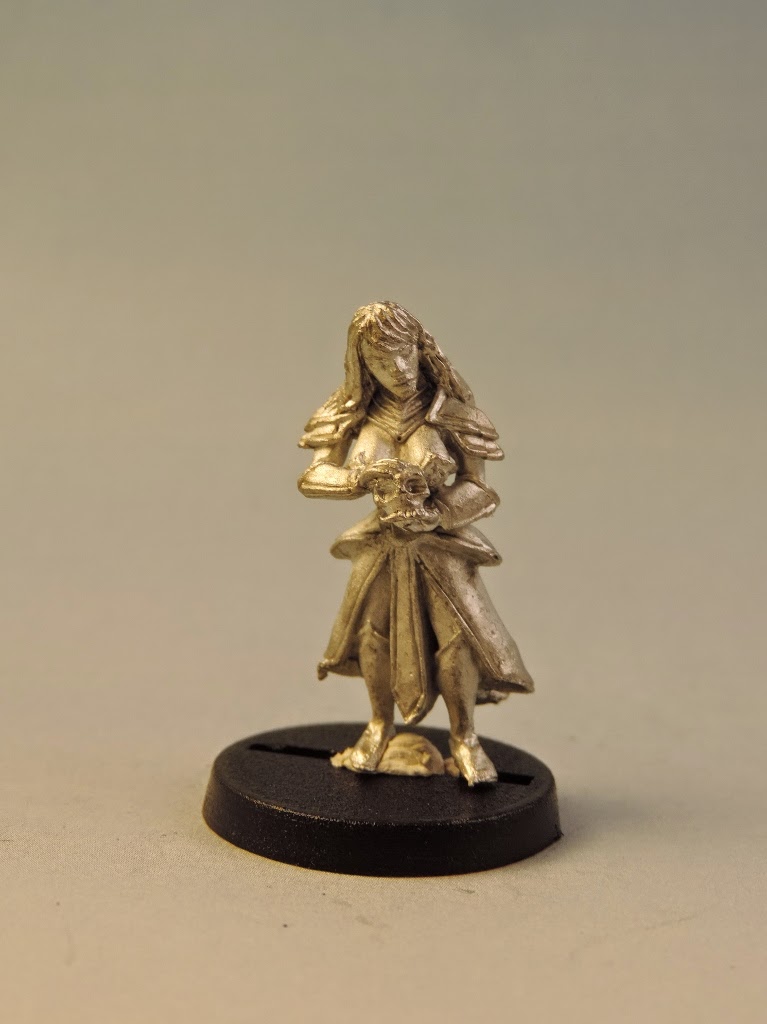 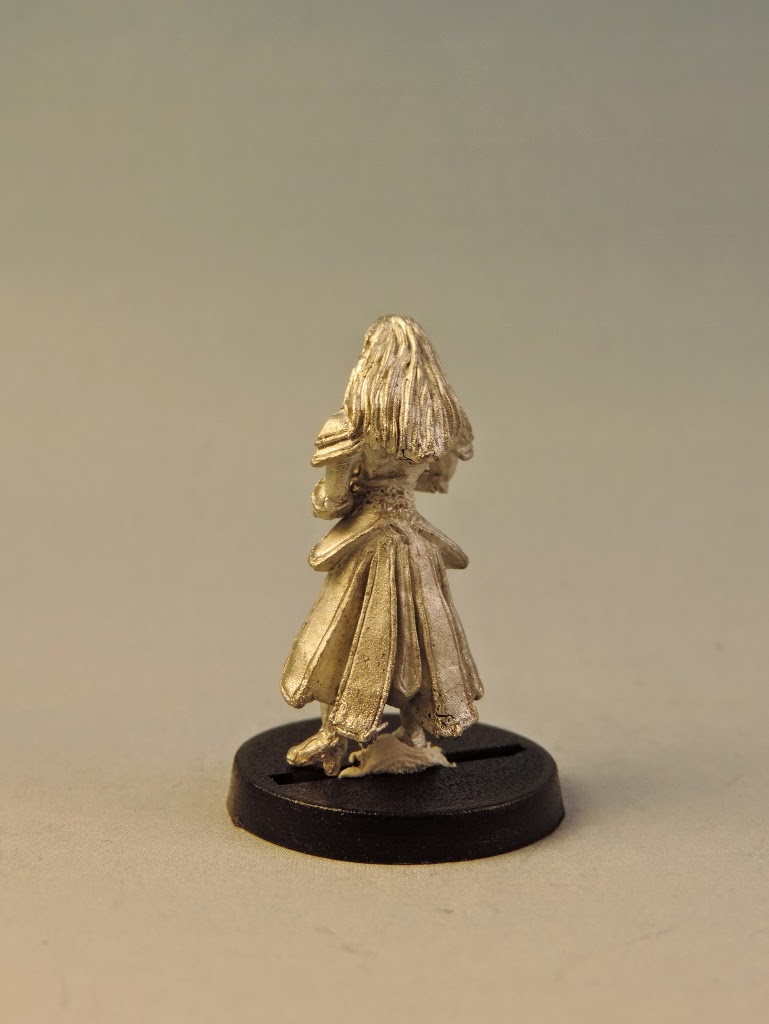 And she is sitting with Bernard's original painted one in the Collecting John Pickford-Wiki, now.


See that was the curiosities, now the oddities. Again the theme is humanoids and the next 3 miniatures are actually official Foundry's Miniatures, but I don't think, that they have actually found the moulds for them, yet.
In the glory days of Foundry Fantasy, John started working on a range of Evil Barbarians for them. Not sure how far/serious they took this project, though - but I know of 4 different packs being made - a leading character and 3 packs of 3 warrior types.

The pictures here are rather small, but they are the only evidence I have of their existence.

They are the only proff I had till I found these 3 guys in my box: 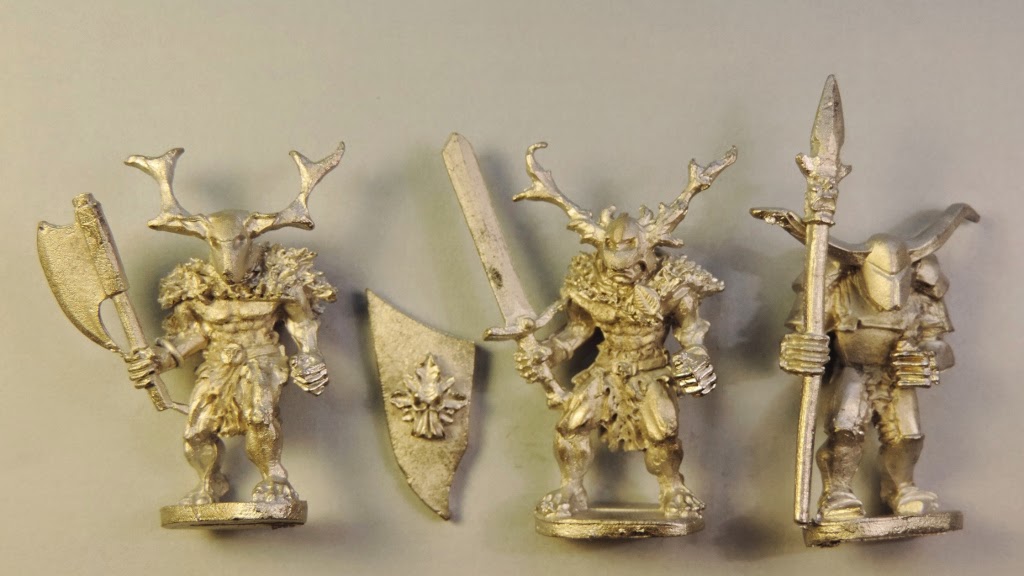 I know, that John doesn't really like them and would have liked re-sculpting some of their details. To me, I think the do the their job as retro fantasy miniatures suitable to be mix with other ranges of chaotic warriors and barbarians from the pre-2000 era - and they will definitely be added to my Warriors of Chaos Warband.

And speaking of a possible re-sculpt, John also gave me this test-piece where he tried changing some of the "problematic" elements, but was never commissioned to do the overhaul.

Next time, we'll look at much more tradition Pickford subject .... a Goblin - stay tuned.
Posted by CLAM at 5:53 PM