I cant' speak about John "Poshgoblin" Pickford's early career without it's involving goblins, so today's update will be focusing on a very victorious greenskin sitting on his slain arc enemy.

Today's miniature is another lost gem and was sculpted in the mid 2000's, I think - about the same time John did the probably more famous "Dave, on slain dragon head" released by Hasslefree Miniatures.

The Goblin on dead Dwarf has only been cast in very limited numbers (if more than one have actually ever been made). So, for a long time I'd admitted this from a distance and only known of its existence from a picture John had shared with me. So you can probably guess how I felt finding it in my box. I'm overwhelmed by the generosity shown and I'm very honoured and deeply touched being granted this unique opportunity.

It's an incredible and humorous piece with the goblin smoking on his dead enemy's pipe. It's so rich in details and the sculpting quality is very, very good - and the diorama is in great contrast to all the Dwarf, on... (insert any word) pieces made by various sculptors/certain companies. It's brilliant. 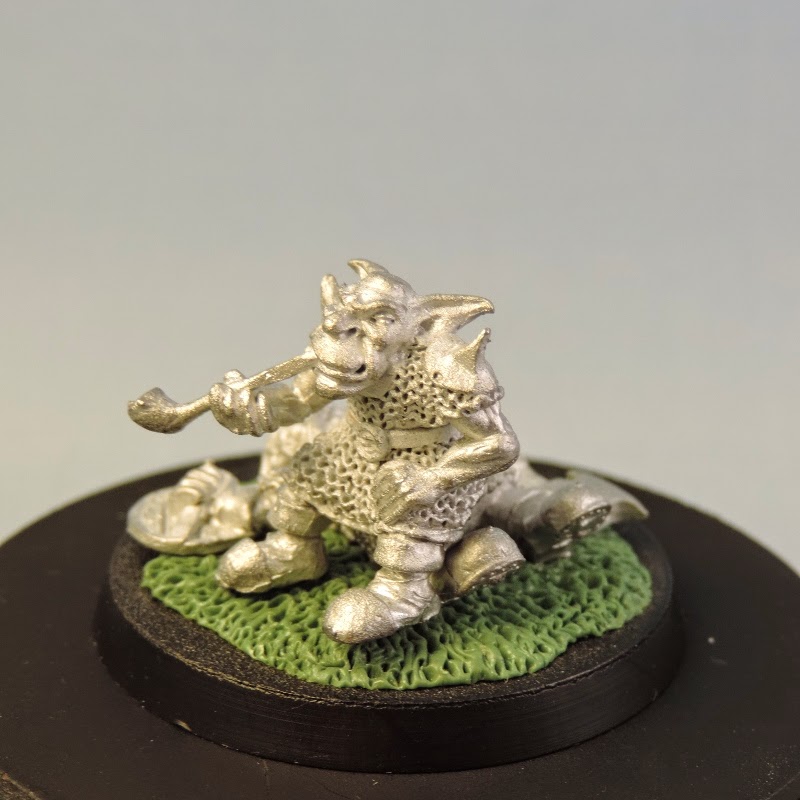 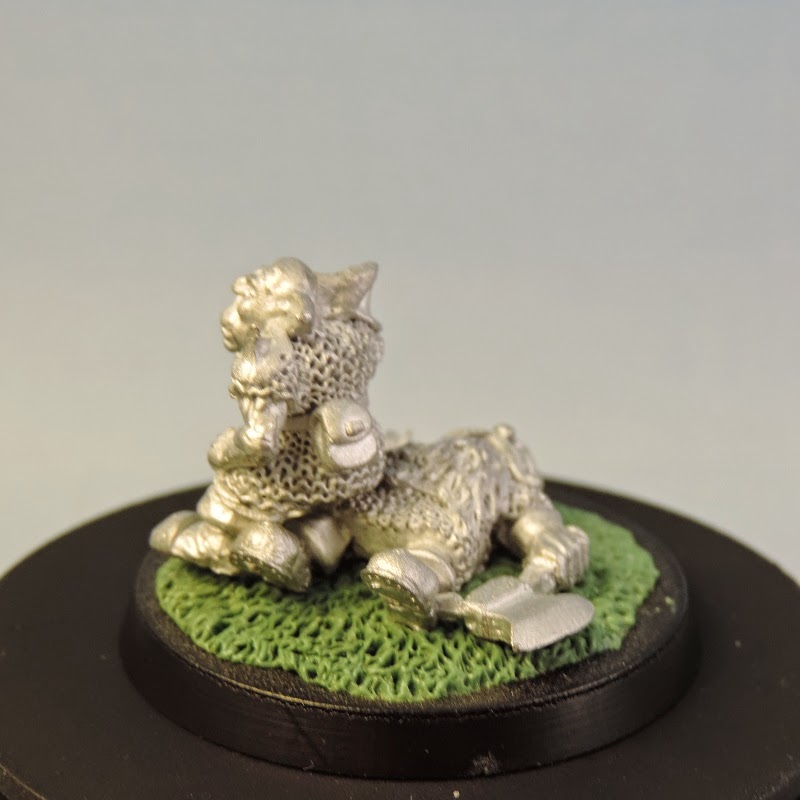 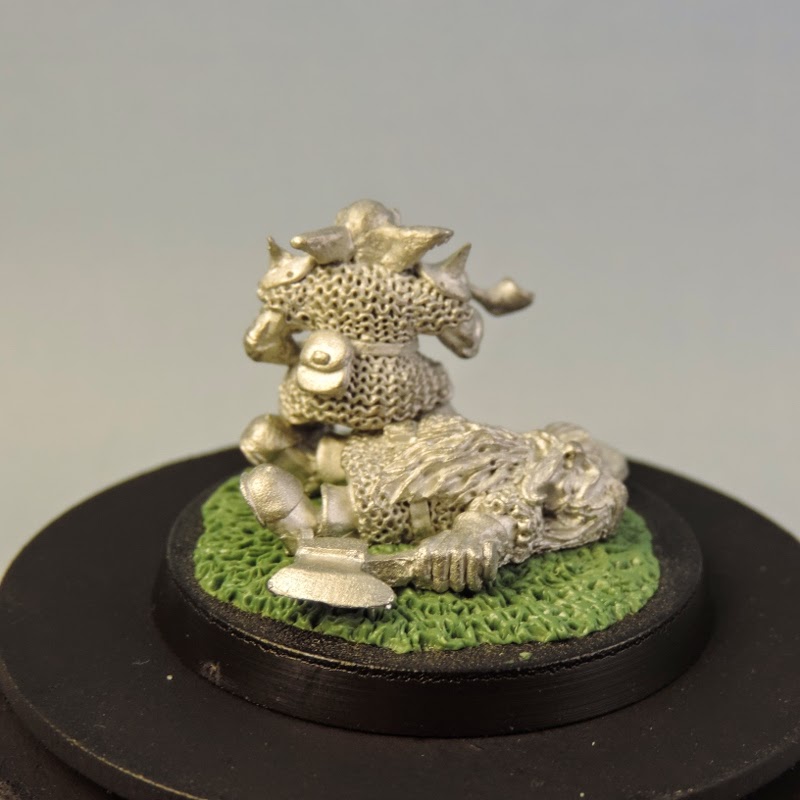 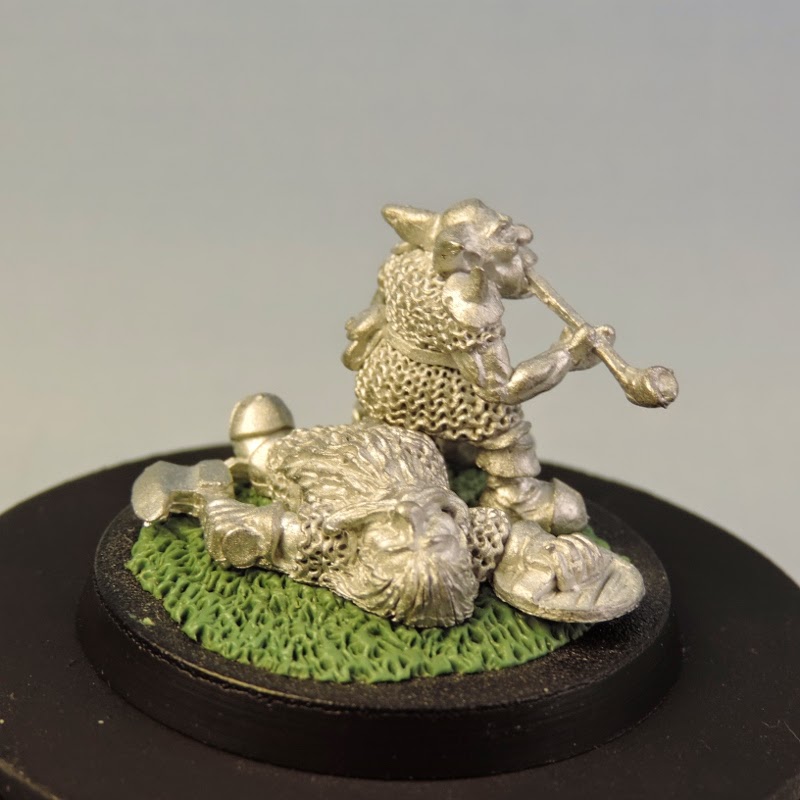 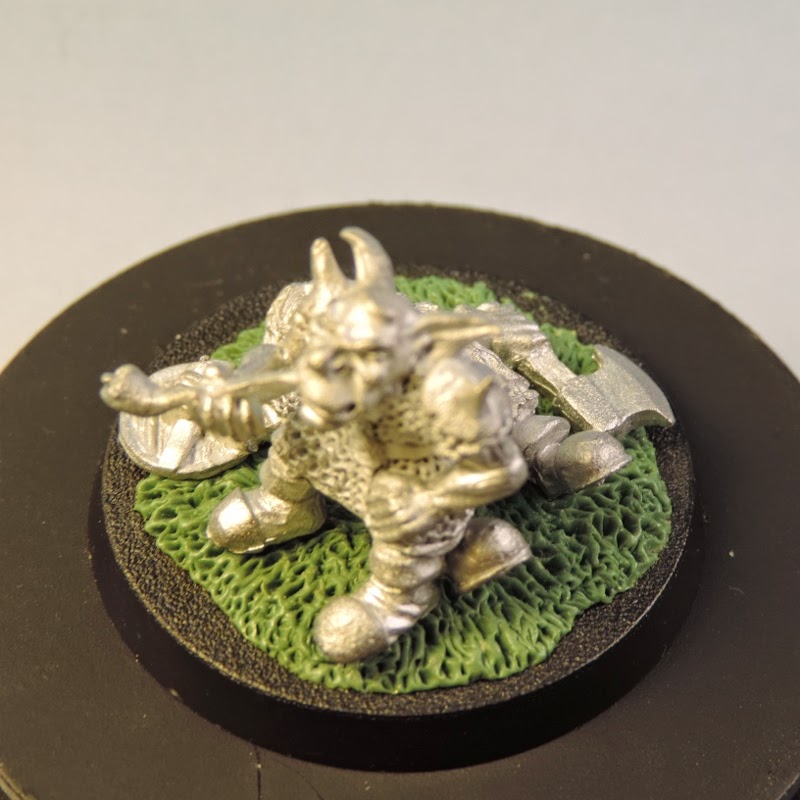 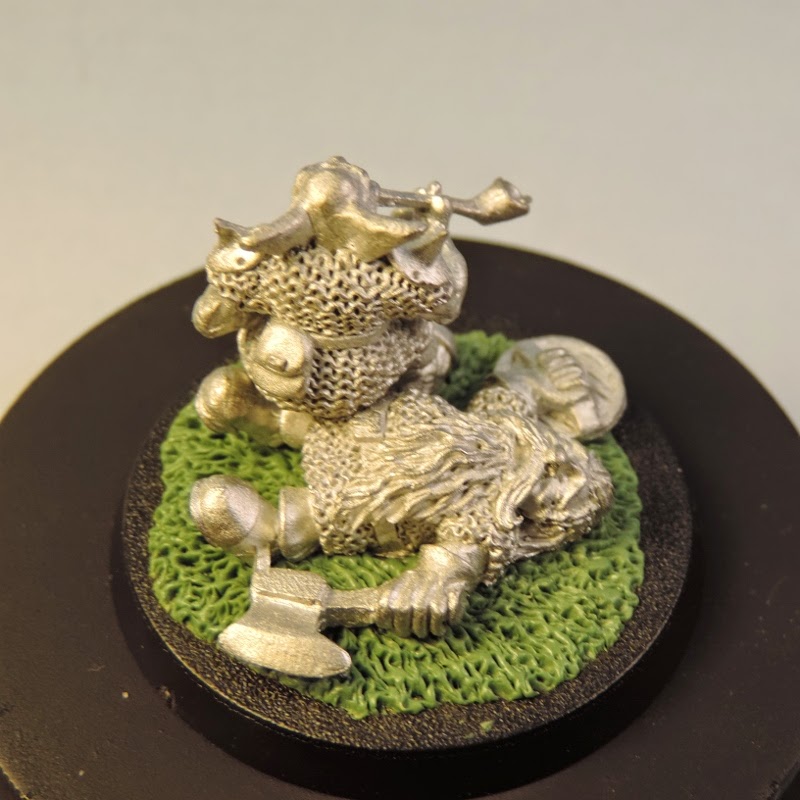 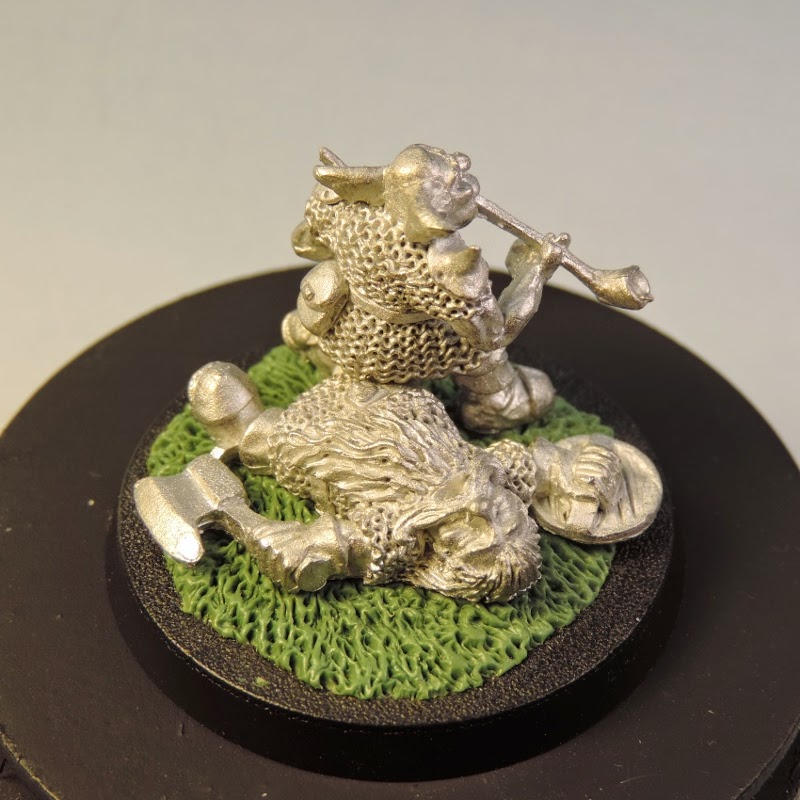 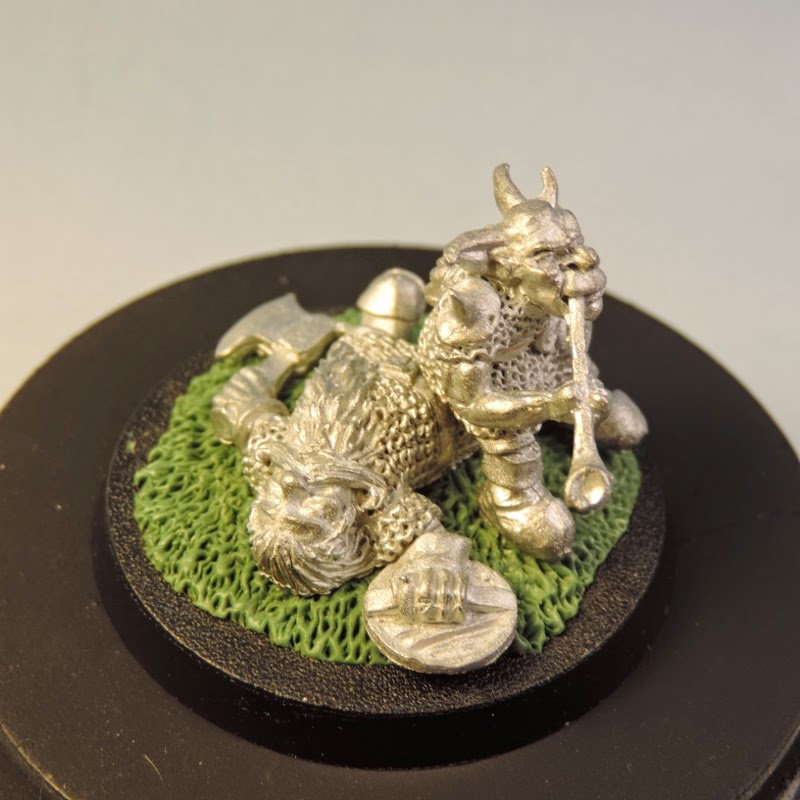 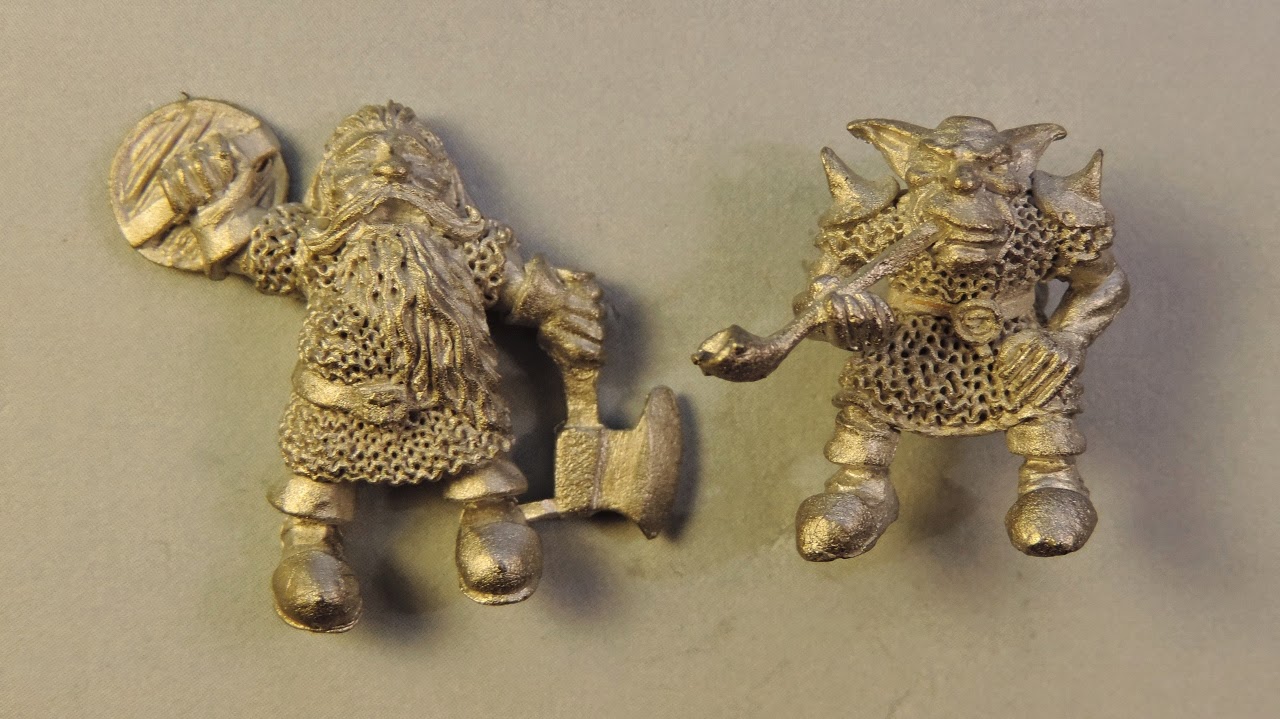 As said, it's made in the same period ad the Hasslefree released piece. Can't say why this wasn't picked up by anyone. I love all the personalities in Foundry's Goblin range, but to me this one here is probably the most lovely and characterful goblin John has ever made. This one, and the Hot Pot Fanatic made for Twisted Tales (range now with Hasslefree Miniatures).

The diorama has also been added to the Wiki.