More Ewal Dvergar, a Bird Shaman and an ugly beast

These here were also painted back in November/December. Most of them are from my private Ewal Dvergar/John Pickford adventure - but also 2 pieces sculpted by myself.

First, the most anticipate Ewal Dvergar core warriors with Crossbows. You simply can't do a Dwarf Army without a huge section of missile troops, can you? When I set out on this venture the crossbow men where second on the list of what I wanted to build, and am very pleased with the result. John did an incredible job sculpting them. 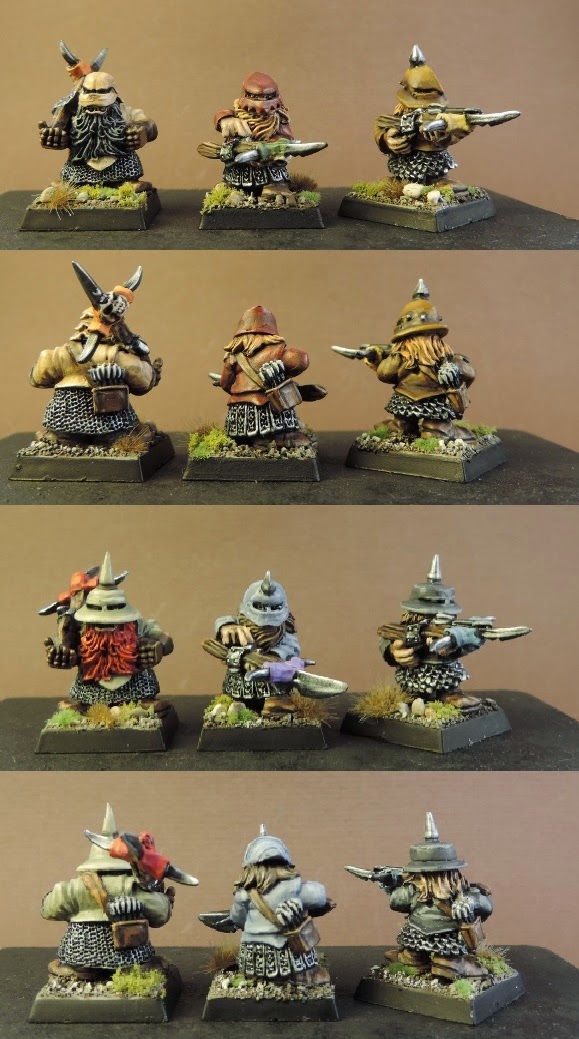 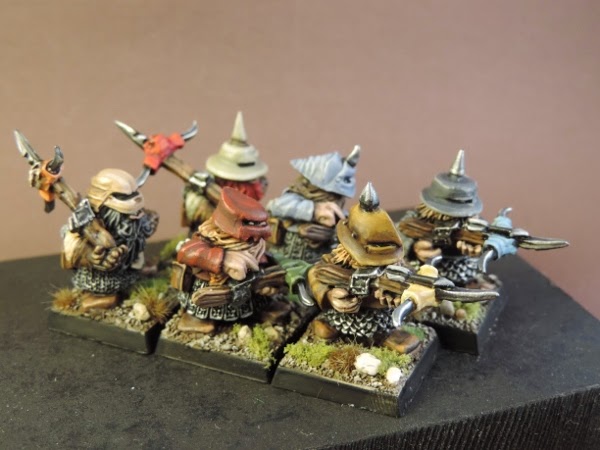 At the same time John worked on the missile troops he also took on the task of doing a command group/support - or more precise a musician and a standard bearer. He did a fantastic job - and the two was an absolutely joy painting. 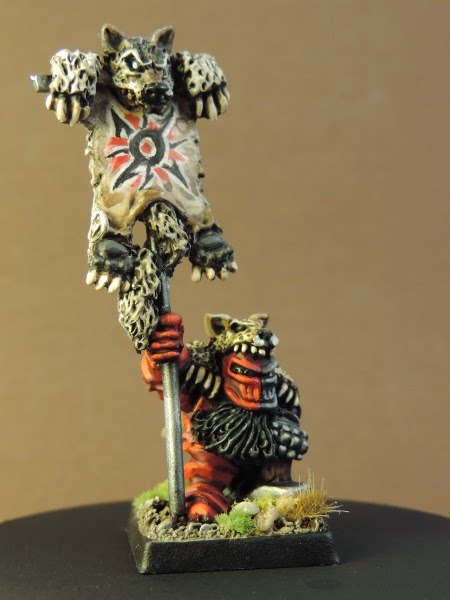 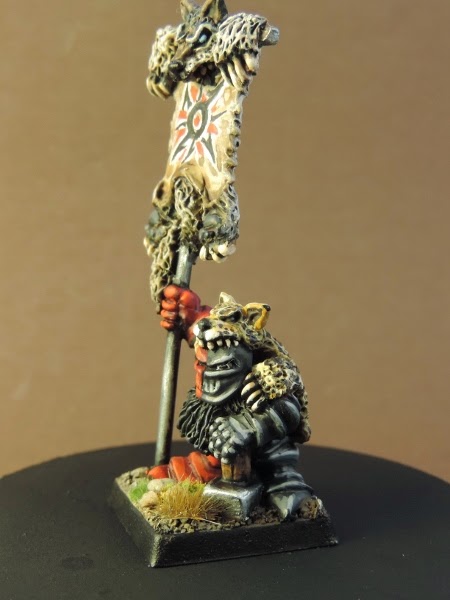 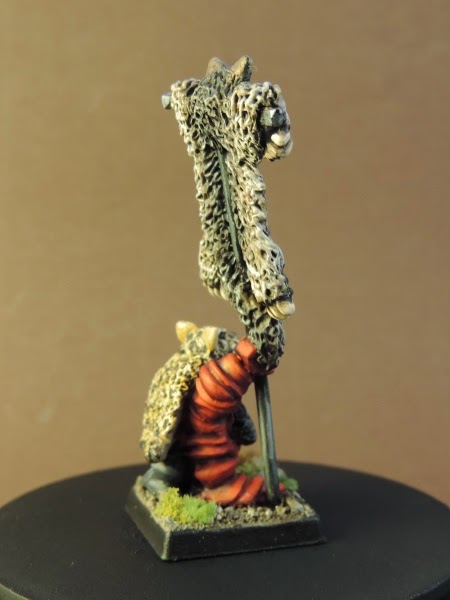 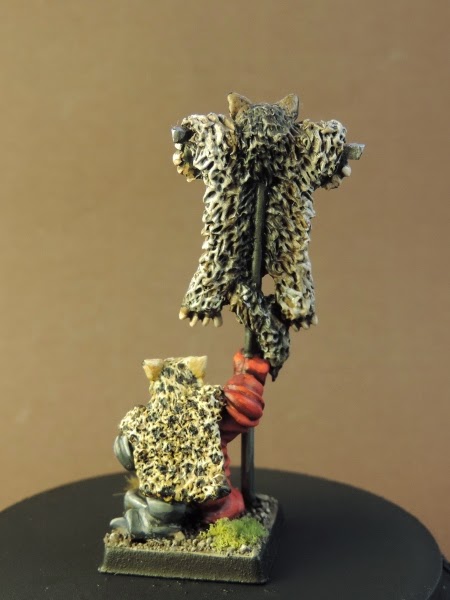 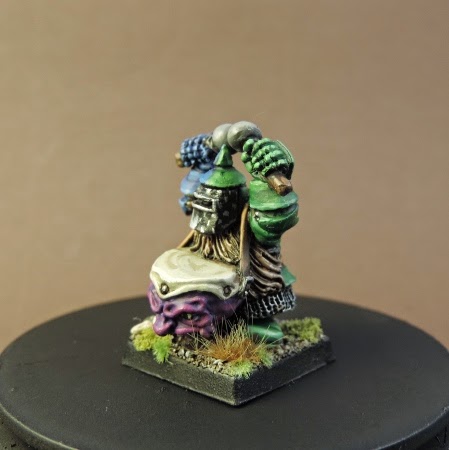 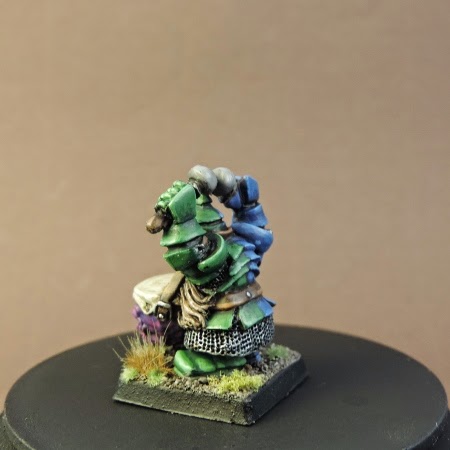 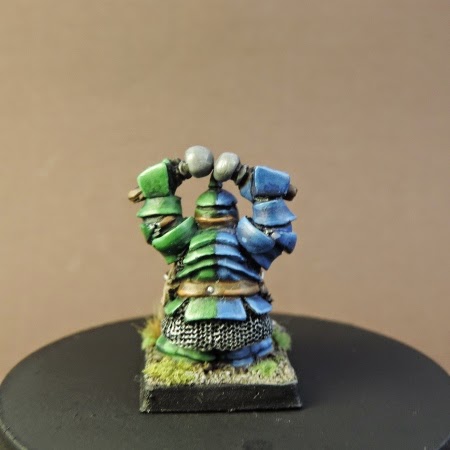 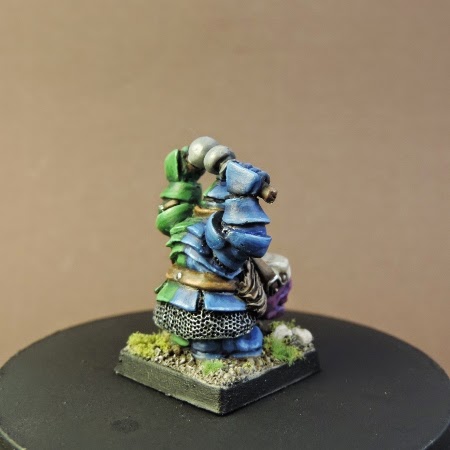 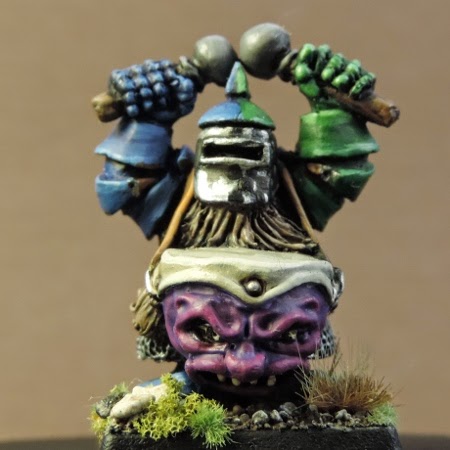 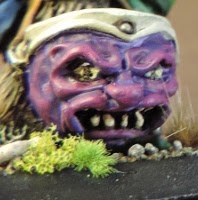 And the complete group beside each other: 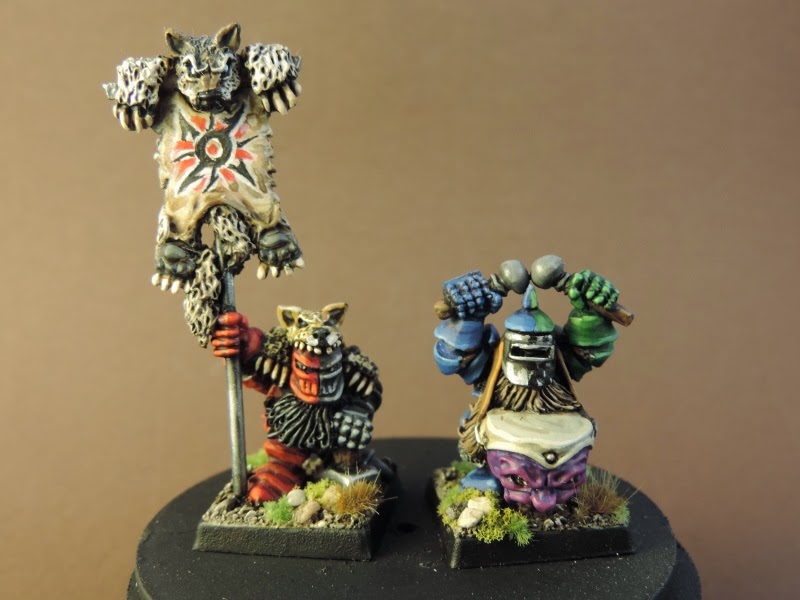 One of the many benefits of doing your own miniatures are that a empty slot in your master mould can be filled out with your own weird creation just for the price of metal - and with 8-10 spins from those moulds, I'd have enough piece playing around with and perhaps paint. In the latest master mould I found room for two of these home-brewed miniatures.

First one is a "Bird Shaman". Haven't had the courage yet, to try doing faces - so I covered his face with a huge bird skull. Will make a nice proxy Sorcerer in my Dwarf Army till John can do me a proper one :) 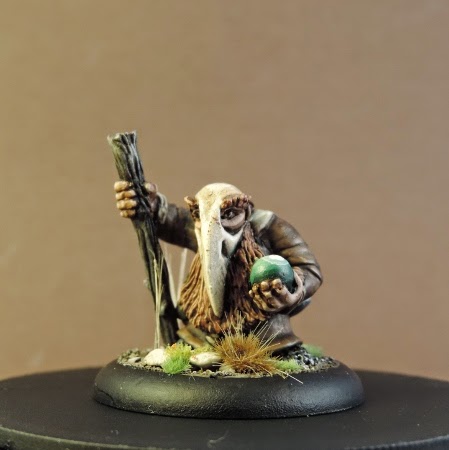 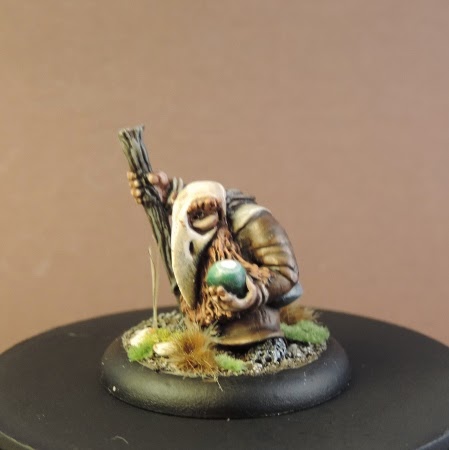 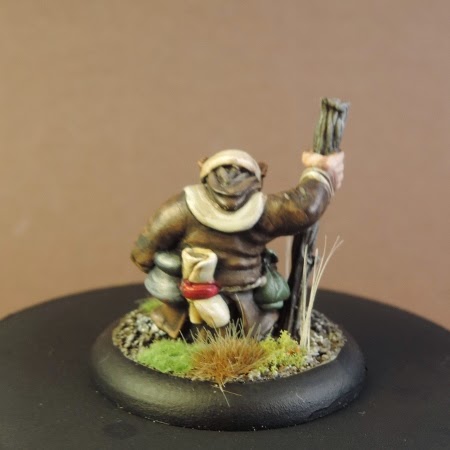 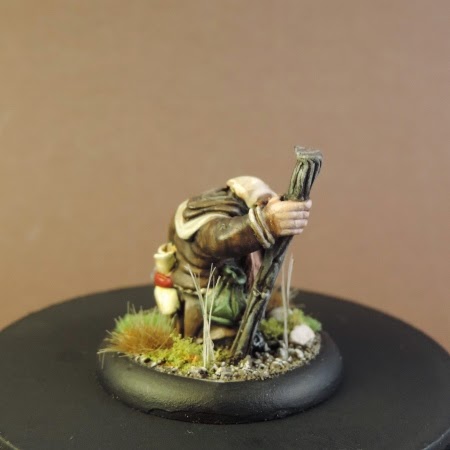 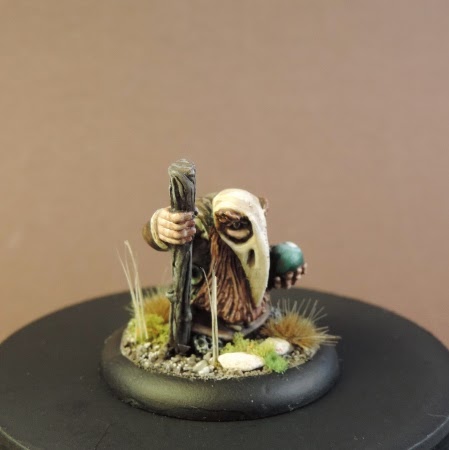 Second one is slight more weird. I've had some sculpting practise dwarf dollies made which I've been using for spare epoxy putty - one of these dollies ended up as a snake/beastly creature and have been painted too. To emphasize his snaky look, I gave it a Coral Snake colour scheme ;-) 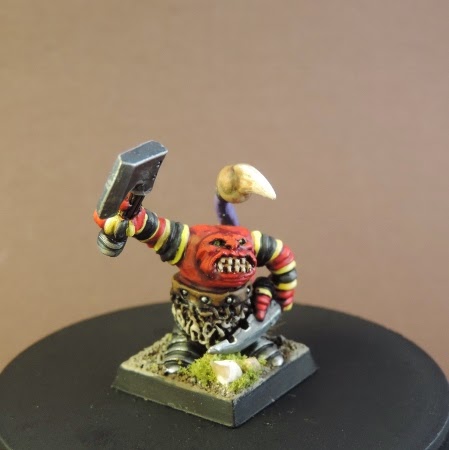 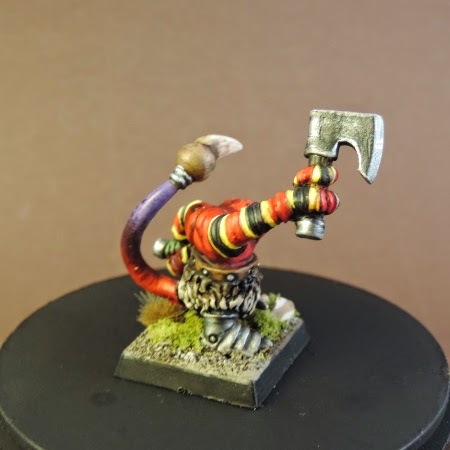 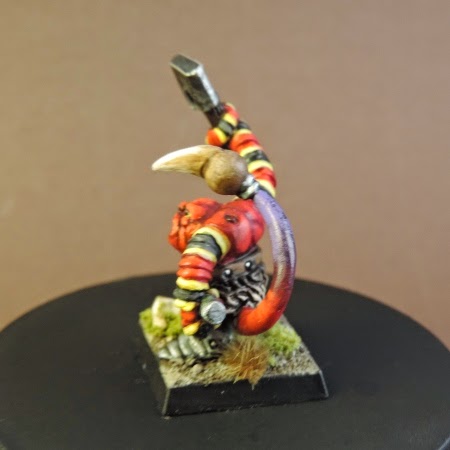 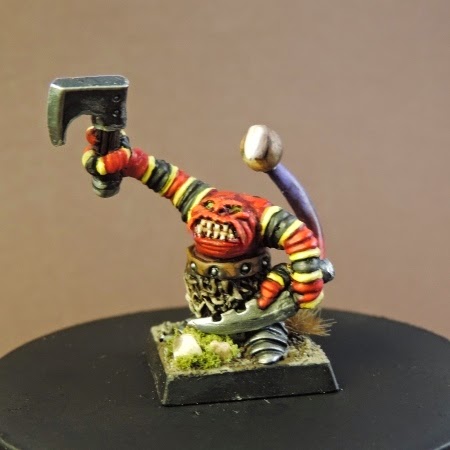 So, I got 10 more "men" ready for the battlefield: 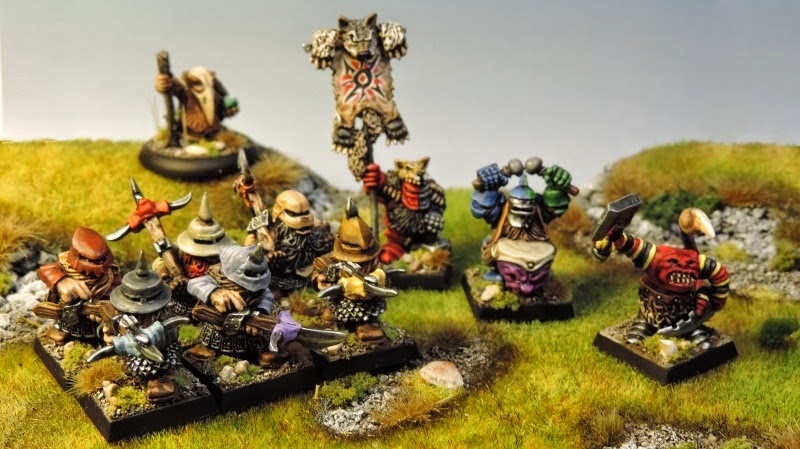